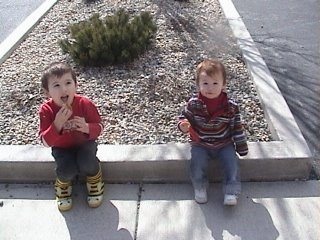 What a DELICIOUS Day!!!

Wow, it felt like spring today! It was amazingly invigorating! It was up to 70 and sunny. It was quite windy too, but I LOVE the wind as long as it isn’t bitterly cold. We opened all the windows and let the house air out and it smells lovely and fresh in here now.

So, we “ate up” this delicious day, that is for sure! We took a walk in this lovely double jogging stroller and went to the park with the kids. They had a blast. I really wish the picture of them in the swing together was a video, because they were laughing hilariously and it was just too cute. I dont think they will fit in there together for much longer, as it is quite a squeeze already, but they just love it.

After naps, we went out to run some errands and get groceries. Once home, we washed the car, played in the water, cleaned out the garage and then I started cleaning out the flower beds. I had been needing to for a long time, but I was partly intimidated and partly lazy! The former pastor’s wife was apparently quite the gardner, and I didn’t want to mess anything up. All of the flower beds are well arranged with perrenials to bloom in spring, summer and autumn. I didn’t know that until we moved in, so it was a beautiful surprise to watch each new thing come up and bloom!

Anyway, I dug in today and starting pulling out overgrowth of ground cover that had taken over part of the sidewalk, and was taking over the yard too! Once I got started I could hardly stop. It felt so good to get some dirt under my fingernails and it sure brought back memories of childhood days and working in the garden with Dad. I didn’t have the proper tools, so I went to town with Joshua’s toy hoe, and a drywall saw! I still have a lot to do, but I worked until it was too dark to see and it was simply invigorating!

The kids had a blast being outside most of the day. I think an added benefit will be a good

sound sleep tonight! By the time we went in the house, they were drenched from “helping” Daddy wash the car, so we put them right in the tub and scrubbed them down.

It was already nearly 7:00 and we still hadn’t eaten, so I went into the kitchen to figure out something quick, when the doorbell rang. It was Daniel, one of the hispanic guys, bringing us still warm, freshly made tamales from his aunt!! Woo Hoo!

We must have worked up quite the appetites, because with a little help from Joshua and Dominqiue, we polished off a dozen in no time flat!

I hear that next week it is supposed to get cold again and snow, but for now I prefer to think spring is on the way, and look at these pictures to prove it! 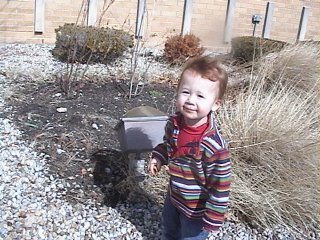 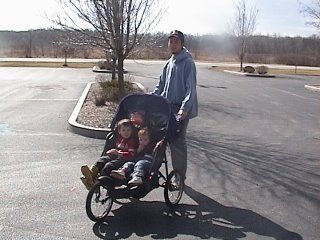 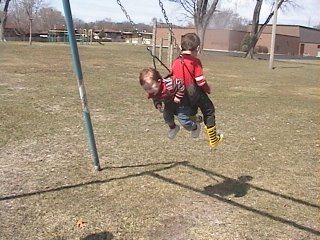 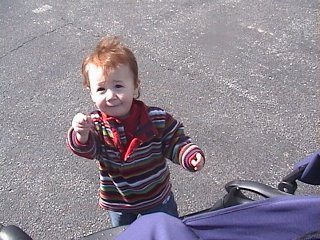