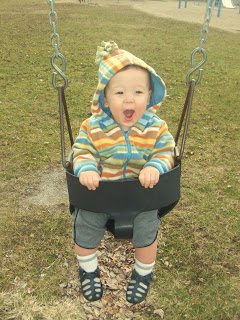 I cannot believe this day! It is like a record high of nearly 70ºF (20ºC) – in JANUARY!!!!!! Did I mention that I can’t believe it? I kept having to pinch myself and remind myself that it is still January, even though it felt like April!

So, we pushed back most things on the “agenda” and went outside! We started with a walk to the park. On the way there, Dominique pushed Israel in the stroller, and Joshua rode along on his bike. On the way home, Israel was in the Ergo, and Dominique walked half the way, and then sat in the stroller for the last half!

Anyway, see how happy they look to be outside in this awesome weather??? 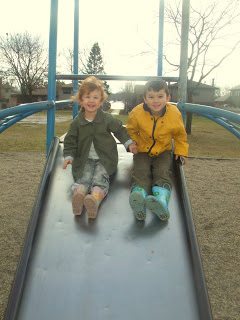 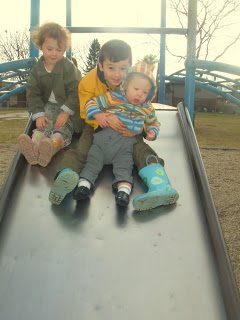 Israel really did like the slide – I just didnt catch his smile in the picture. 🙂 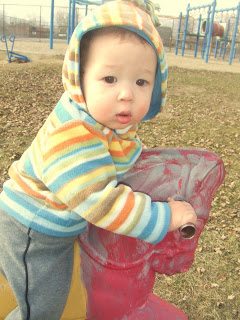 He also figured out how to make the horsie rock back and forth by himself, after he saw his siblings doing it! 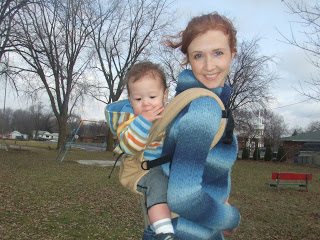 It was rather windy, but the wind was not cold, so it was quite refreshing! Aaahhh. 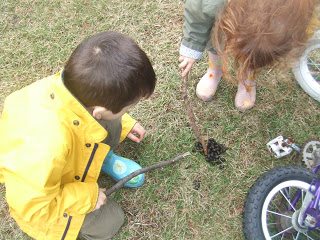 Upon returning home, we made an amazing scientific discovery! Deer droppings, right in our front yard! That was, of course, the most exciting part of our outdoor excursion. 🙂 We did a little scouting, and discovered quite a few deer tracks as well, in the mud, since the ground is now so soft. So, the children were thrilled with that and Joshua called it our “deer adventure”. 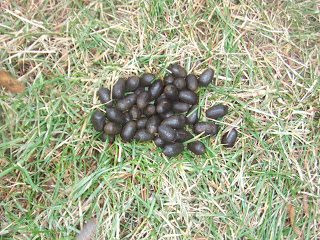 Then I let them play in the sandbox for a good hour. Why not? How often do we get weather like this in January??? They were so excited, they decided to make “New Years cakes”, which consisted of sand, mud and salt mixed together, topped with rocks for decoration and sticks for candles. Joshua insisted that it tasted like watermelon flavor, and Dominique agrees with whatever he says. 😉 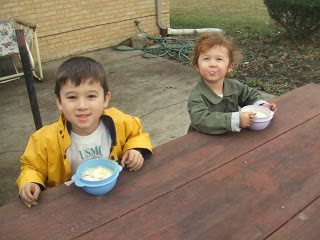 Then I let them eat lunch out on the picnic table too. Did I mention that I still can’t believe we had a day like this in JANUARY??? Just as a reminder, let me post a picture or two of what it was like here last week, and will probably be like again next week: 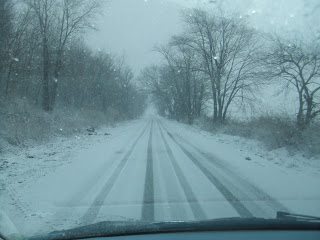