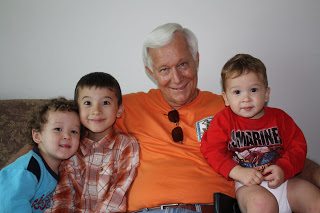 Well, the past few weeks have been eventful in both good and bad ways. I will start with the good ways. 🙂 This city hosted a conference called “Truth and Transformation” that was revolutionary! By a series of events, the conference was moved at the last minute to our church! The four main speakers were Bob Moffitt, Vishal Mangalwadi, Hector Torres and Roosevelt Muriel. (You can also see Roosevelt Muriel and Hector Torres in this excellent documentary: Transformations.) What a powerful line-up of wise, dynamic speakers!

Due to our friendship with veteran missionary Cleiton Oliveira, we were also allowed the privilege of spending some time with some of the speakers, right in the comfort of our home! This is Bob Moffitt, whom our children called “Grandpa Bob”. He founded Harvest Foundation in 1982, and authored If Jesus Were Mayor – I HIGHLY recommend every believer read this excellent book. Be prepared to be deeply challenged if you do! 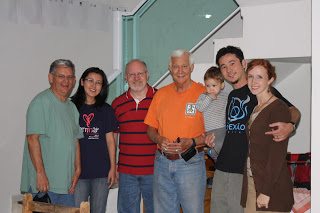 Above, Cleiton Oliveira on the left, who has taken it upon himself to mentor us. 🙂 We feel deeply grateful for his input! He has a wide variety of life and missionary experiences. Currently, he is working with some indigenous tribes in the Amazon.
Next to him is Luciana! My sister-in-law, who came for the conference! (And to see us!)
Next is Richard, another missionary who lives in the next state north of us, and then Bob Moffitt, and us. 🙂

Below we are with Hector Torres. He is originally from Colombia, but has lived in the USA since he was 10 years old. Not all of his books are available in English, but many are. You can check them out here. 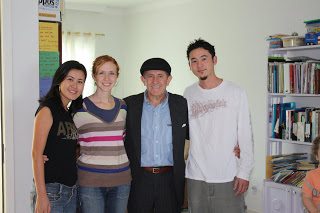 Johann and Vishal Mangalwadi, from India. He has authored many books as well, one of which I have just finished: The Legacy of William Carey- A Model for the Transformation of a Culture. I bought several of his other books as well, and am looking forward to digging in soon! He is such a deep thinker and provoked us much in our thinking as well, about what it means to transform a culture and what the church’s role is. Please look at his website, at the link above on his name! 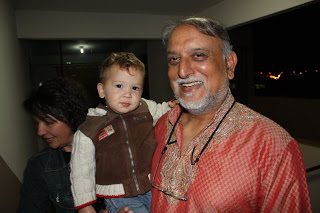 Here I am, translating for Hector Torres: 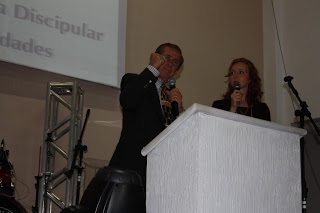 And here is Fabio, translating for Roosevelt Muriel: 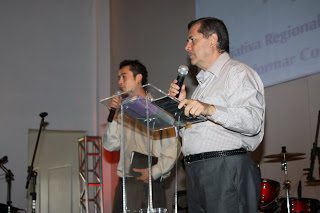 We were so grateful for the input of these men and the information and challenge of this conference. We feel the Lord arranged it so strategically, just at the time when we are seeking to know His full will for our time in Brazil. We feel we have a much clearer/ broader picture now!

Now, for the not-so-good news. Fabio got sick on the first day of the conference -Saturday. He struggled to go anyway, on the second day, but only made it to the afternoon. Then he was literally knocked out for a full week. 🙁 It was bad stuff.

On Thursday, Johann got a fever too. He stayed lethargically half-asleep on me all day long. That day also happened to be my 30th birthday, and it might have gone by unnoticed altogether, except for Luciana being here! God is gracious. 🙂
She bought me a cake, and some balloons, and made some “beijinhos” – little coconuts balls traditional at Brazilian birthday parties. So, with sleeping feverish Johann on my lap and sickly Fabio struggling to make it to the table, we sang Happy Birthday and welcomed in a new decade of my life. 🙂 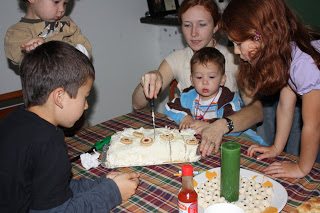 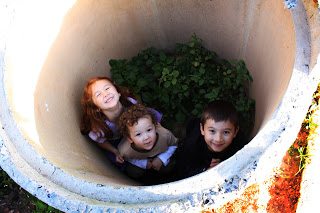 We were sad to not be able to “do” much with Luciana while she was here, partly because of not having a car, and partly because of Fabio being sick, but we still had a wonderful time getting to visit. We walked around the neighborhood and took some pics. Johann was sick, so he didn’t make in into this shoot…. 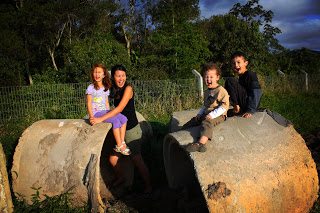 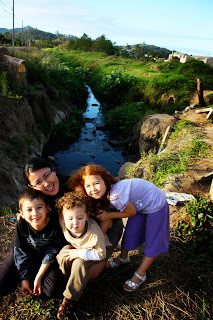 The last day of her visit, a lady from church offered to take us to the beach! It was a special surprise! We are so close, and yet without a car, SO far away! 🙂 We had a great time, except for Johann still being sickly, and cried most of the time, and Fabio couldn’t come. Actually, he wouldn’t have been able to anyway, because he wouldn’t have fit in her car! 🙂 Next time…. 🙂 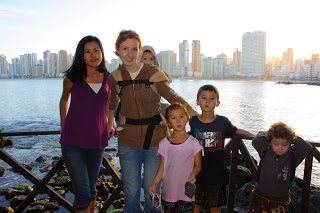 And the day after Luciana left, and the day Fabio was *finally* coming back to the land of the living, Israel got a fever, but it was thankfully short-lived. That night, however, I started to have terrible pain in my right side. Turns out it was gall stones. So, all week I have been struggling to function with the pain, and doing a cleanse to hopefully rid my body of them. It seems to be working, as the pain is down to a dull ache, like a bruise. 🙂

Please keep praying for us as we recover and get back into the swing of life!!!