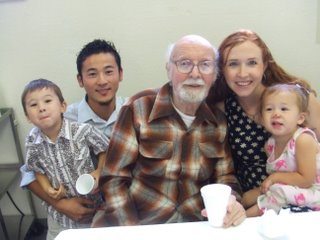 As I mentioned in my last post, we made a trip to Kansas City last week and this gentleman is one of the main reasons. His name is Wilhelm Baum, a German-born Jew, now US citizen, and retired missionary to Japan. He is now 91 years old! We stayed at his house, which he was quite happy about, because he is so lonely. 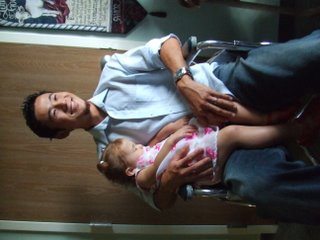 His wife has been in a nursing home for 3 years. Here we went to visit her. Fabio was sitting in her wheel chair with Dominique. 🙂 She was *the* sweetest lady! 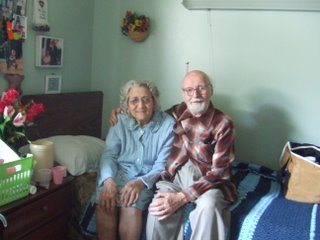 Dominique now looks at the camera and says “CHEESE”~! This is better than the last several months of looking the other direction, but it still makes it hard to get a “natural” shot. 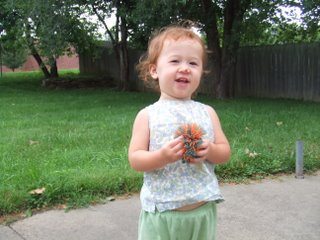 We did yard and house work for “Grandpa Baum” while we were there. Here the kids are “helping”. 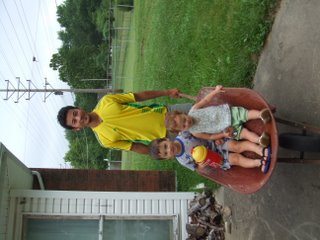 Joshua’s new hobby is “harvesting grain”. 🙂 They were a bit restless at times, so I got them a little farm set at a garage sale we went to to keep them busy. He harvested quite a lot of “grain” from Mr. Baum’s yard to keep in his silo. 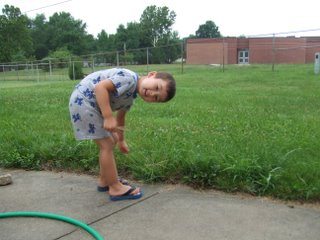 This is where the conference was, hosting Argentine pastors Claudio Freidzon and Carlos Anacondia, as well as merengue singer Giovanni. I know you probably havent heard of them, but they are quite well known in the Christian hispanic world and we really enjoy their ministries. 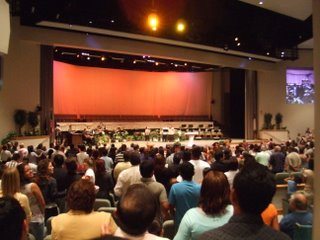 This is on the way there, where we stopped half way at a hotel with a pool. The kids LOVE it (and we do too!). 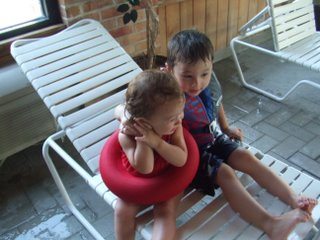 Ah, a family picture! Dont ask me what Dominique had in her mouth! hehe… 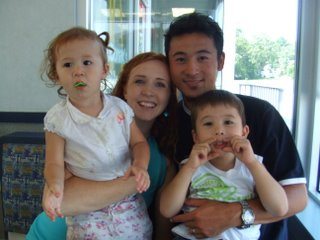 I had several other pics I wanted to post, but I must have reached the limit for one post, because it wouldnt let me post any more. MAYBE I will get around to posting them later, but then again, maybe not! They included pics of us at at Japanese restaurant with Mr. Baum (btw, it was really refreshing to have someone to speak Japanese with!), picture of our visit to IHOP (International House of Prayer), and a few other misc….

It was fun, and as always, it is good to be home! 🙂 One cool thing is that Dominique slept through the night every night! Usually when we are out of town, she wakes up alot, so I REALLY appreciated this! We also all shared one room, with no problems, which made me thing Wales could have worked out anyway! 🙂 Oh well….