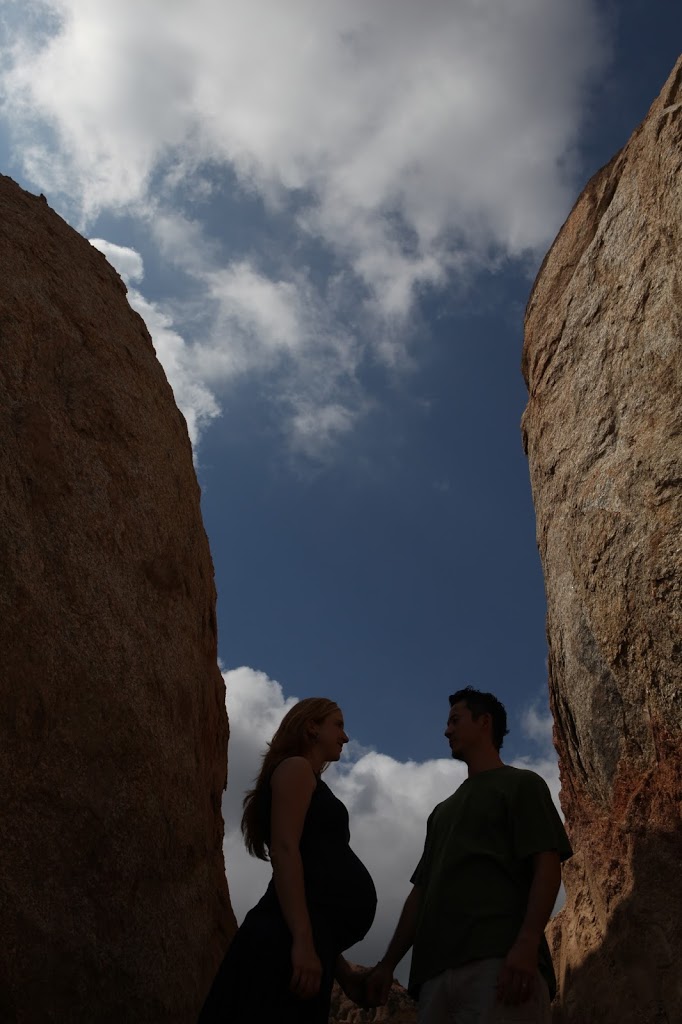 This World is not My Home, Part Six

This is Part Six of a blog series. You can read the previous parts by clicking below:
Part One
Part Two
Part Three
Part Four
Part Five
So for the next year, I kept struggling to stay focused on my heavenly home… a struggle that I felt like I was losing most of the time. Which made me really discouraged with myself for being so carnal. The situation we were living went from bad, to worse, to WORST as well. All of the complications I mentioned in the previous part continued, and especially the interpersonal struggles that I hinted at, became acute. All of this affected our marriage as well. And that is the worst! I have always said that as long as WE were good, we could face anything that came our way. But when WE were not good, all of life was rotten. So, basically, all of life was rotten.
(This picture is of us between a rock and a hard place. Couldn’t have a better pictorial reference to our emotional state of affairs!) 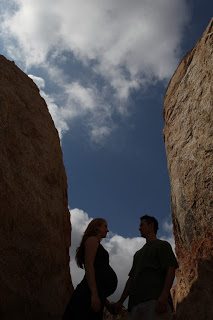 I was also pregnant with our fifth child at this time (Olivia), and the light at the end of the tunnel that kept me hanging on for dear life was our plan to return to the USA for her birth. If I could only hold on a little bit longer!

By the time we left, I was just about at breaking point. Besides all the other things I’ve already mentioned, the heat was unbearable that year (no a/c), and the mosquitoes were out of control. It was a challenge to find the gumption to make it through until February 27th, the day of our departure. But I made it, by the skin of my teeth!
And then… Beulah Land! Sweet Beulah Land! Well, not quite, but that is just about what it felt like to me at that point. This time it was not so much the “creature comforts” aspect, but it was the family, friends and church community… all so warm, so welcoming, so supportive. It just felt like we fit like a glove! No conflict, no mental torment. The first Sunday at church Fabio and I could hardly stop crying! There was just this sense of awe that this is how it was meant to be.

Here are some pics of family time, and a homeschool field trip to see how maple sugar is made. 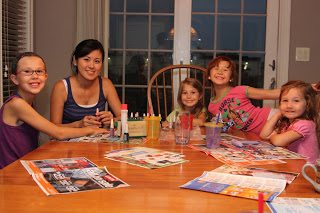 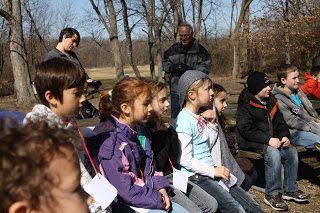 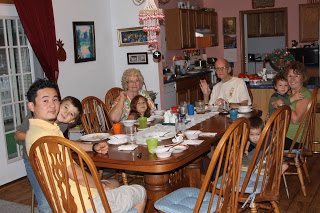 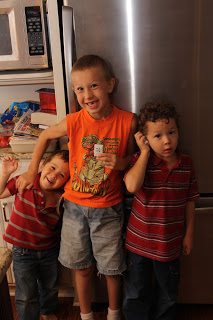 Many of you know that we went through some pretty scary trials at the time of Olivia’s birth, and that the Lord worked an amazing miracle of reconciliation our marriage as a result. (If you don’t, you can read about those things by clicking on the links.) I felt like healing had begun.
We were home a total of six months. We had planned for four, but with all of that drama and the debt it incurred, we needed to extend it a bit more. During that time, I sort of started to mentally settle back into my old routines. I had family closeby and church family too! It was SO wonderful to have a homeschool group! We got to have field trips with other homeschool kids! There was a local library we could walk to! And garage sales! Moms that understood what I was going through with “all these kids”, and we could empathize with one another and find encouragement for our path. There was ease of meal preparation and a big washing machine and even a dish washer, and a large yard for the kids to play in again. And all through these months, I fought with myself internally. Because I did not want to go back to Brazil.
You know if a kid sticks his hand on the hot stove top and burns himself, he is not likely to do it again so soon, right. That was how I felt. Brazil had burned me. Badly. I wanted so badly to protect myself from getting burned again. And yet, my husband was sure that our time in Brazil was not yet over – that God still had something more for us there.
And so I kept praying. And praying. And praying. I so wanted to do God’s will. I trusted that He would lead our family through my husband. I prayed that God would help me find joy in doing his will! And yet the months went by and I felt like God was not answering my prayer. I was still experiencing intense inner turmoil. Why? Why wasn’t He coming through for me? I knew I needed His help to change my heart. I was willing for Him to do it… what was the deal? I sometimes wondered if other missionaries ever felt like I felt? (I felt like a pretty worthless missionary at this point!)
The months went by, and the time for our departure drew near. Still, I felt like I had not been able to convince my heart to do the 180 that I had wanted it to, that I had prayed so hard for it to. I began to wonder about Sarah. Genesis 12 tells us that God spoke to Abram, telling himto leave their country and set off for some unknown land that God would show him later. It doesn’t let on that He said anything to Sarah. And she did not have the indwelling Holy Spirit to confirm it to her. She just followed. She just obeyed. What about me? At this point it had come down to a matter of obedience to the Lord by obeying the authority He had established for our family. Still, I was not feeling joy in it, and I desperately longed to.
Then, just during the week before our departure, several things happened that encouraged my heart and gave me the faith to calm the tumult in my soul. One was Fabio himself, who God led to tell me that he chose our family first, before any ministry. That if it became necessary in the future, if we saw that being in Brazil was not being a good thing for our family, that we would come home, and that he would not feel in the least like a failure for doing so. No, he told me, if that were necessary, he would come home with his head held high, knowing that he had done the right thing by choosing to put his family first. These words were a balsam to my wounded soul. We also established a plan of being on the field for two years, at which point we would reevaluate. This was also helpful for me, as we had always left everything very open-ended. So even though I recognized that God could change our course at any point He chose, it gave me a sense of security to at least have a strategy agreed upon. 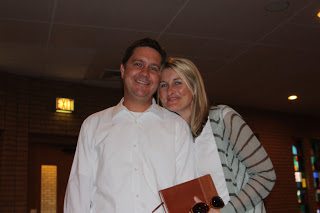 (Picture of our last Sunday in America – our pastor Dave Prince and his wife Samantha. The Lord has used them so mightily in our lives over the years!)

In those last few days there was also a get-together of the pastors’ wives from our churches, at which I was greatly encouraged, and the Sunday before our departure, they had a commissioning service for us at which the Lord spoke through several people words that greatly bolstered my confidence in what God was about to to. Among those present were Ian Rawley from England, and Joel Onesimus from India… surely not a coincidence that they both “just happened” to be there on that particular week!

So, God had come through again, and once more, we were off. 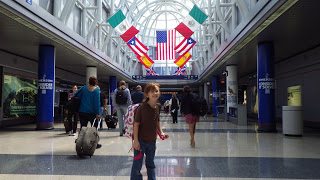 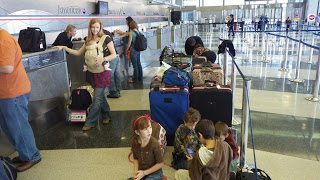