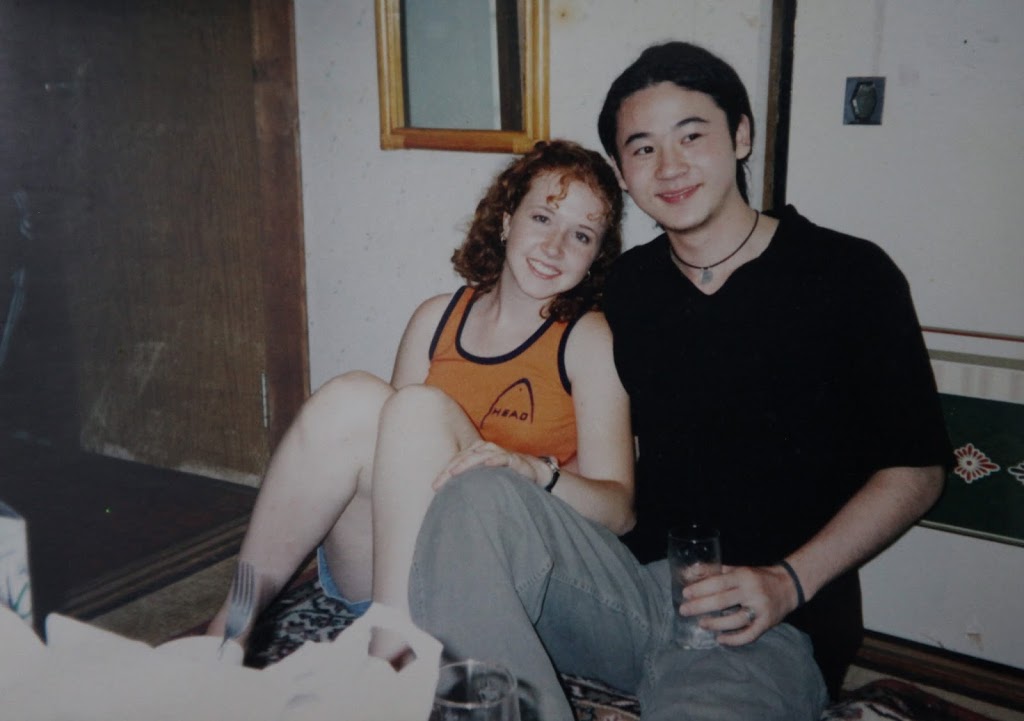 This World is not My Home – PART ONE

This world is not my home
PART ONE

This is a topic that has been percolating in my head for some time now, just to chronicle what the Lord has done and is doing in my life in this one area. I am a work in progress and still have so much to learn!
First, I rewind back to Japan, where I lived from 1998 – 2003. During that time, I married and had my first child, and at those stages, I never planned to leave Japan. I imagined us just staying our whole lives there. But God had other plans. Around 2002, we began to feel the Holy Spirit stirring us up – that we were going to be leaving. And I had a really hard time letting go.
One day around that time, I was praying that God would show me what areas in my life were not pleasing to Him. I was utterly shocked when I felt Him say so clearly “materialism”. What?! Me?! Materialism?! Surely not, Lord! I was the one who had never cared about brand-name clothing, or even new clothing. I loved a good bargain at a garage sale or thrift shop and just didn’t get a thrill out of outings to expensive department stores – even if I could afford to buy there. How could God be saying that I was materialistic?? I would soon see…
After getting married in April of 2001, Fabio and I had gotten a house in Japan – something none of our friends were so blessed to have! Granted, it was a rental house, and rather old, but we just loved it. During our engagement, our favorite past time was “gomi shopping” (“gomi” means garbage in Japanese). Yes, you read that right – “shopping” from the garbage! In this way, we obtained our washing machine, computer desk, TV, and many other of our household goods. Even though it was from the garbage, it was really nice! We had also been given some very nice furniture, and found a great sofa from a used furniture store to complete our home. It was just the way we wanted it. Our humble abode also contained sentimental items that we had received as wedding gifts, and baby gifts from when we welcomed our first child into the world. We frequently thanked the Lord for blessing us with such abundance. We were truly thankful. 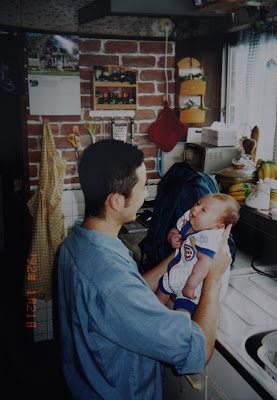 Both of these pictures were taken in the kitchen of our home. 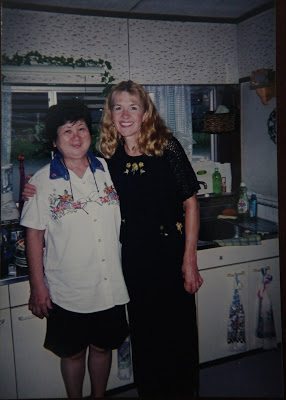 So, when I began to feel that we might have to leave it behind, I felt like screaming in my heart, “But, God! We would never be able to find a house like this again! And what about all our stuff? I love this stuff! How would we be able to establish ourselves all over again??”
Slowly, over a period of time, the Lord began to whisper to my heart. It went something like this:
God: “Who gave you all this stuff?”
Me: “You did, Lord.”
God: “If I gave it all to you once, don’t you think I could do it again?”
I had no response to that one. But slowly, I began to believe that He could, and in my heart, I began to let go of our stuff.
Sure enough, in January of 2003, we were on our way to the good ole USA. We were able to afford only to send a small handful of boxes (*small* boxes!) ahead of us by ship, and then we were able to take only what would fit into our four suitcases. It was hard. Really hard. Until the very, very last few days, I was just SURE that I was going to take the sewing machine Fabio had bought me as a Christmas gift the year before, and the very nice pressure cooker that had been a wedding gift. But it became apparent that they simply would not fit in the suitcases, nor could we afford shipping them. They had to stay.
Having liquidated all of our worldly goods, and donated a large amount of what we had not already given away or sold to a local YWAM base (including our van), we were off. But there was a small problem. Due to a paperwork glitch, upon landing in Detroit, Fabio was denied entry and sent back to Japan! This was certainly an unexpected blow! Joshua (who was 6 months old) and I stayed behind and helplessly watched through tears as Fabio was taken from us between two guards like a criminal. How could this be happening? And he didn’t have anywhere to go! We had gotten rid of everything we owned in Japan. So, he ended up going back to the YWAM base, where he was able to rent a room.
TO BE CONTINUED…..
(Click here to go on to PART TWO.)