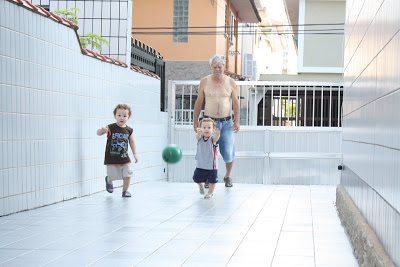 The Christmas and New Year Holiday Season in Brazil

Hello Friends, Family and Prayer Warriors!
We would like to start this post by asking for prayer for our family, as we have felt under attack many times since our arrival here. We usually think it is something “normal” happening, but when we pray about it, it is GONE immediately – like the kids getting fevers randomly, or waking up at night with bad dreams or just crying and when we begin to pray for them – POOF! they fall back asleep peacefully!
As a little background, there is a lot of “macumba” here in Brazil, otherwise known as witchcraft or voodoo. They are very active in “praying” against Christians, offering sacrifices, etc — and we know the devil does not want us here! But greater is He that is in us than He that is in the world! We have the victory in Christ and we will not be scared off by the devils scare tactics. But we sincerely desire your prayers for our family, for a shield of protection and for discernment as well.
Now for a little update with pictures:
Here is Fabio’s dad and the little boys playing in the only “yard” available. It is really a driveway. The wall to the right side of the pic is the apartment bldg, and the wall on the left is to separate our “yard” from the neighbors.

Divine Appointment with Neilton:
A couple of weeks ago on the beach, we stopped to buy a coconut water at a kiosk, and Fabio began to talk with the man working there, Neilton. The conversation almost immediately and naturally led to the Gospel! I realized that it was a divine appointment and began to pray silently for Fabio as he spoke, and for Neilton’s heart to be open. Just then, a drunk man came over and started interupting the conversation with loud nonsense! I quietly ordered the devil to stop perturbing the sharing of the Gospel, and the drunk man immediately walked away!
Fabio and I went back again, and then Fabio and his brother went to take him a Christmas card. The same thing happened that time – a different drunk man tried to distract the conversation! Again, prayer caused him to leave immediately.
Pray for Neilton’s salvation! We believe he will soon belong to the Lord!
Here are a couple of pictures of Israel and his cousin Leonardo enjoying a coconut water: 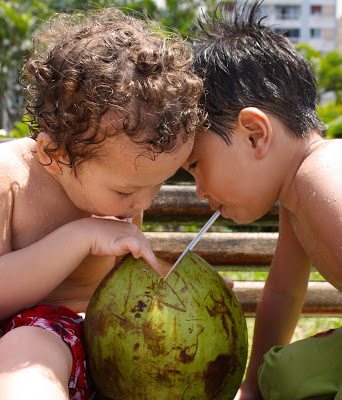 We found out over New Year’s that our children are going to have another cousin in Brazil sometime around next September – Leonardo’s first little sibling! 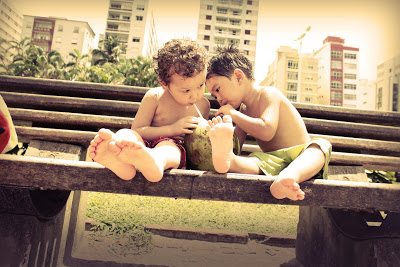 The beach continues to be a welcome reprieve from the sweltering heat inside the apartment, and provides some much needed energy-wasting opportunity for the children. They never tire of it, but they always tire from it, which is great! 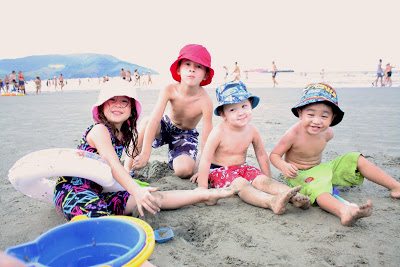 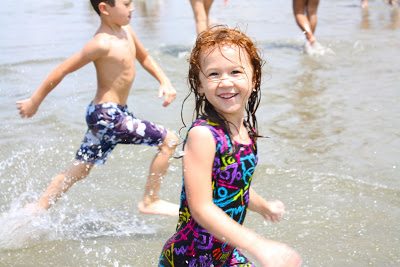 The picture below was taken just outside the door of Fabio’s parents’ apartment. Johann is really getting to be a big boy and is an extreme handful these days! He is truly into *everything* and very difficult to keep up with! Especially in someone else’s house and without handy constraining devices like high chairs and cribs. 😉 I believe he is more active than the other three put together! 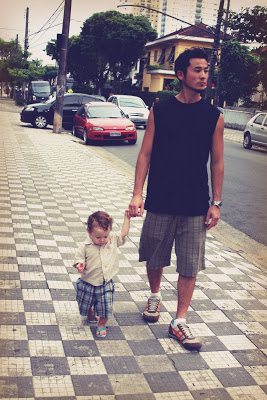 This was on Christmas Eve, which is when they have their big Christmas celebration. I also made a cake and we sang “Parabens” (Happy Birthday) to Israel as well.
I could post more pics, but I can’t stand to at this internet speed! It has taken well over an hour to do this post, because of how long it takes to load each picture, one at a time…..
Anyway, we appreciate you all and will try to keep updating when we can!