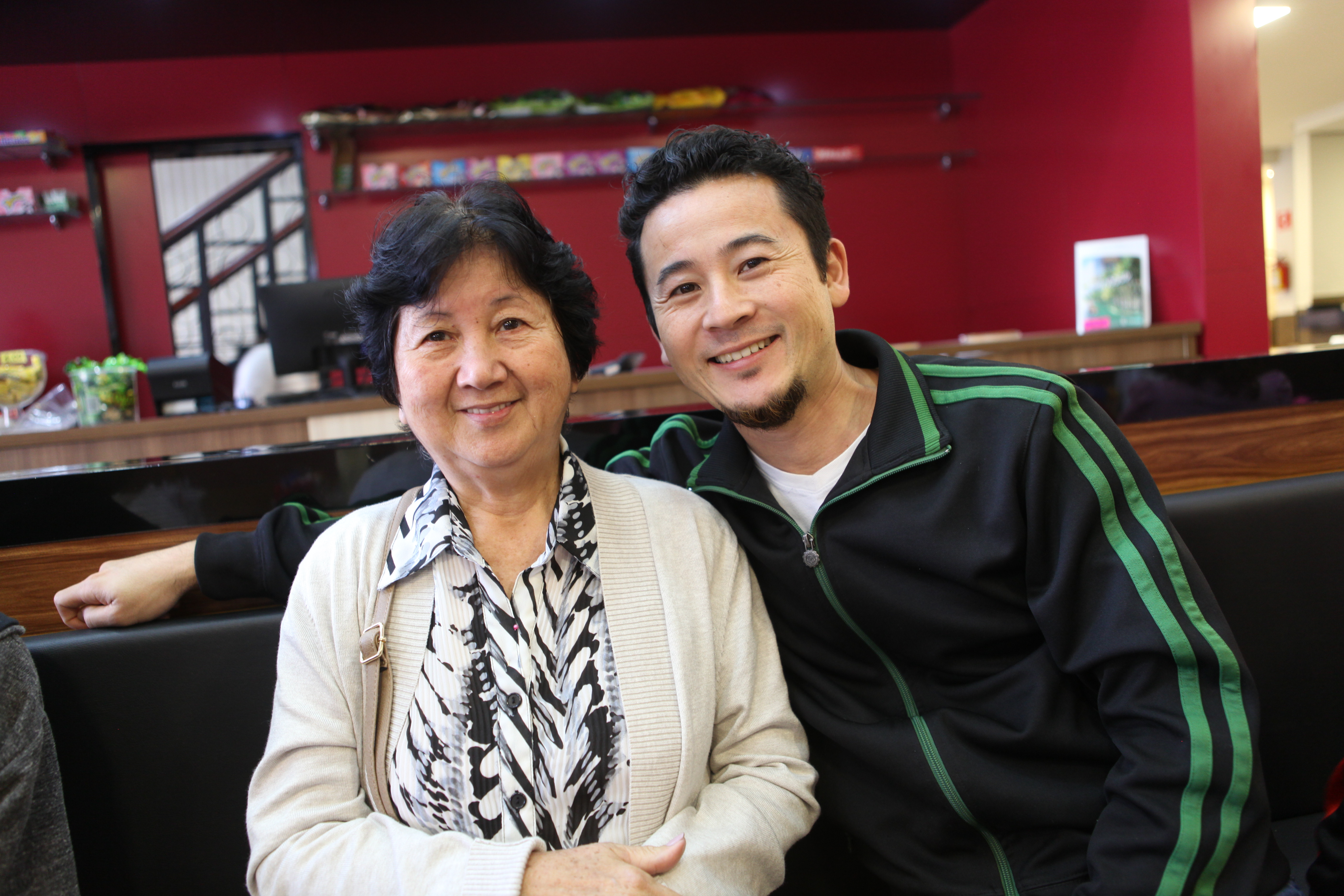 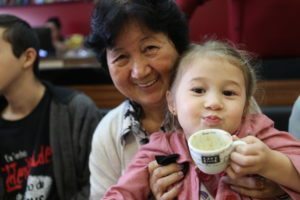 And so it was that we left our home of seven years in Camboriú. It was most of what our children have known of their childhood! Joshua was only seven when we arrived, and has some recollections of when we lived in America, but the others have barely any. Brazil has been their home… something I didn’t imagine would happen when we first went. Usually it’s a good thing that we don’t know in advance all God has in store for us. And always it’s a VERY good thing that we can trust Him with our futures! 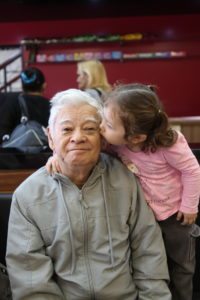 So from Camboriú, we went to Santos, where Fabio’s parents live. Since we had already sold one car, I drove one car with four of the kids all day on a Tuesday to get there, and that night Fabio got in a night bus with the other two and all our luggage and I picked him up the next morning.

Fabio’s parents have three children. One lives in America, one in Japan, and now Fabio, the last one in Brazil, was leaving. We were very sad for them and wanted to have some special time with them before leaving the country.

(Incidentally, we hope to be able to bring them to live with us in Japan eventually…)

His cousins and aunts and uncles also had a very nice going-away party for us and it was a bittersweet good-bye. Our older children were also feeling apprehensive about the future – even going to America! It had been five years, after all… would they even know how to fit in anymore??  So many good opportunities for real-life lessons. We spent a lot of time in Santos in dialogue, dialogue, dialogue… 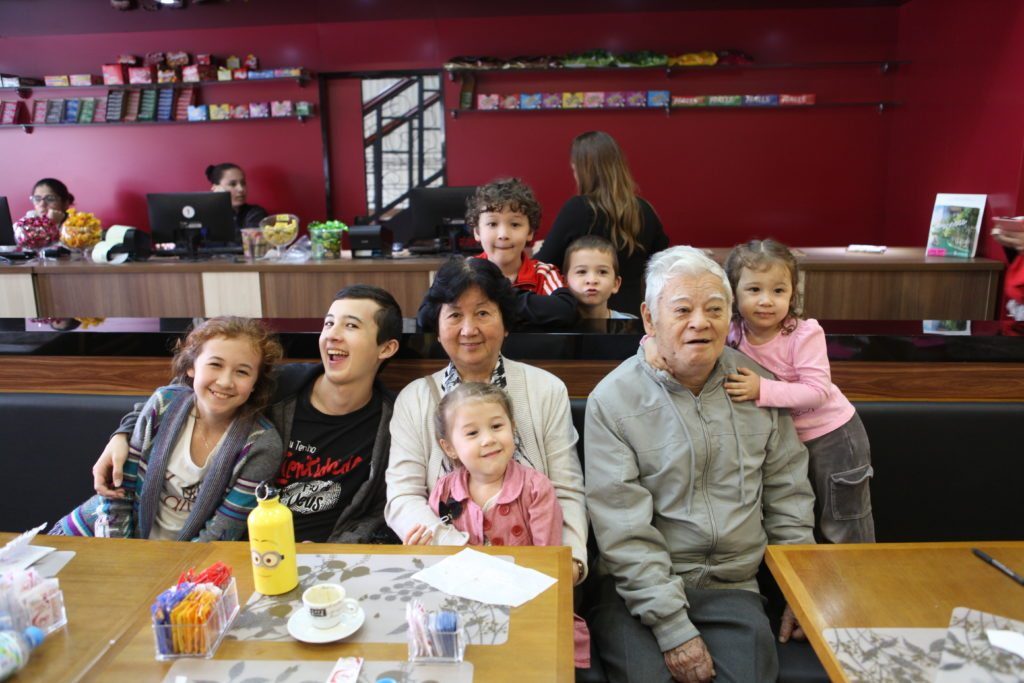 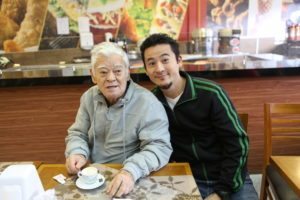 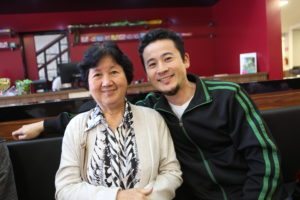 And then it was time to be off for real!

On the morning of our trip, we got a van to take us and an entourage of family members to the airport for the final teary good-byes. 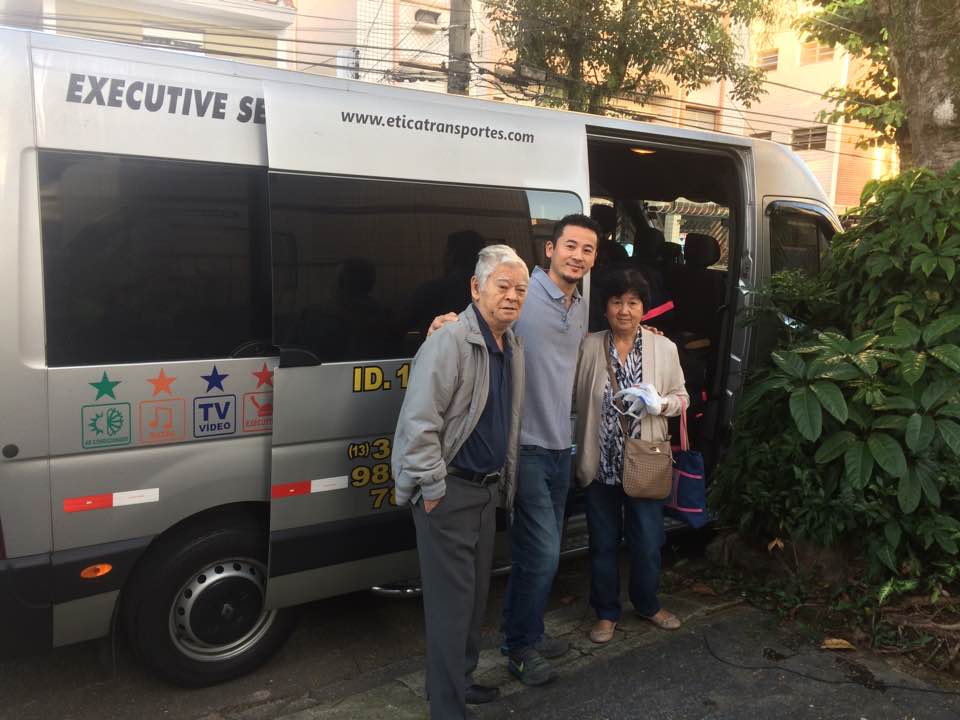 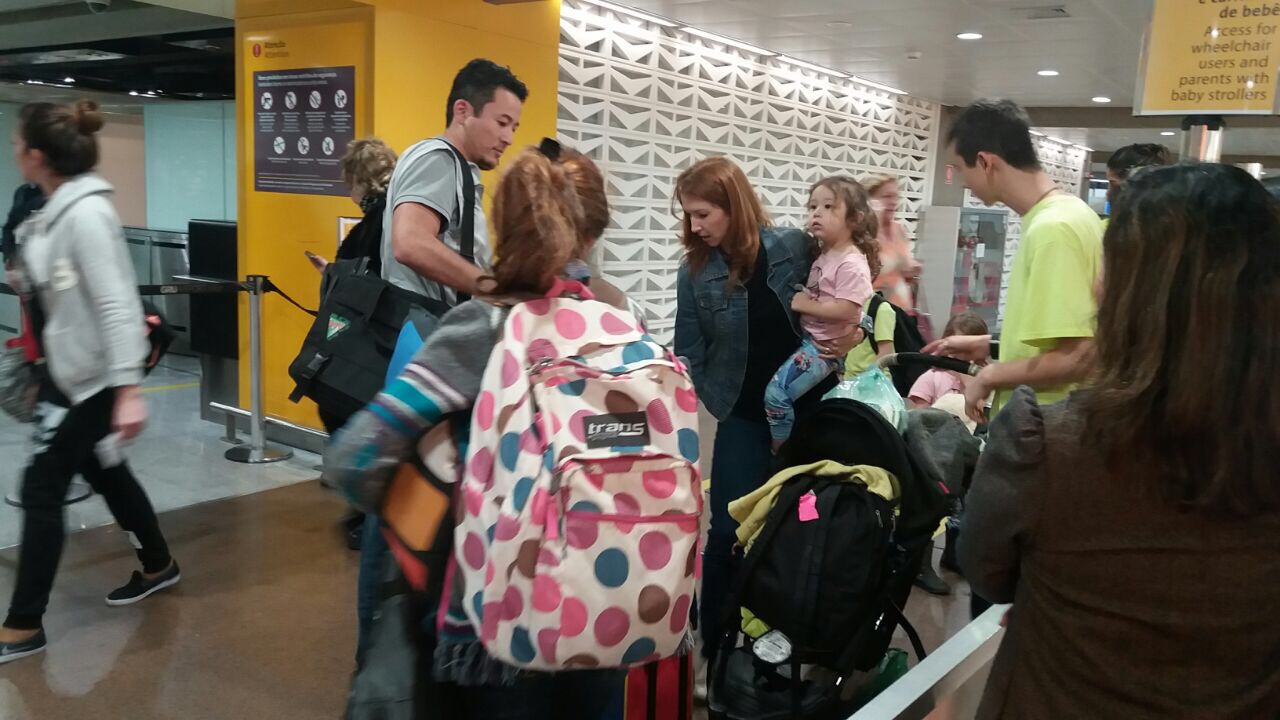 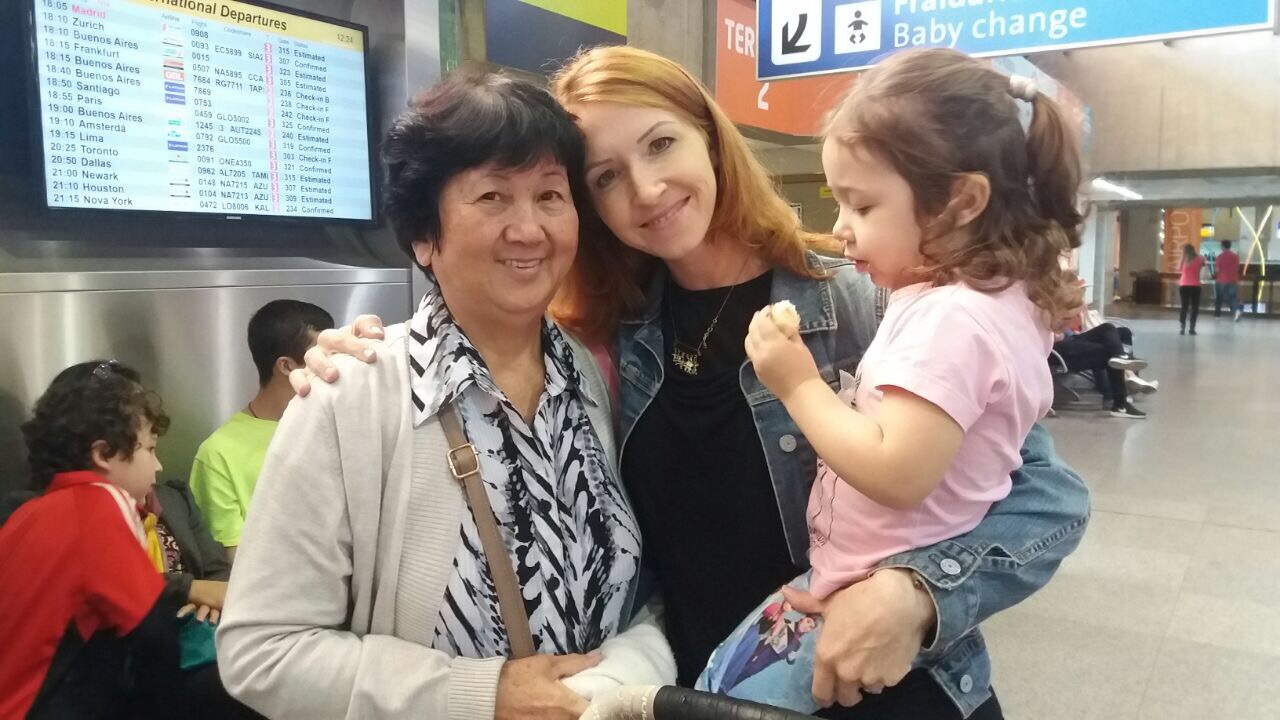 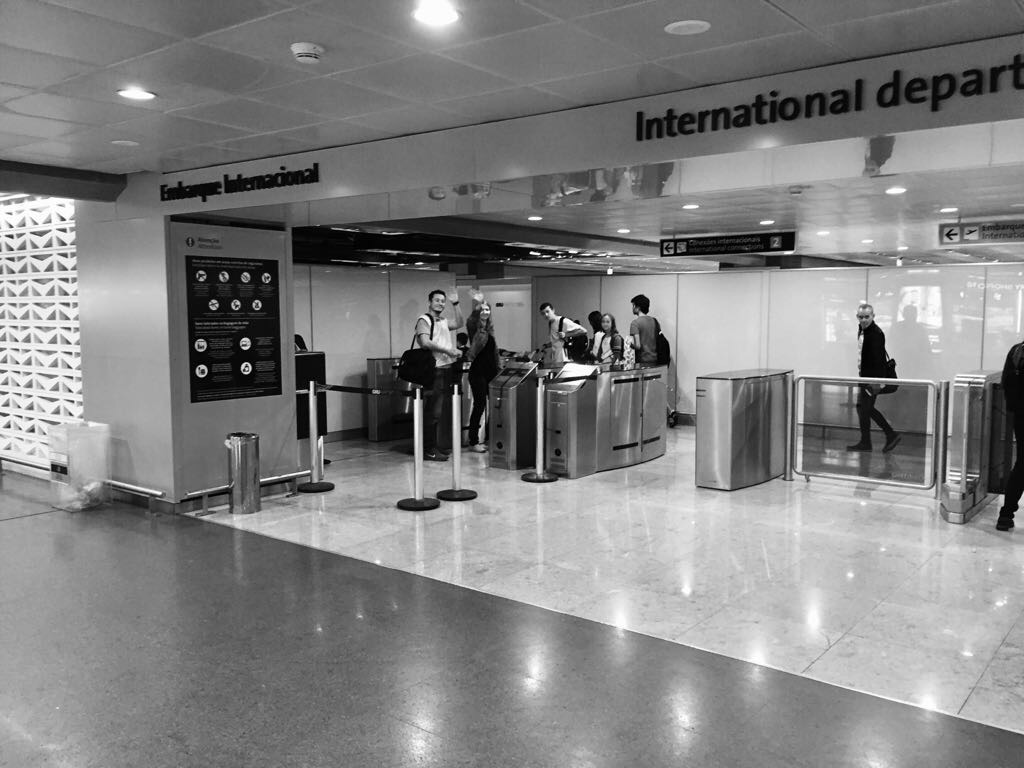 And there it was… our final wave before this chapter of our life closed. For now.