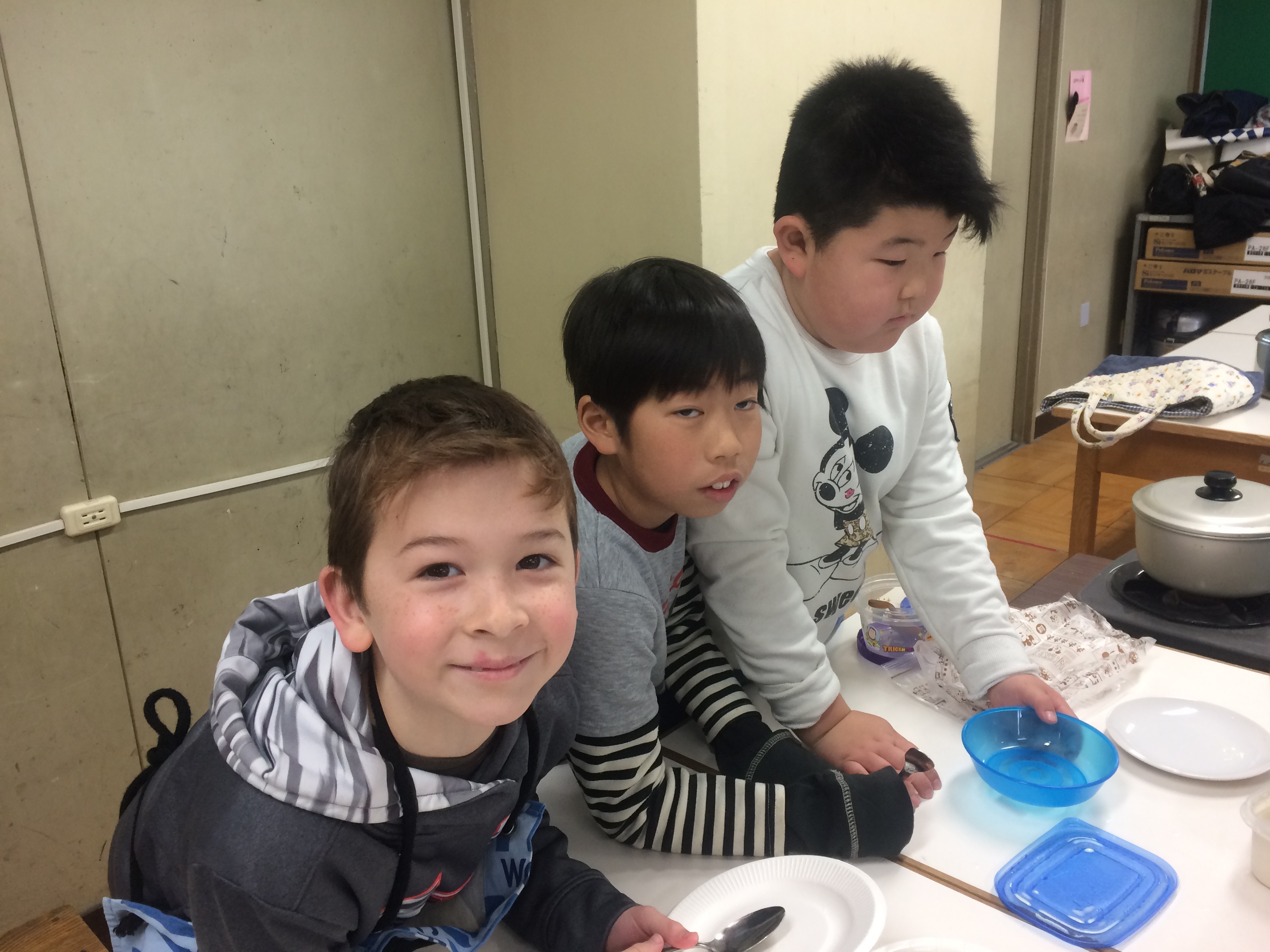 So, how did it go for our boys in Japanese school?

In my last post, I explained why our three boys started going to public school in Japan. So you may be wondering how it went?

Well, it was a pretty big shock of a change in lifestyle. After all, they had never been to school before in any country, and they had never been in Japan before either! So what were we thinking?! But, in spite of how crazy it seems, I had total peace about it and I felt assured all along the way that the Lord had led us in this direction.

Before coming to Japan, I had been trying to teach the kids Japanese for 2+ years, so at least they had a few basics. But not surprisingly, they understood pretty much less than nothing when they began school. Which, as you can imagine, was quite challenging. But I am happy to say that they did pretty well. Joshua and Israel enjoyed it from the beginning. Honestly, I’m not too sure why! How fun can it be to sit in a classroom for hours every day where you can understand absolutely nothing?!? But, God’s grace was abundant, and thankfully, kids are resilient. They began to understand more each day. Not of the class contents so much at first, but at least of the conversations with the other students during lunch or at recess.

I went to pick them up on the first day, and Johann was just coming out of the building with his arm around a “buddy”! I was so happily surprised! Maybe he would be alright! One of my main concerns was the kids getting bullied for being different, for not understanding the language, etc… and so this little happy sign put my mind at ease. The picture below is of the first time that boy came to our house to play. 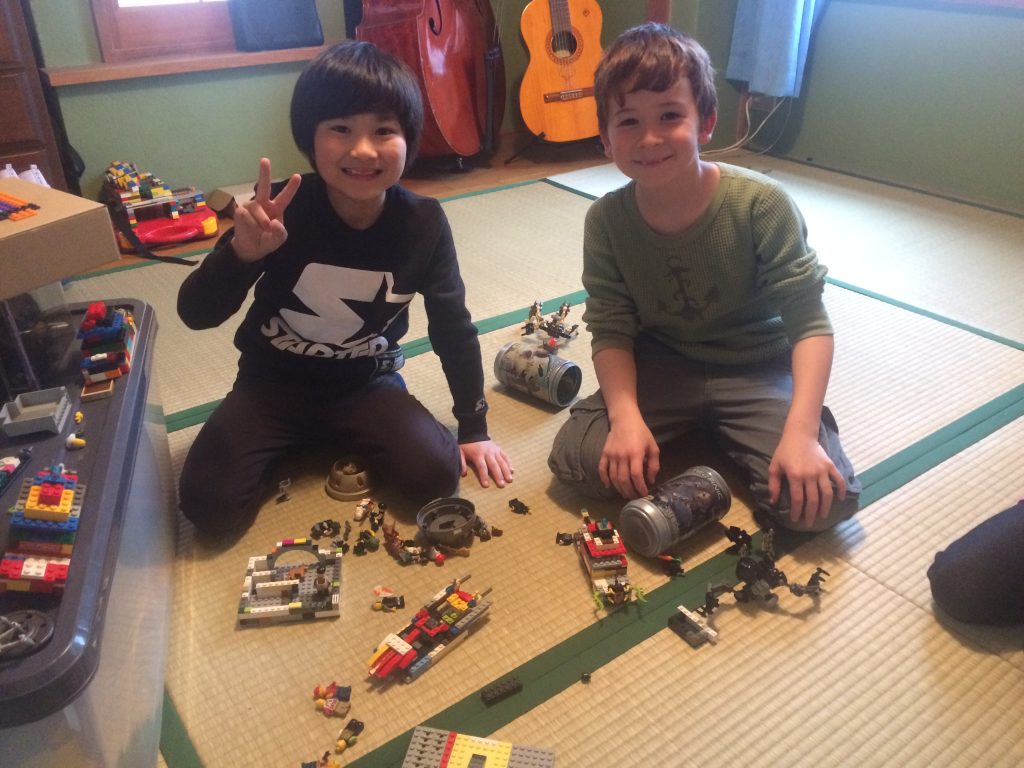 The fourth day, however, I got a call from his teacher just about lunchtime, saying that Johann looked like he was about to cry and didn’t want to eat his lunch. I got him on the phone and that’s when his tears started to spill. Poor dear! He just said he wanted to come home now. His teacher thought it would be best, so I went to pick him up early that day.  And thus began a saga with him. He didn’t want to go to school. The kids were not being unkind, the teacher was quite understanding, but it just wasn’t any fun, according to him.

For another week or so we struggled through. His teacher suggested that he bring some of his English school books to work on during class time. He also let him go to the nurse’s room just to hang out with her, help her clean windows, etc, when he couldn’t take being in the classroom anymore. 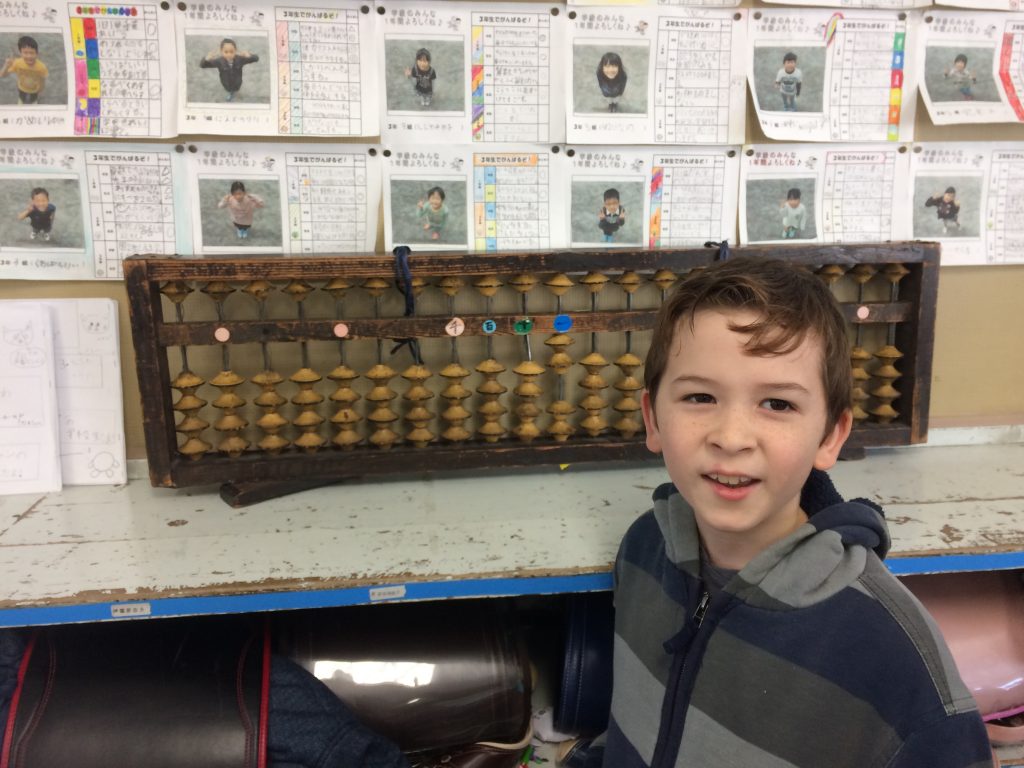 This is the abacus model that the teacher uses for math class.

But then he got a fever and could not go to school. It was a very strangely behaving fever. It would come and go, mostly be low-grade, with hardly any other symptoms. He was just slightly congested, but nothing worrisome. And this went on for ELEVEN days! There would be afternoons when the fever would go down, he would get up and begin to play, and I would think that by the next morning, he would be fine. But then the next morning, he would have a high fever again – at times around 102 degrees! After about a week, I took him to the doctor and he had a test for influenza, which was negative, and there wasn’t anything else apparently wrong with him. The doctor chalked it up to his change in environment and the relation with his emotional state. I had a feeling it was mostly the latter. It was heartbreaking for this mama! What to do?

We prayed, of course. Both for his health, and for his emotional well-being. But as we prayed, I still felt that it was not a good solution to allow him to quit school because of the challenge it proposed. While we wanted to be sensitive to his emotional needs, we also believed this would be a growing experience – to face that “giant” and know he could beat it!

When he finally got better physically, his teacher said that it was okay for him to go for an hour a day to start with, and then increase it little by little so that he could get acclimated as he was able to handle it. He also asked if I would be willing to come to school with him and sit in class to translate for him and help him understand what was going on. I was quite pleased with the empathy they had for him, and was really pleased that they would allow me to even accompany him to school! 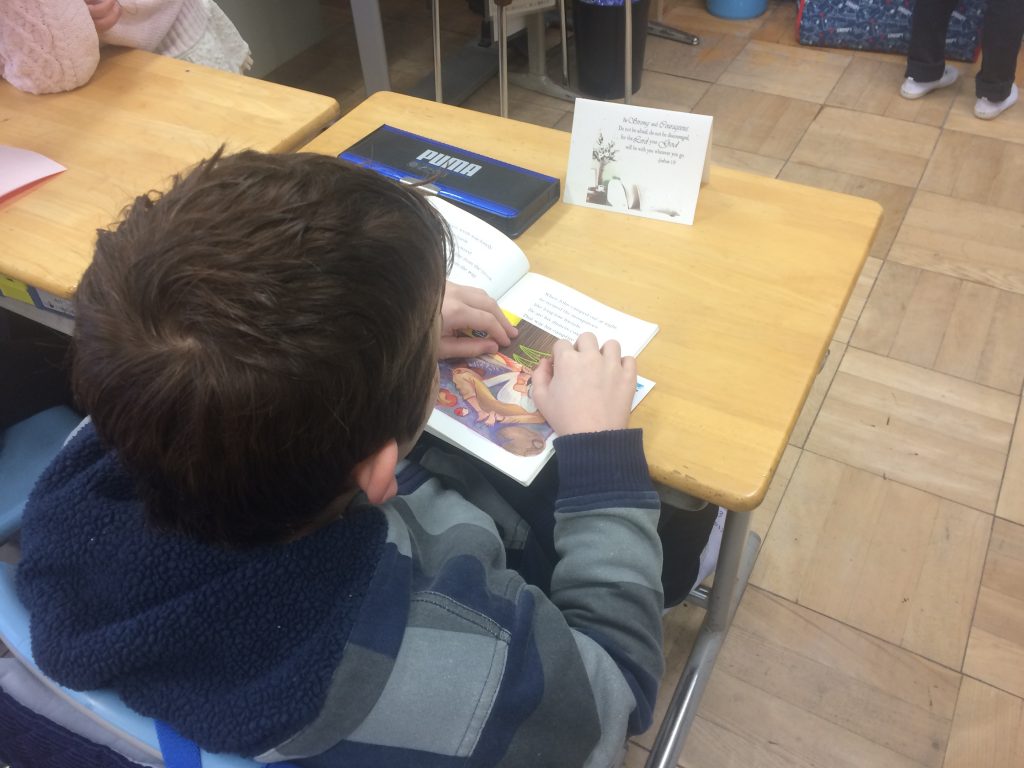 So, I started to go each morning with him, for about the first hour. This was an enriching experience for me as well, to really see how the classroom operated and how the flow of things went. What an insight into the culture! After this hour, I would go home, and Johann would stay a while longer, but not full days at first. We encouraged him every step of the way, and he would keep the Bible verse, “Be strong and courageous. For the Lord your God is with you wherever you go” on his desk to give him courage.(That’s what the above picture is of.)  And little by little, he adjusted. He was doing much better by the end of the school year, and then he got a two week spring break before the beginning of the new school year in April.

So… that was long about Johann, but the other two just kind of went and there isn’t as much to report about them. 🙂

And this post is already kinda long anyway, so I will stop here. With some more pictures, of course! The pictures below are of a home economics class I accompanied him to, where they made tofu. 🙂 And tasted it! 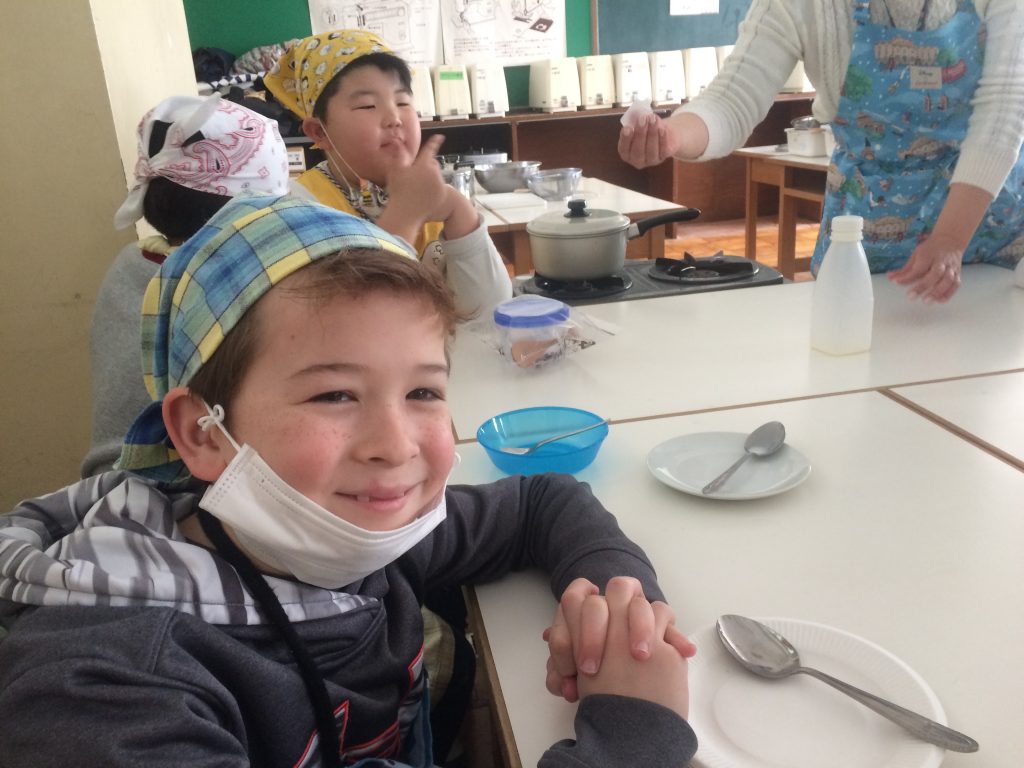 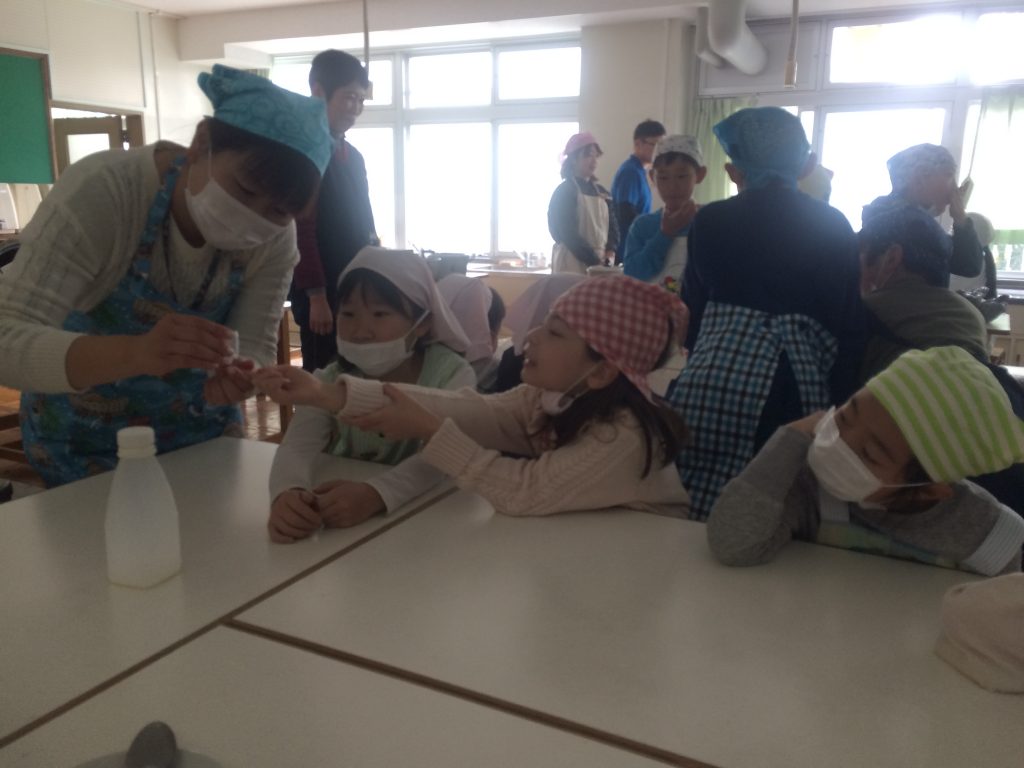 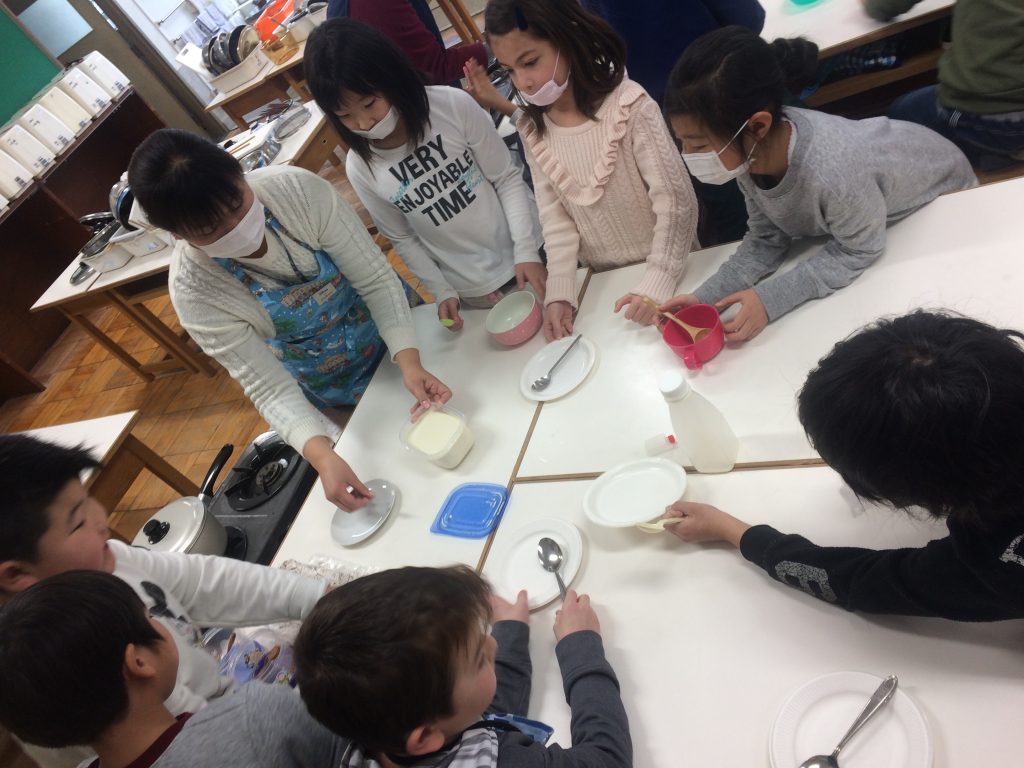 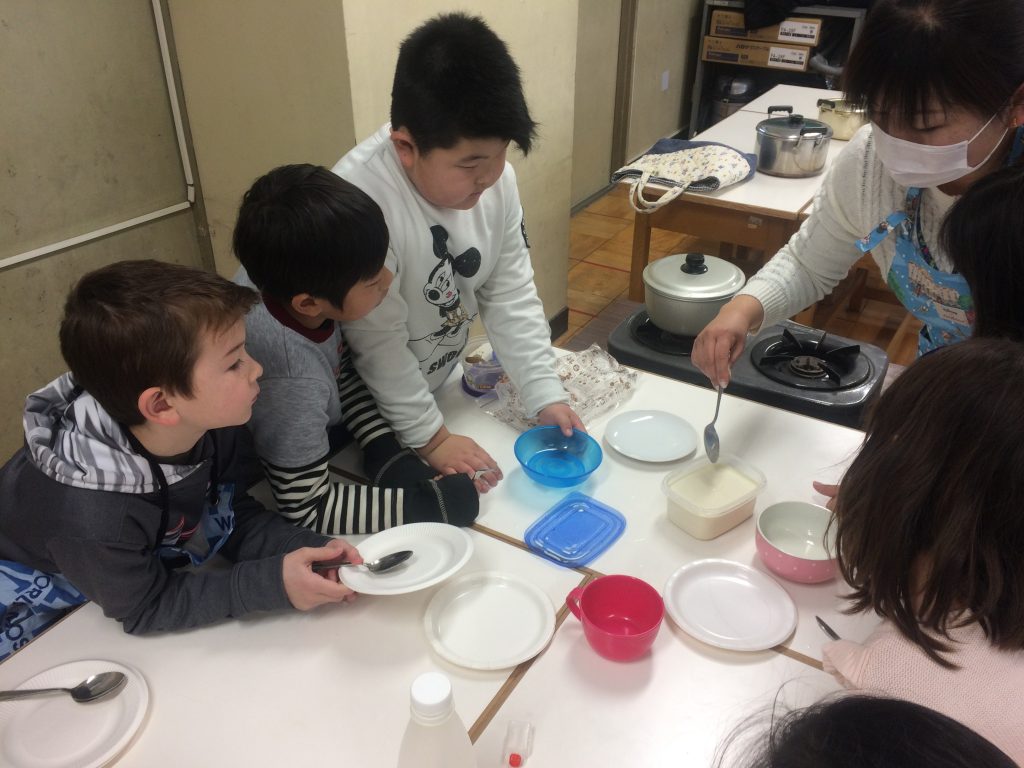 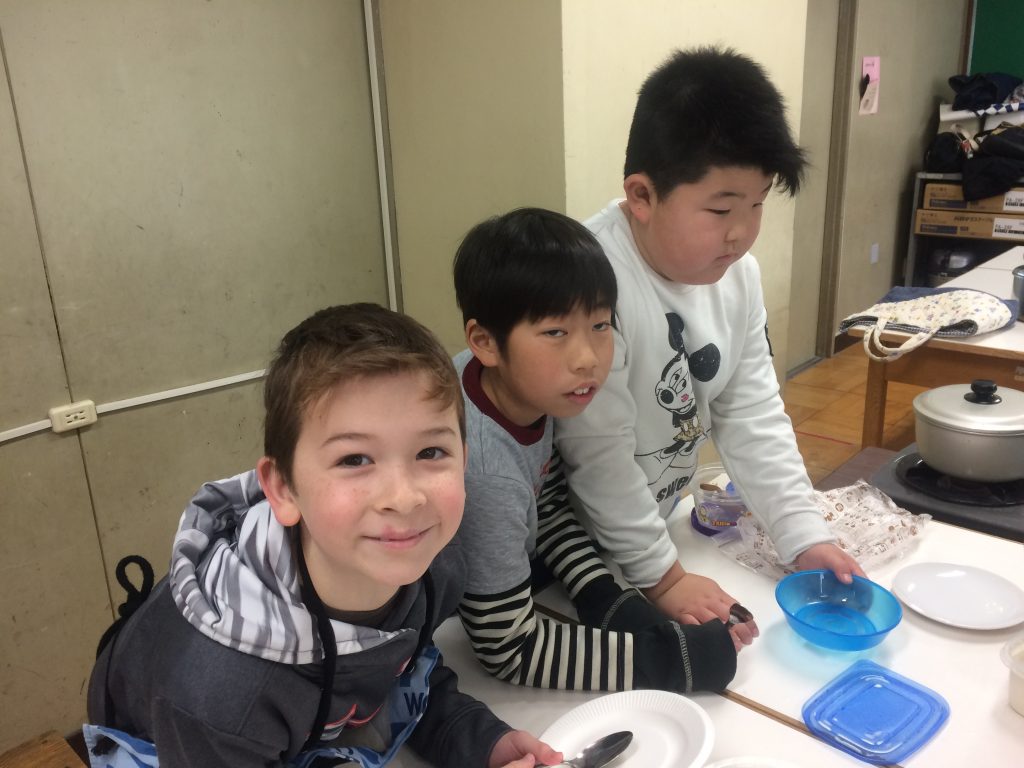 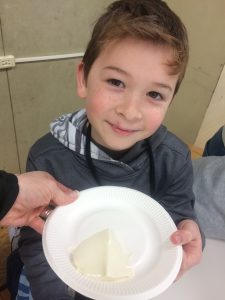