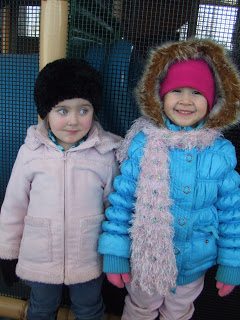 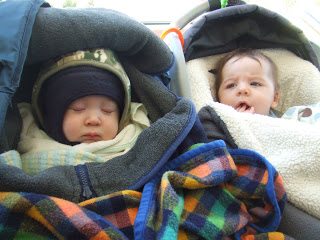 It has been COLD here!! We have hardly left the house – even to run to the mailbox is torture. But….. we did make an exception to meet our friends to play and eat at McDonalds yesterday! hehe. Here we have Johann and Nicholas all bundled in their cozy carseats. 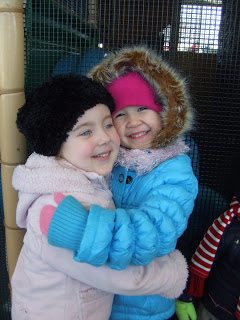 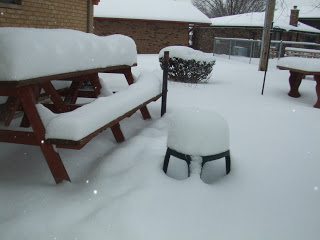 The table is our “snow gauge”. 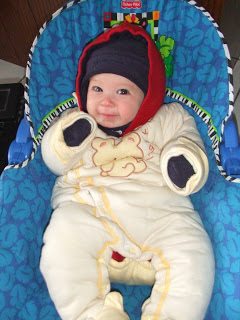 And we took Johann sledding for the first time the other day. He barely noticed. After bundling him up good, I put him in the ergo and put MY coats around him too. 😉 He did make it down the hill twice, but I dont think he noticed that either. 🙂 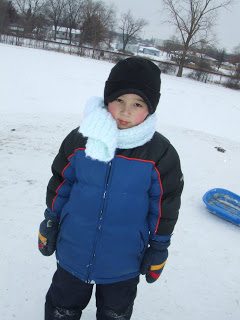 This is sledding. Joshua really did have a good time. Really. He actually had such a good time that he didnt want to stop for me to capture the moment with my camera. Hence the look. 🙂 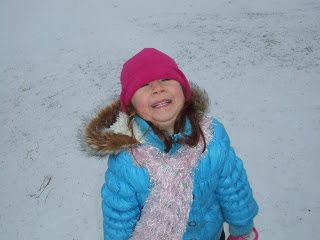 This is the “I can barel see with this hat on” smile. 🙂 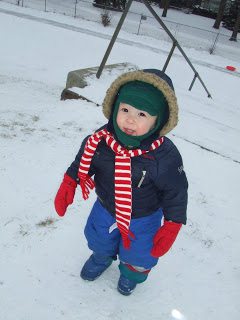 Israel looks happy in this picture, unlike Joshua, but also unlike Joshua, he really did NOT enjoy himself sledding! He cried most of the time and just wanted to be held. Didn’t help that we went during nap time….
I did coax him down the hill once with Johann and I and I even managed to get a smile out of him, but it was short lived.

This is the first week in a LONG time that I feel like I’m finding my groove again, so maybe I’ll start posting more often? Time will tell! This week has been blissfully uneventful, and I’m hoping for more of the same in the near future! Two post-worthy happenings, though, are:
1) Johann got a TOOTH!!! I can’t believe it, since he is not quite four months old! Yikes! What happened to my newborn??
2) Two weeks ago, Abby King came from England to intern at our church and will be staying with us for about the next six months. She’s been lovely!
More later!