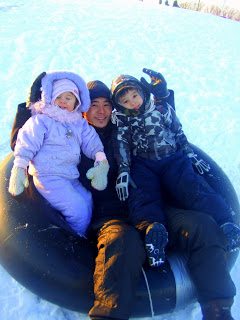 We have had quite a bit of snow off and on this year so far, so on this particular day we got out to take advantage of it. 🙂

We had not been sledding since Joshua was about 18 months old, so it was high time! 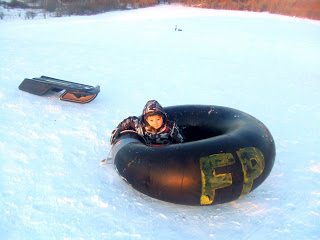 Joshua was brave enough to go down by himself a couple of times! 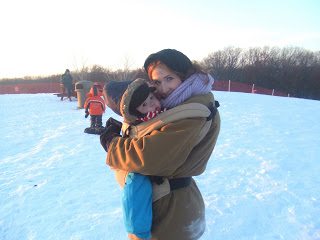 With all the clothes we both had on, Israel was easier to hang onto in the ergo than just with my bundled up arms! He was rather indifferent to the whole experience. He didn’t fuss, but didn’t seem overly thrilled either….. even when I took him down the hill a couple of times – no expression whatsoever! 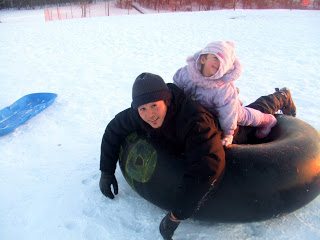 Don’t you just hate the “hood syndrome” where you turn your head and your hat/hood stays in the same place?! 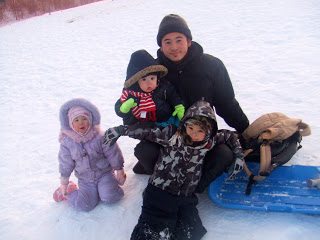 Daddy and his little munchkins 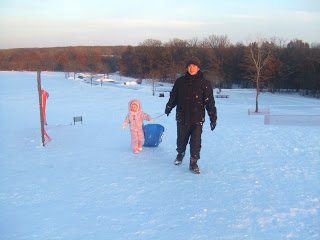 Hiking up the hill wore them out nicely. 🙂 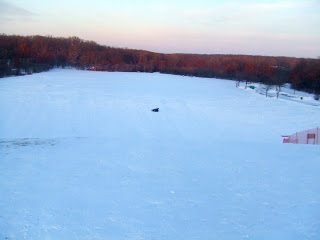 That black dot down there is Fabio, Joshua and Dominique on the tube at the bottom of the hill. I just took this to show the size of the hill. Not bad for Illinois! 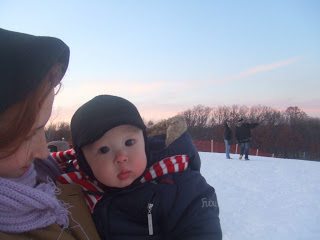 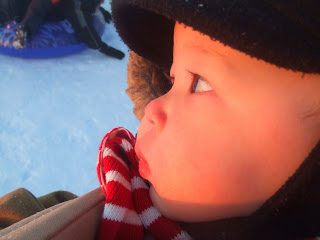 The sun was setting (after all, it was nearly 4pm!!), and the glow on his face was just too precious.