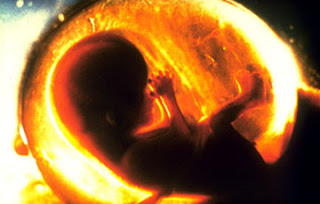 Well, we have been hit with the sickies. 🙁 I think I am mostly over it, and the kids seem to be regaining strength too, but still have a little bit of a low-grade fever. Hopefully that will be gone by later in the day too. The fever and sore throat were really our only symptoms, thankfully. I definitely prefer that to the puking variety! Our old stand-bys of extra vitamin C, raw garlic, and echinacea tea seem to be doing the trick for taking care of it. I hope we are all well tomorrow night, because Dominique and Daddy will be attending a father-daughter dance, and Dominique would be devastated if they didnt get to go! She has been giddy-gigglin’ excited about it for “ages” now (since I told her about it, about a week ago!).

But, we have been amazingly healthy all winter, which I am also extremely thankful for. A few sniffles here and there, but really nothing major.

I have a few pictures to post when I have access to the desktop. 🙂 Until then, here is a little update on how the smallest member of our family is doing lately:

The picture shows an unborn baby at 10 weeks after conception: recognisably a member of the human family.
The baby measures 2 1/2 inches (61mm) from crown to rump (“sitting height”), and is growing at a rate of 1/2 inch (13mm) per week. The baby’s face, at first broad, now becomes narrower; the eyes are closed for protection from about 10 weeks until the sixth month. The sex of the baby can now be seen.”Nine weeks after conception the baby is well enough formed to bend his fingers round an object in the palm of his hand. In response to a touch on the sole of his foot he will curl his toes or bend his hips and knees to move away from the touching object.” (What the fetus feels, Valman and Pearson, British Medical Journal, 26 January 1980) The baby will begin respond to touching on the skin by 6 weeks after conception, and by 12 weeks the range of responses is almost complete.
“At 11 weeks after conception the fetus starts to swallow the surrounding amniotic fluid and to pass it back in his urine. He can also produce complex facial expressions and even smile.”