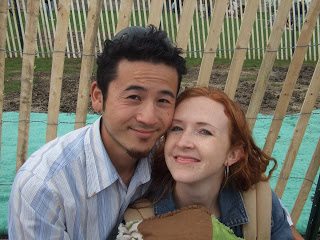 We spent one day in NYC and I’m glad we did, although we honestly didn’t see too much.

We parked on the New Jersey side and then caught a ferry to Ellis Island. They have a nice Immigration Museum there now which was quite interesting. We looked around for about a half an hour and then waited in line for the ferry. Again.

We then rode over to Liberty Island and walked around the Statue of Liberty, taking picture and recording the moment on internal memory as well. We opted not to wait in line to go in, however. Instead, we went back to wait in line for a ferry. Again.

This ferry took FOREVER to arrive and actually get us anywhere – and we had to stop back at Ellis Island before going to Manhattan. When we arrived in Manhattan, it was about 5:30 pm, and we discovered upon arrival that the last ferry back to New Jersey had departed about 4:30! Oops! They did tell us, however, that there was a privately owned ferry further up that ran until about 8pm. Whew! At least we had time to walk around a bit and see Ground Zero.

So, we did. We first went to Ground Zero. Im glad we went, but there is nothing to see. Looks like a construction site with a few cranes in it, all blocked off by construction fencing. Scroll down to see the pictures.

After that, we walked around a bit more, found some nice buildings and parks which I didn’t learn the names of yet, and then decided that we ought to head towards our ferry, since missing the boat to New Jersey that day would have been a nightmare we didn’t feel adventurous enough for…

We asked several cops and other pedesterians about the exact location of the ferry called “The Little Lady”, but NO ONE had ever heard of it! So, we kept hoofin’ it in the direction I had been pointed to when we first got off our ferry, hoping we had gotten good information the first time. We were dragging crabby kids unhappily along by this point and didn’t want to take the time to stop and rest or eat because we were afraid the ferry might not actually run until 8pm, if it even existed!

Well, we did finally find it, and it did take us to New Jersey. We did not have to experience a homeless night in Manhattan with four small children, thankfully! We got to the ferry a little after 7pm, and it did truly run until 8:45pm, so we would have had a bit more time to walk around and see stuff, but by then we were pooped, so we just went back to the car.

That night we drove down the New Jersey coast and got a hotel – first one that trip – and the next day we went to the beach. Unfortunately, it was the only *freezing* day of our trip, so we barely stayed long enough to take pictures and then hurried back into the shelter of the car before getting blown away!!! At least we saw the ocean, though. Even that was therapeutic for my beach boy husband. 😉

Sorry all the pics are out of order. If I tried to rearrange them all nicely, I would never blog this trip! 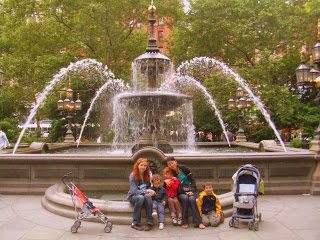 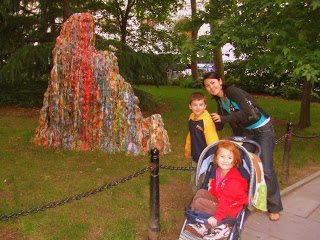 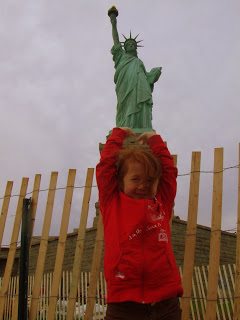 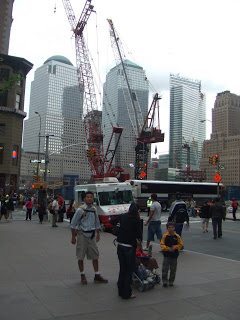 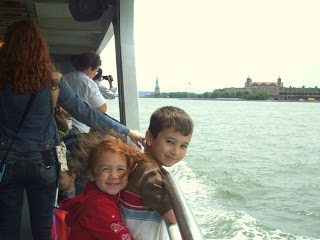 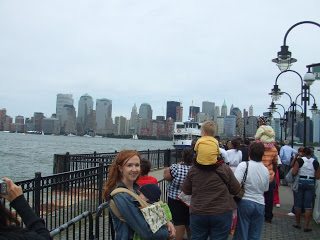 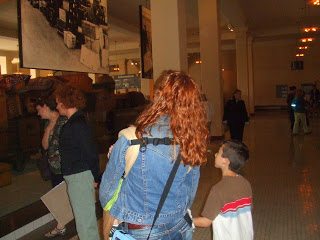 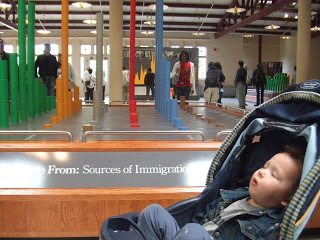 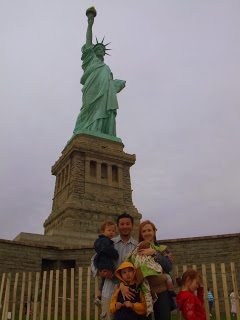 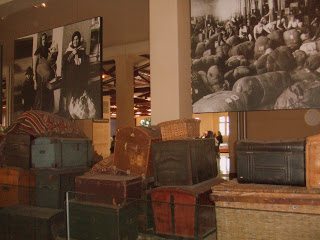 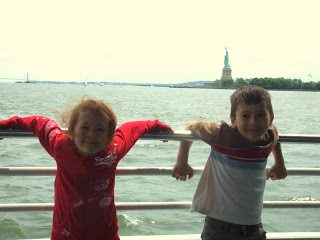 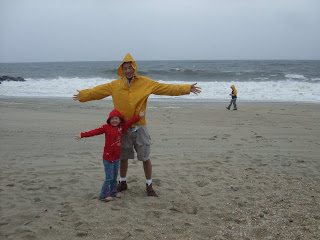 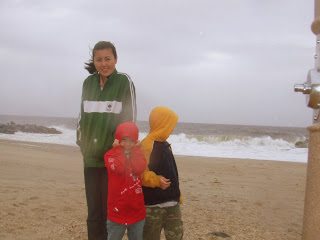 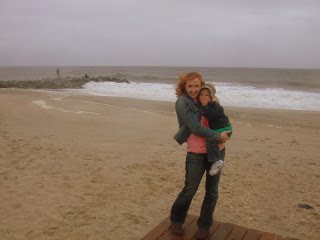