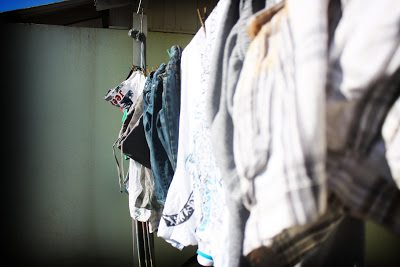 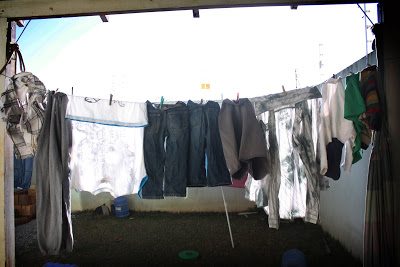 I washed and washed and washed and hung and hung all day long and now everything is washed. I don’t have enough clothesline and clothespins to hang up that much volume all at once, so all day long I was checking what was dry, switching things around, making space for more. Still, there are some things that won’t dry before the sun goes down, but I have loads and loads and loads that are now washed AND dried AND folded, and you cannot imagine my relief!
The emotions of this experience were intense enough for me to want to blog about it. 🙂
And, no, they don’t have laundromats here.