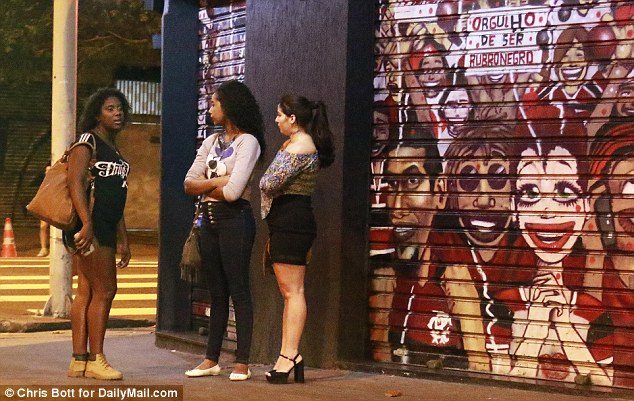 “The Spirit of the Lord GOD is upon Me,
Because the LORD has anointed Me
To preach good tidings to the poor;
He has sent Me to heal the brokenhearted,
To proclaim liberty to the captives,
And the opening of the prison to those who are bound;
To proclaim the acceptable year of the LORD,
And the day of vengeance of our God;
To comfort all who mourn,
To console those who mourn in Zion,
To give them beauty for ashes,
The oil of joy for mourning,
The garment of praise for the spirit of heaviness;
That they may be called trees of righteousness,
The planting of the LORD, that He may be glorified.”
And they shall rebuild the old ruins,
They shall raise up the former desolations,
And they shall repair the ruined cities,
The desolations of many generations.” Isaiah 61:1-4

Just a note now on the ministry that we have mentioned before to the prostitutes. Last week the kids and I put together some gift bags, eight altogether. They contained: chocolates, mints, a small notebook, a keychain, and a package of crackers. Then each of the three older children drew pictures for each bag, with notes like “Jesus loves you”, and I wrote a letter for each bag with pretty stationary. I included John 3:17 in each letter: “For God did not send His Son into the world to condemn the world, but that the world might be saved through Him.” I included my first name and phone number, and we tried to make the bags look pretty. Then we hit the streets. I was especially hoping to give the bags to the group we had seen at the bar the previous week, as we already had some form of friendship with them, but we didn’t see any of them on the usual corner.

We did see a couple from another time, with one new one, and we stopped and talked for a while, prayed with them and gave them the gifts. It really is nice to go out with the children. It makes it much easier to stop and talk to the ladies. Most of them have children, and they like to talk about their kids. Showing up with my team makes it easier to start a conversation without them feeling intimidated or suspicious about me and/or Fabio wanting to talk to them. And it is wonderful for the children to be so excited about showing God’s love to people we meet on the streets that are complete strangers to us. They don’t know what these ladies do for a living, only that they “work on the street”. They have not wondered and we protect their innocence, while encouraging them to see all people, in general, as people that need to be shown the love of Jesus!

The next day we went out again. Since it was Saturday, I thought it would be a busy night, but there was NO one out! We walked and walked, and nothing. I was about to turn around when I felt the Lord urge me on. I had never crossed the highway before, and I was alone with the three younger children. Dominique doesnt walk long distances well. It crossed my mind that maybe I could take a taxi home if we got too far, but then I realized I had forgotten to bring money! Arg! But we followed the Holy Spirit nudge and kept walking.

We sang and talked and prayed as we walked and were having a wonderful time together, but there was still no one out on the street! Finally, after probably about 3 miles in an hour or so, I thought we better go ahead and turn around. Maybe we would meet with our divine appointment on the way home. Just as we turned around, a lady crossed the street and I felt that urge. But she sure didn’t look the part of a prostitute! We followed her, until she stopped and leaned against a building. Then we stopped too, and started talking to her. She was probably about 45, had a black knee-length dress on, no heels or make-up or fancy hair-do. I still wasn’t sure… After talking a long time, I asked her where she worked? She glanced around and sheepishly said, “here”. Since she had been so open so far, I asked her how long she had been working here and what made her make that decision. She said six years, and it was after an accident that she couldn’t work her regular job after, etc. She had no family and had gone hungry for a long time trying to find a way to make ends meet. Finally, she hit the streets.

We gave her a gift bag and explained that we were here because we care! Jesus had better ideas for her life, and He is the way, truth and life. We prayed with her and she said to come back and visit anytime. We certainly will!

I wish I could take pictures so you could see, if I could capture it, these ladies’ eyes and faces. But as you can imagine, it is not really the appropriate setting to ask if we could take a picture together! But, please PRAY for these ladies, that they would be SET FREE by the power of Christ to newness of life!

(Also, the Lord gave Dominique supernatural strength that night too. She walked all the way back home without complaining! 😉