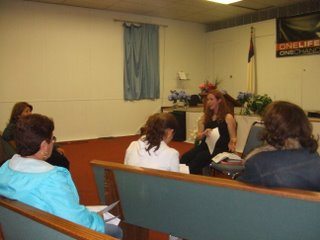 The Peruvian pastor who founded the Peruvian church in Japan, which Fabio and I attended (and later pastored when he left), now lives in Milwaukee with his family, pastoring a church there.
They invited us to come this past weekend to speak there. We left Saturday morning, and Saturday evening I gave a class for women on raising children. It is not something I pretend to be an expert in, but it is something I am passionate about, and I was thankful to share some of the things the Lord is teaching me in this area. 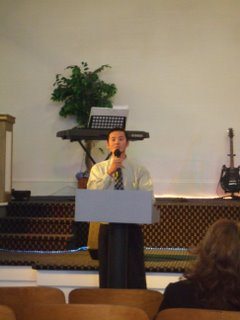 Then on Sunday morning, Fabio preached. He did an excellent job and I was so proud of him. It was “mission Sunday” at their church, which they have once a month, and Fabio spoke on fulfilling YOUR mission, what God has for you to do, regardless of whether that means going to another country or staying here. The theme verse was from 2 Timothy 2:4 “No one engaged in warfare entangles himself with the affairs of this life, that he may please Him who enlisted him as a soldier.” He talked about loving God above all else and being willing to leave behind all else to fulfill whatever He calls you to, for love of Him, and to seek His glory and His Kingdom rather than your own. 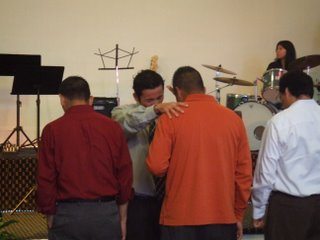 Many people were touched by the Holy Spirit and we had a powerful time of prayer ministry after the message. 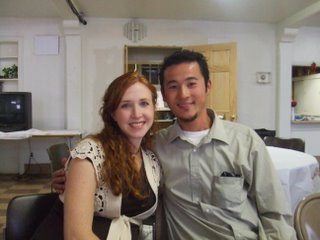 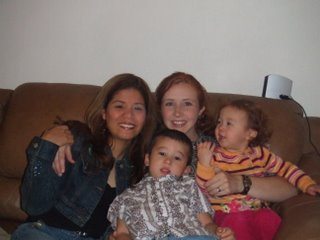 Here we are with Caty, the pastor’s oldest daughter. 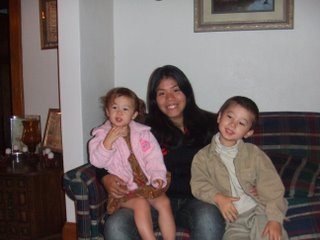 And Genesis, the pastor’s youngest daughter. He has one middle daughter who was married this past April. You may remember the video clip I posted of her wedding? Well, unfortunately, the weekend was SO busy and we were running the whole time and I didnt get a chance to take a pic of her and her husband, nor of Pastor and Ana on Sunday! Monday I wanted to take a pic of them, but they hadn’t had a chance to shower yet when we left and didnt want me to take the pic of them in their jammies! 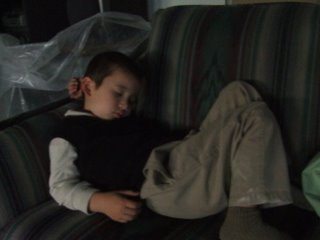 We had a wonderful time, but BOY was it tiring! Both Saturday and Sunday we were up LATE, and the kids still woke with the roosters, of course. And both days, we had barely gotten them down for a nap when we had to yank them out of bed to go again! Joshua’s Sunday afternoon nap was all of ten minutes!

And after that kind of an exhausting weekend, we had quite an adventure awaiting us on the way home! Read the next post for the details! (It wouldnt let me post all of the pics on one post.)