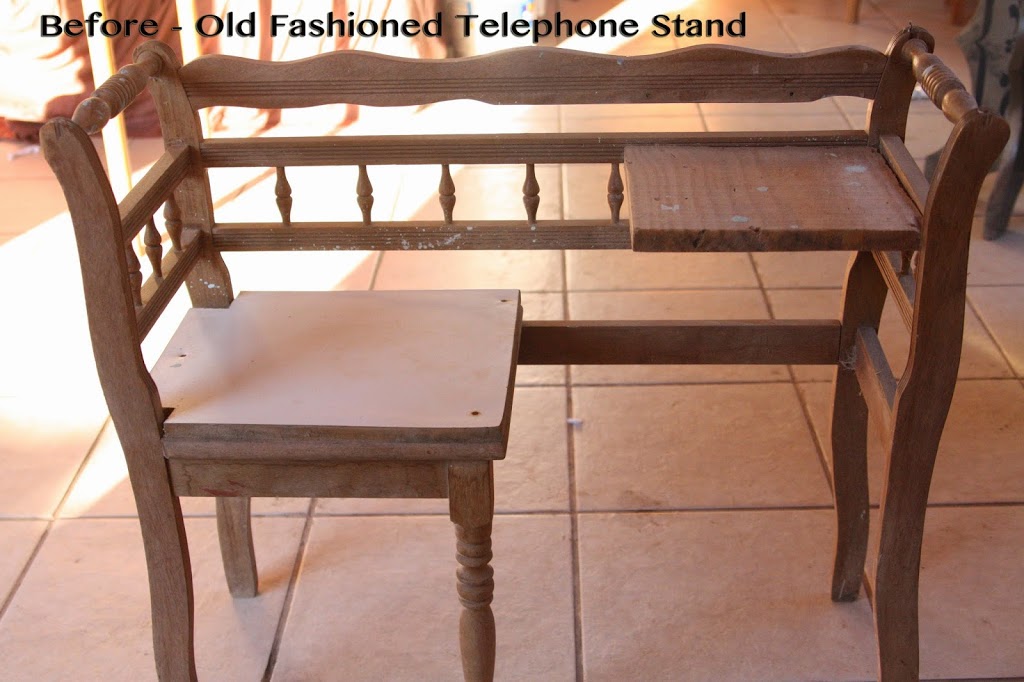 Making Room for One More – Part 3 (Making a Co-sleeper)

(By the way, Part One and Part Two of “Making Room for One More” are here.)

So now I was brainstorming on how to manage things with this baby. I looked to buy the bassinet attachment, but it was not possible. I looked at buying an all new pack-n-play, but they are SO expensive here! And then… I had an idea! What if we made our own side-car style co-sleeper?? Maybe I could find something adaptable in a used furniture store?
So I went out looking, not sure what exactly I was looking for!  But I spotted something in a corner that looked like it might work. It had all sorts of things piled on top of and around it, and was covered in an inch of dust, but when I got it un-buried, I could just *see* it! I talked the price down and carried my treasure home! It was an old-fashioned telephone stand. 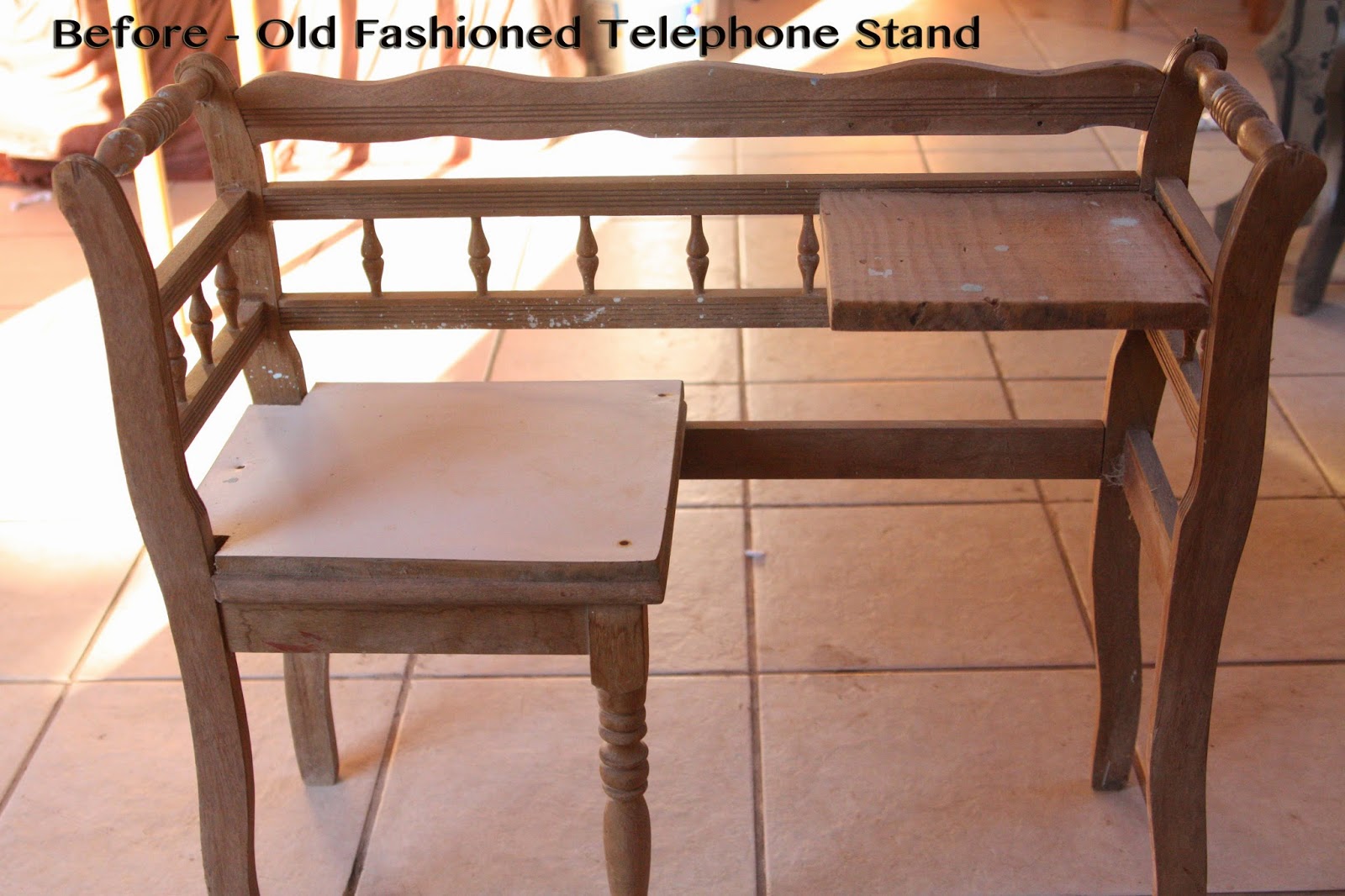 I had not mentioned my project idea to Fabio because I wasn’t even sure if I would find anything suitable, so I was really hoping that he would be willing to help me out, since I figured I would need his help!  Thankfully, he was. 🙂  We actually had a lot of fun working on it together.
First, we removed the bench and the telephone shelf, and then Fabio cut a board to put across the front: 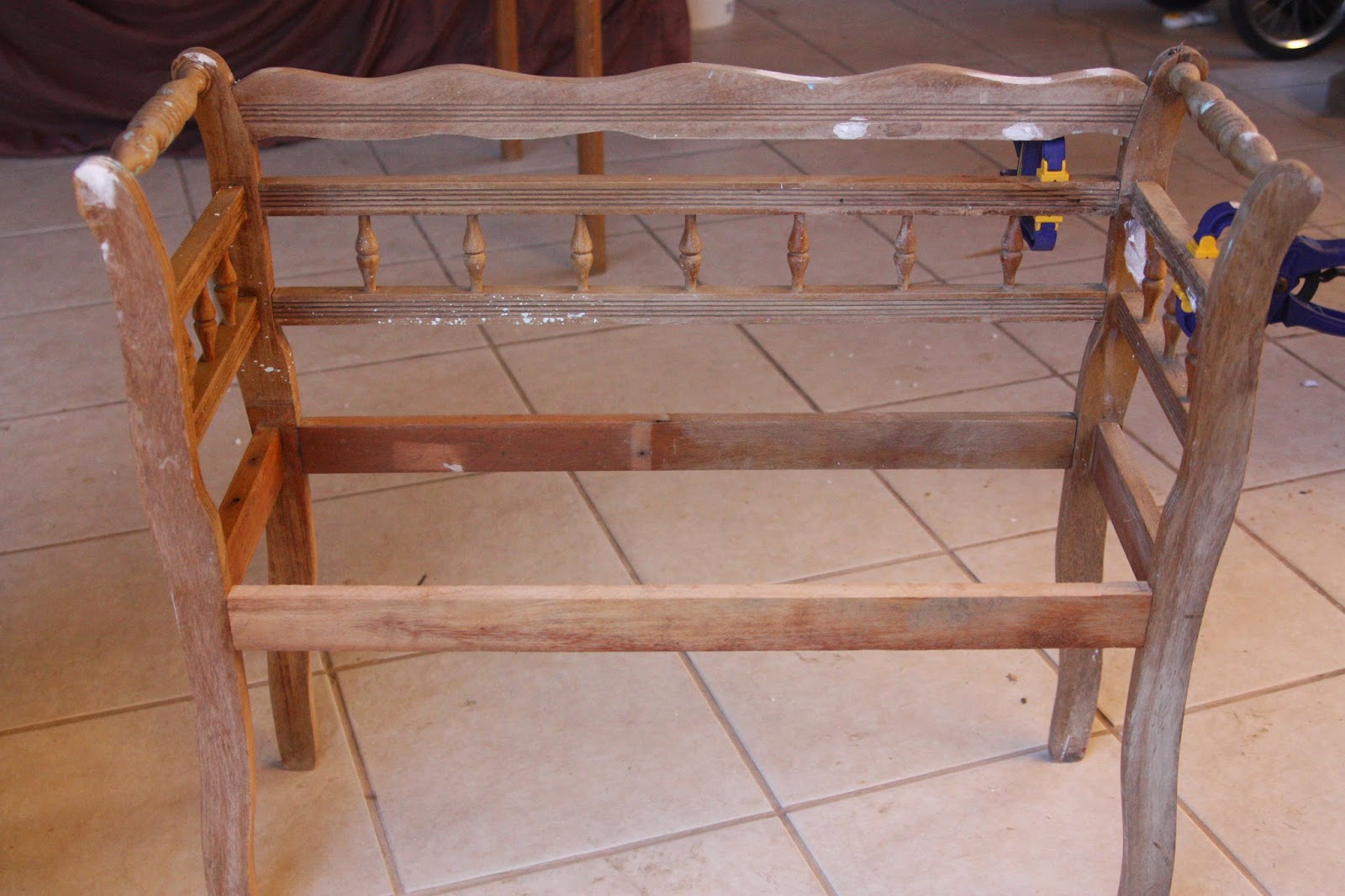 The removal of the shelf damaged the wood a bit, so we applied some wood glue and clamps. 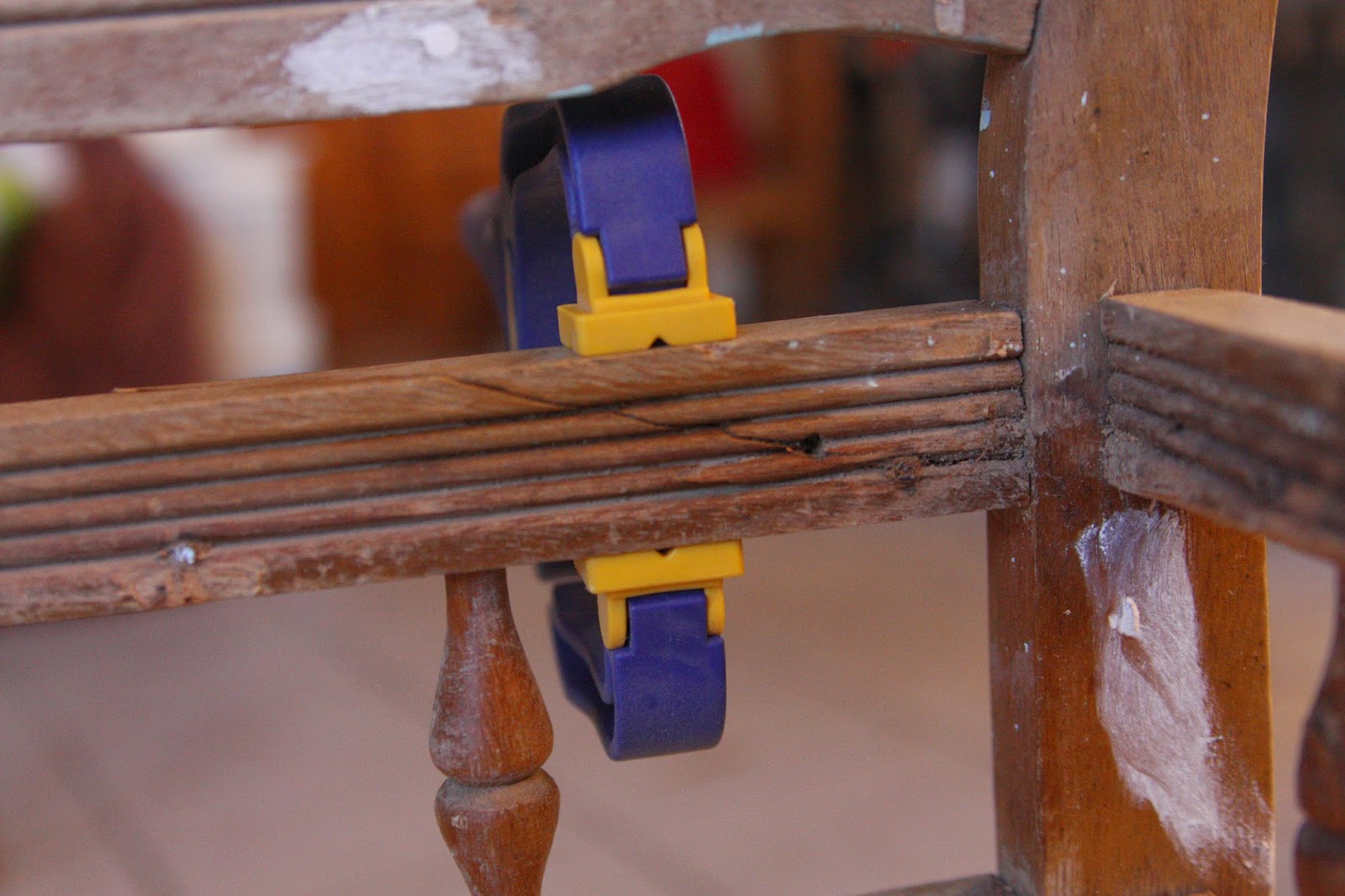 I used some plaster to fill in some holes from the nails and some scratches. 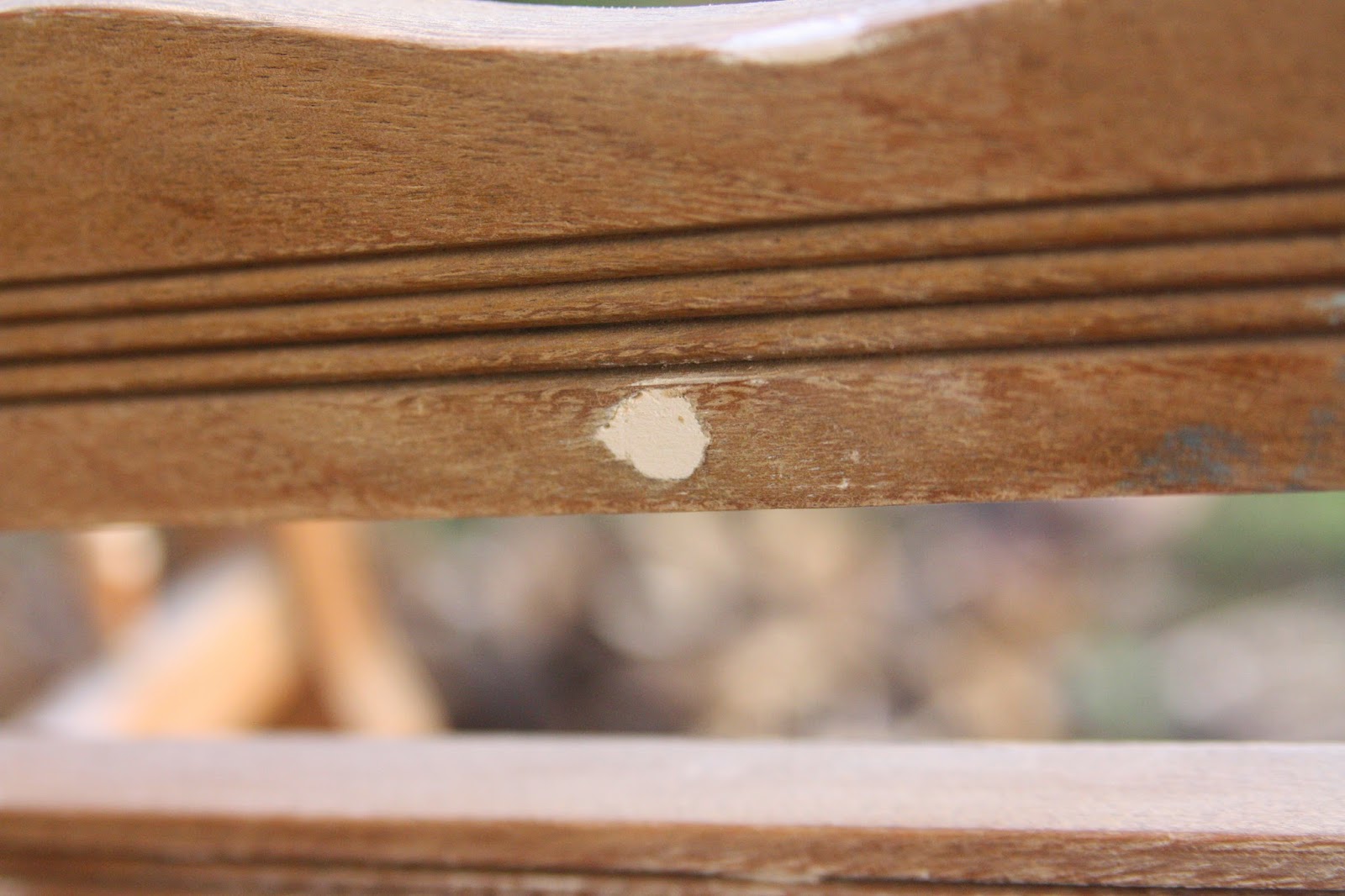 Then Fabio cut a section of plywood for the “bench”: 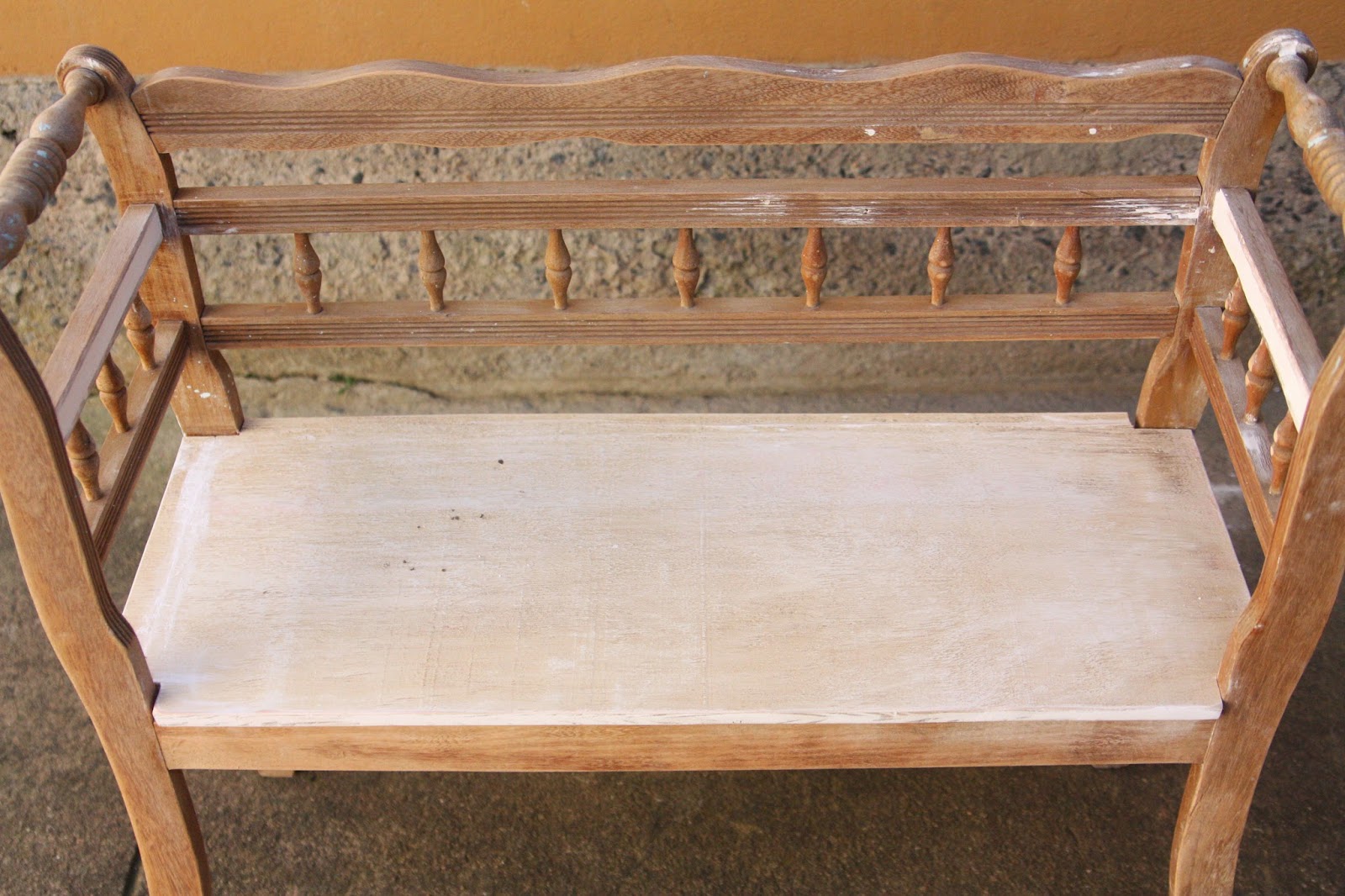 This was the result so far: Then I sanded it. A lot. 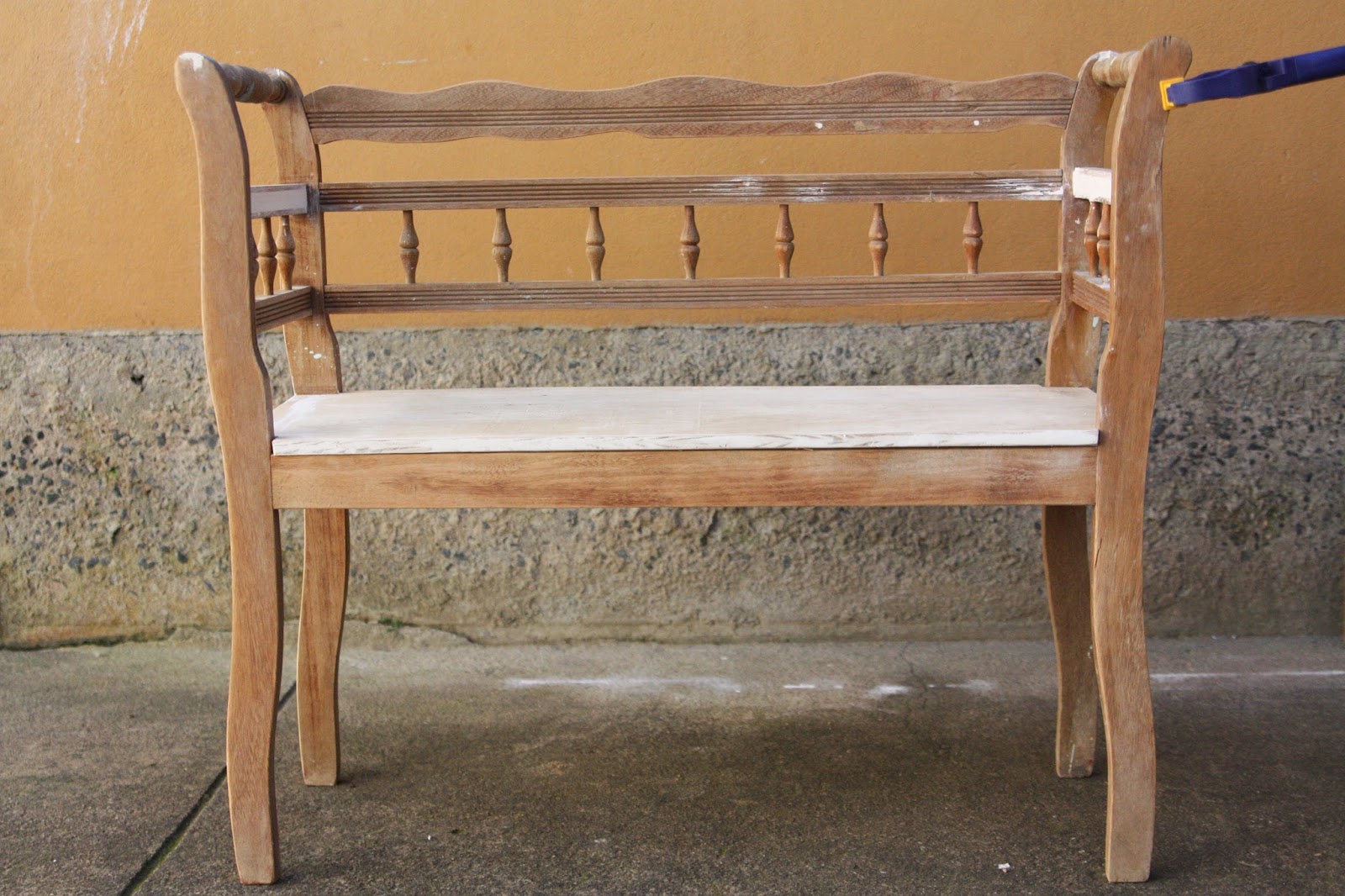 After sanding it, a LOT, I applied three coats of white paint. Two one day, and the final touch-up coat the next day. I had an old piece of foam that I repurposed into the mattress. I only had to buy a waterproof piece of fabric to cover it with and VIOLA! The really nice thing about this is that before the baby needs it and after she is done needing it, it can be used as a charming little bench, as in this picture (sorry for the poor lighting) : 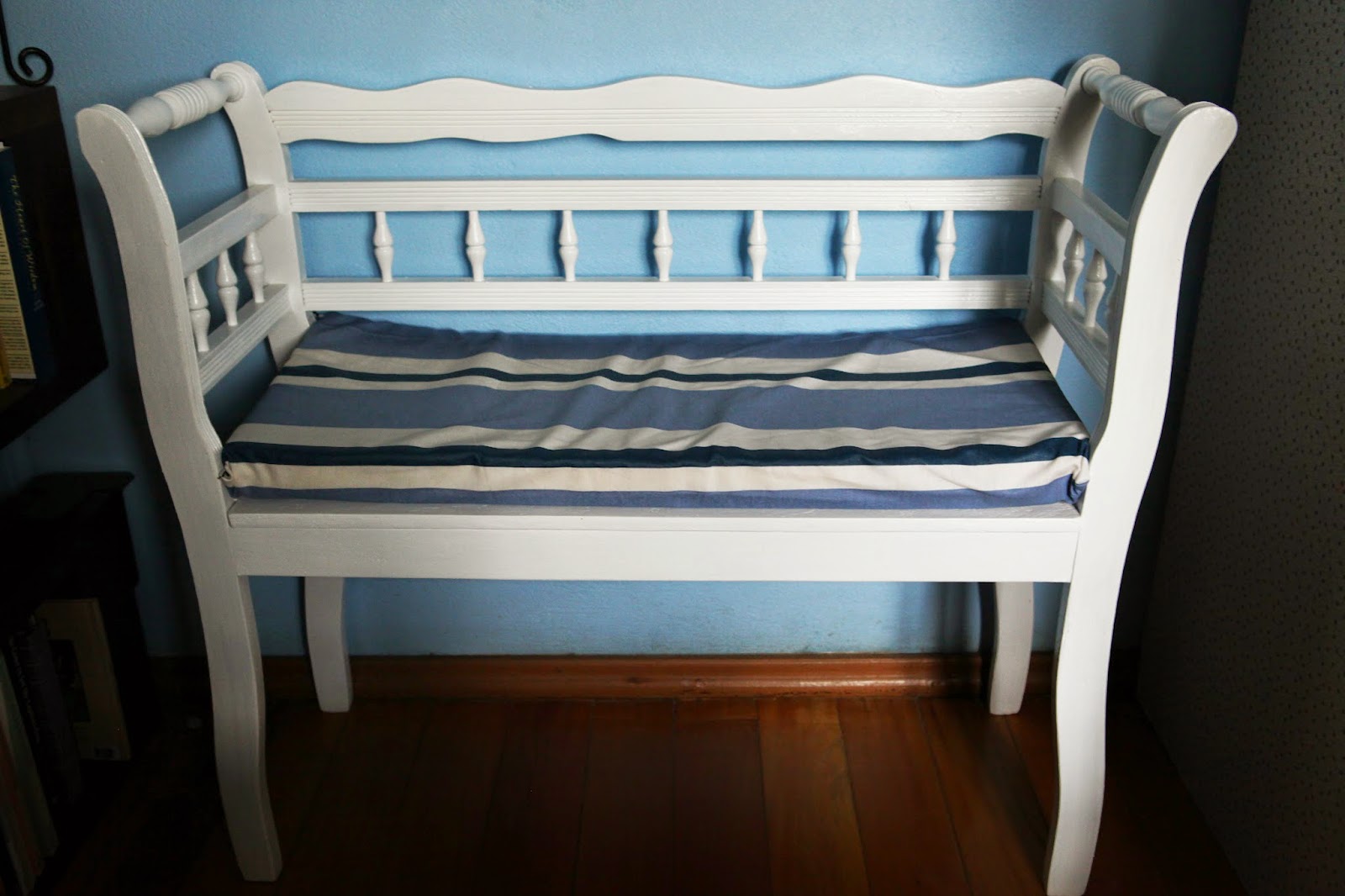 And while she needs it, it will still be charming. 🙂 And takes up even less space in our room than the pack-n-play, and keeps her even closer, which I like. I think it will be much easier to access her at night this way, while still having the space I need to be comfortable in my own bed.
I sewed four fitted sheets for the mattress, and some bumper pads so she will not bump her poor baby head: 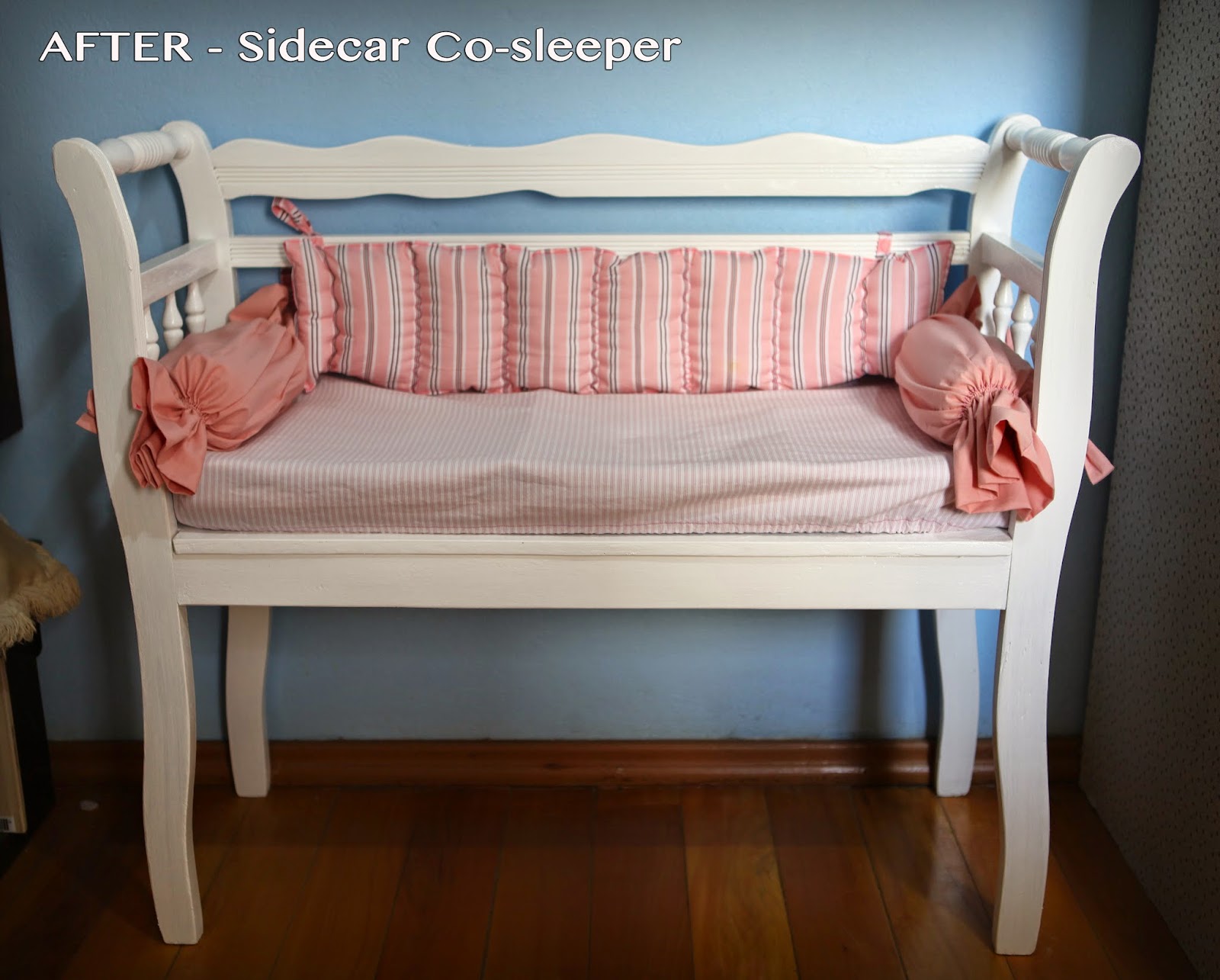 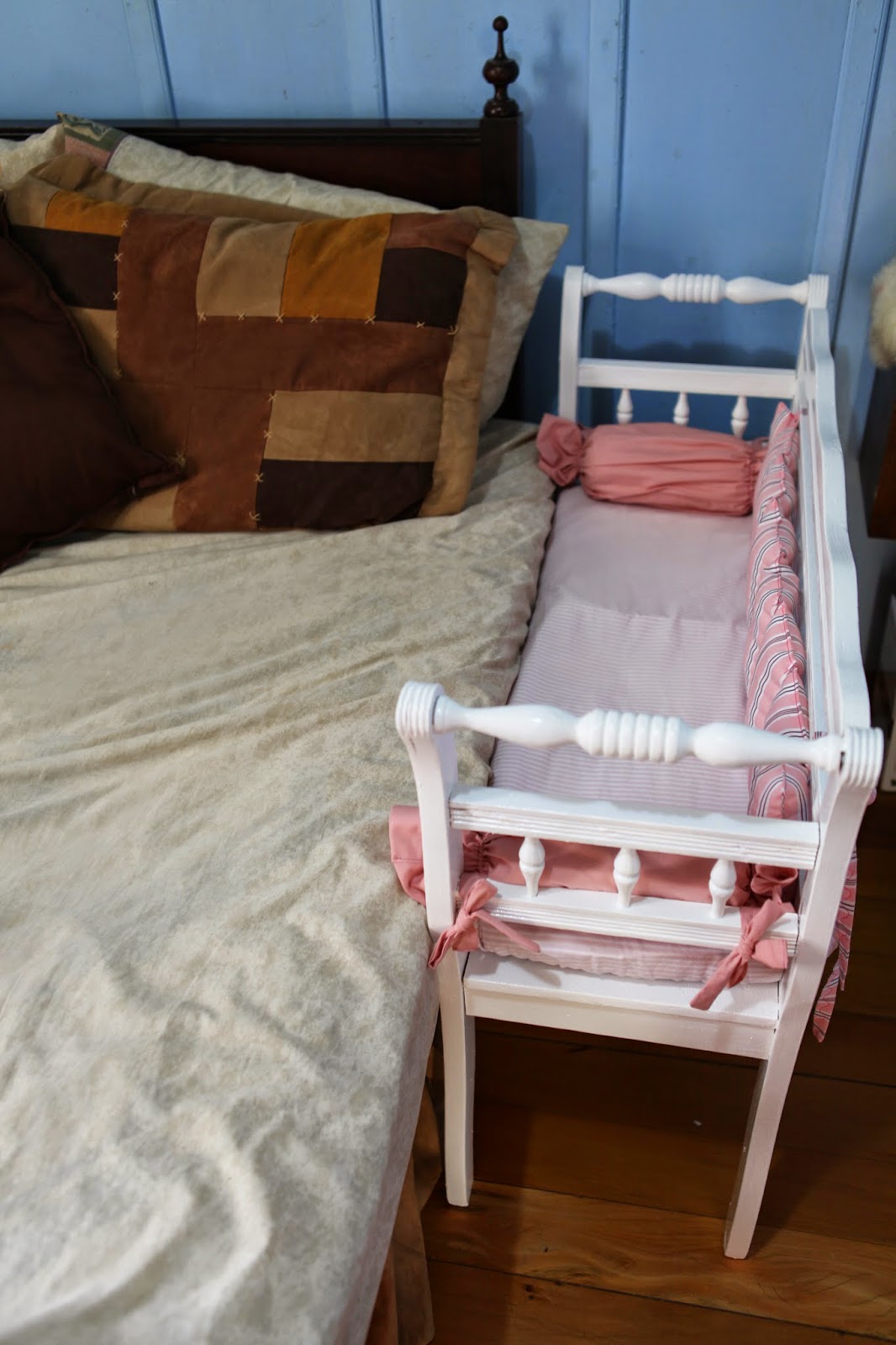 And so, it will be like this: baby right next to mama. 🙂 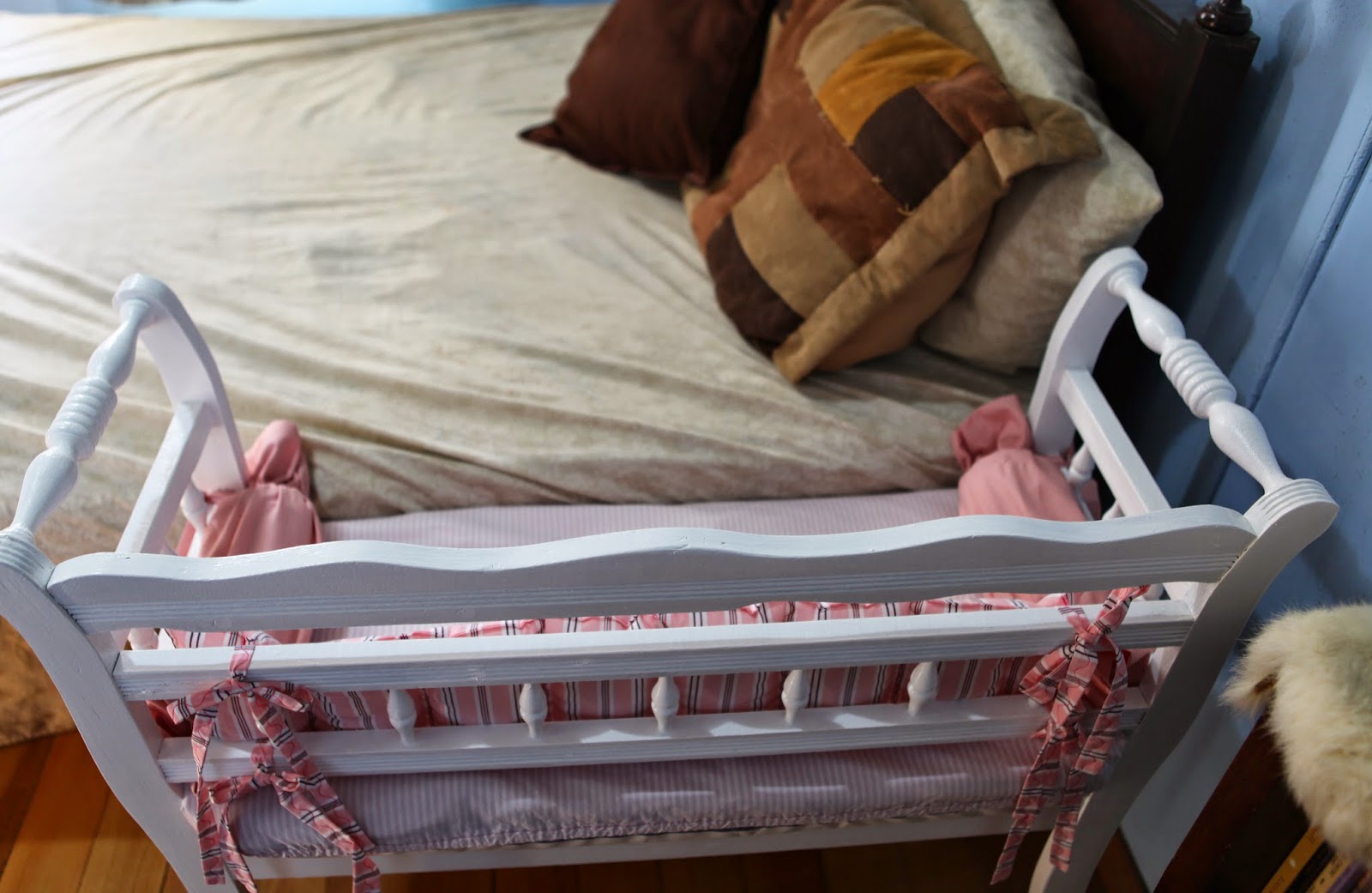 Just for effect, one more “before” and “after” pic for comparison: