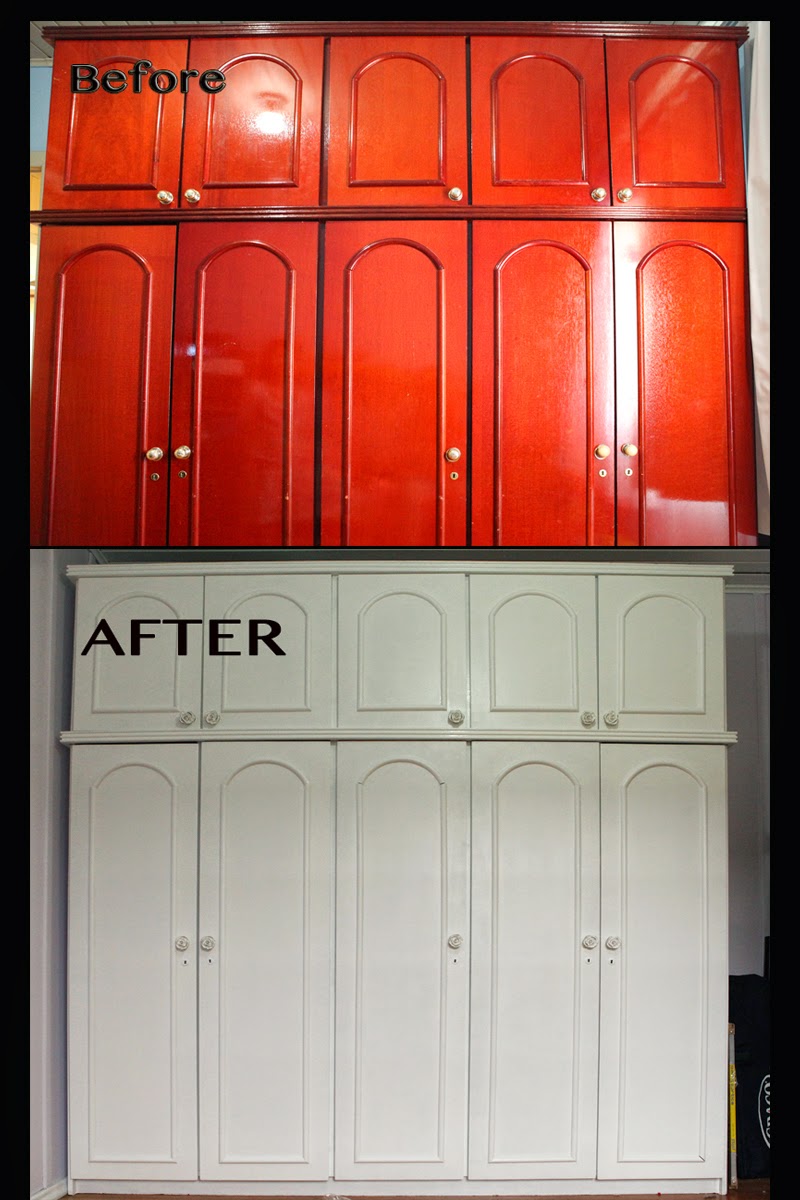 Making Room for One More – Part 2

Part One is Here.
So once I got my stuff out of the “Storage Room”, I was just dying to tackle an enormous project: refinishing the cabinet! We bought this cabinet at a used furniture store four years ago because it was sturdy and functional and what we could afford, but I always thought it was as ugly as sin. Just never seemed like a good time to do anything about it, though….  Until now!

I was overwhelmed  by the thought of sanding it, though, so I did a little research and found a product called “Batida de Pedra” that is used for painting the underneath of vehicles that will stick to ANYTHING, no sanding necessary. So I put two coats of it on the cabinet.
Below: on the left – after two coats and on the right – after one coat. 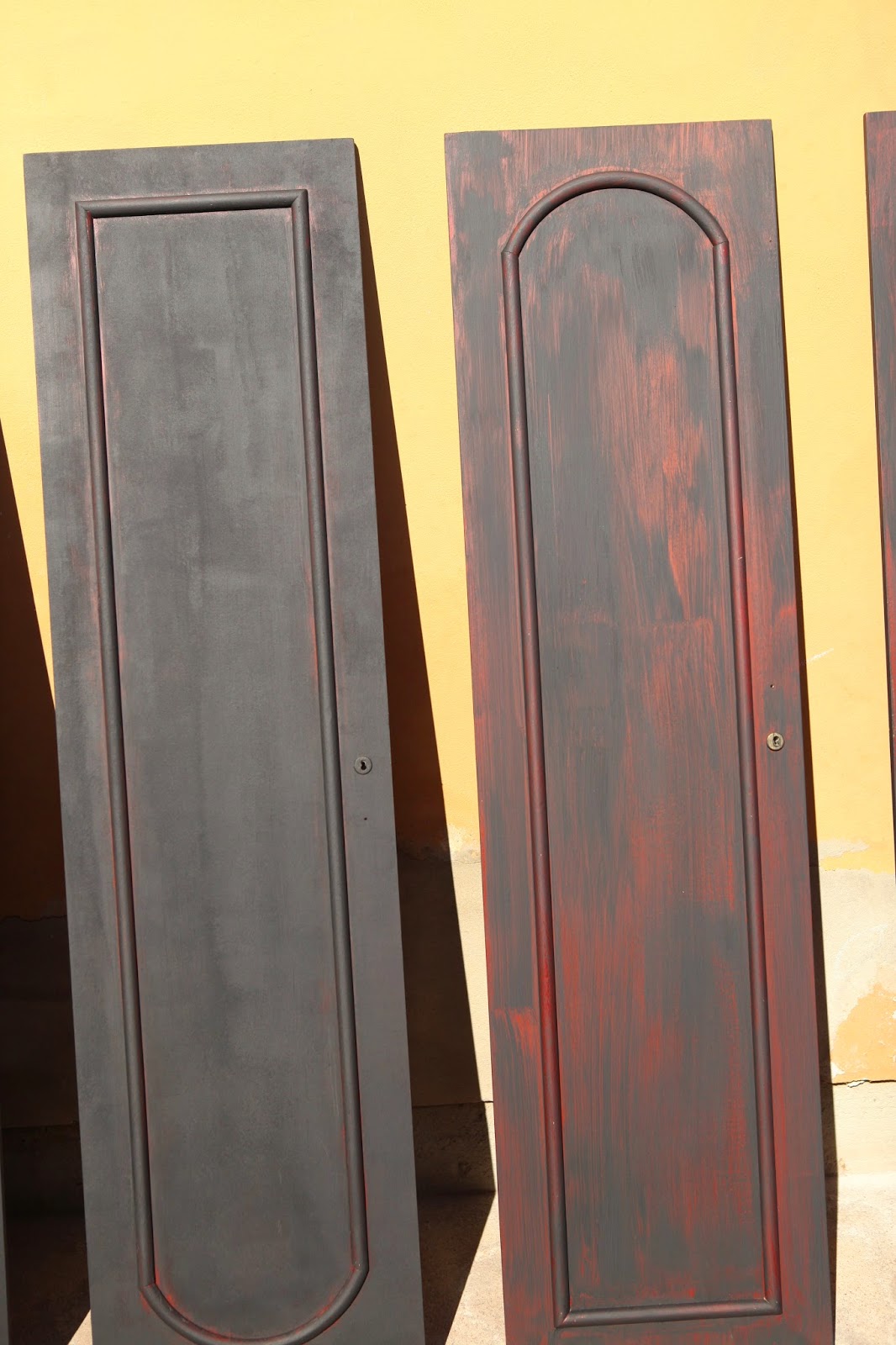 About this point, my good friend Leila had mercy on me and the huge project I had undertaken (since I also thought it would be a good idea to paint the ROOM and everything while the cabinet was taken apart! So, she and some helpers came to give me a hand. 🙂 Thank you so much, guys! 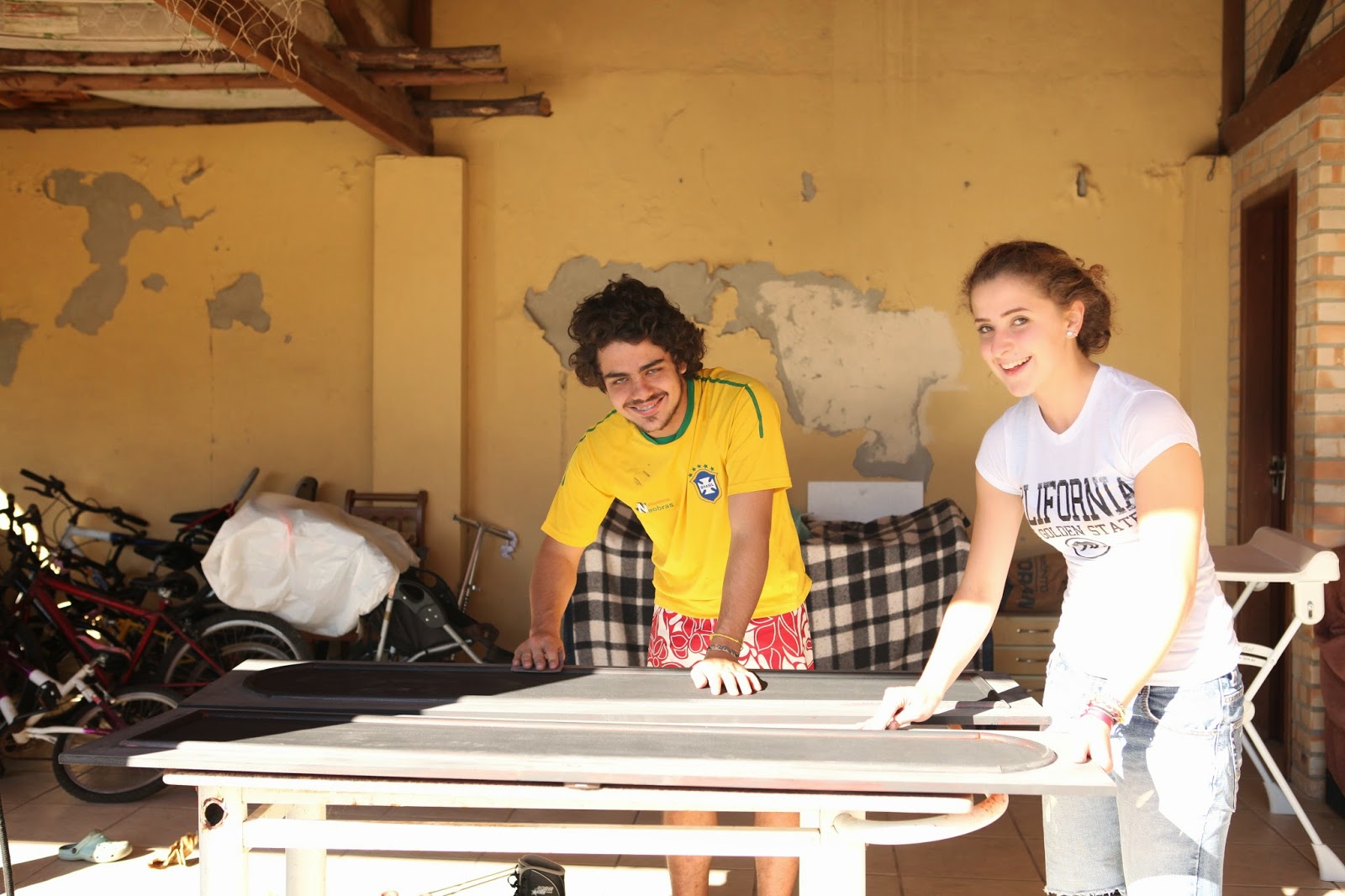 Detail: Leila’s husband and her son (above) are professionals at furniture restoration and thought I was pretty crazy to use that “Batida de Pedra” stuff. Haha. They insisted on sanding it before painting. 🙂
After sanding, it looked like this: 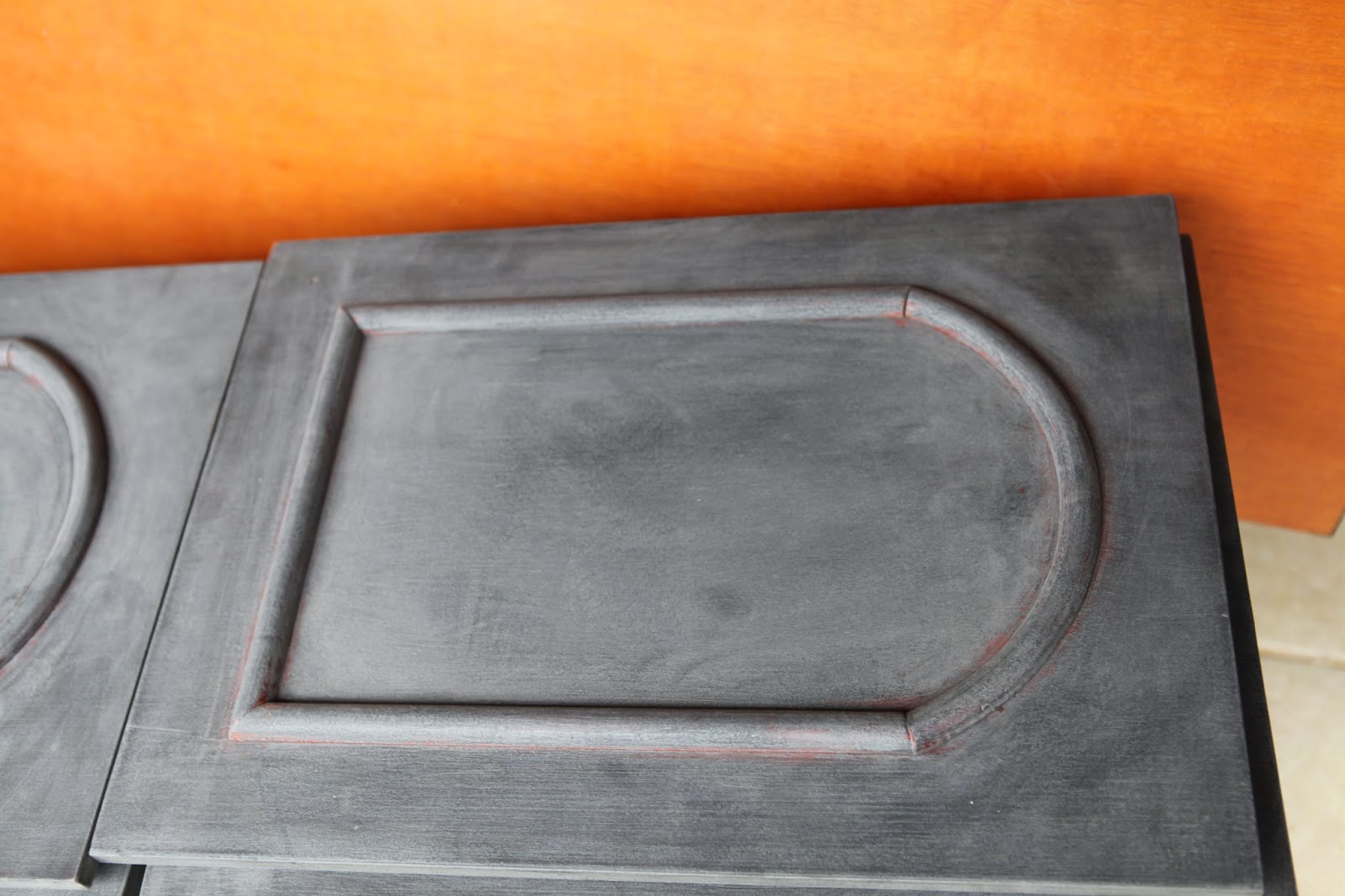 The next day, a couple helpers came to paint the room too! It went from a cornflower blue to a very, very light lavender. Fabio also painted the ceiling WHITE and all the woodwork as well. 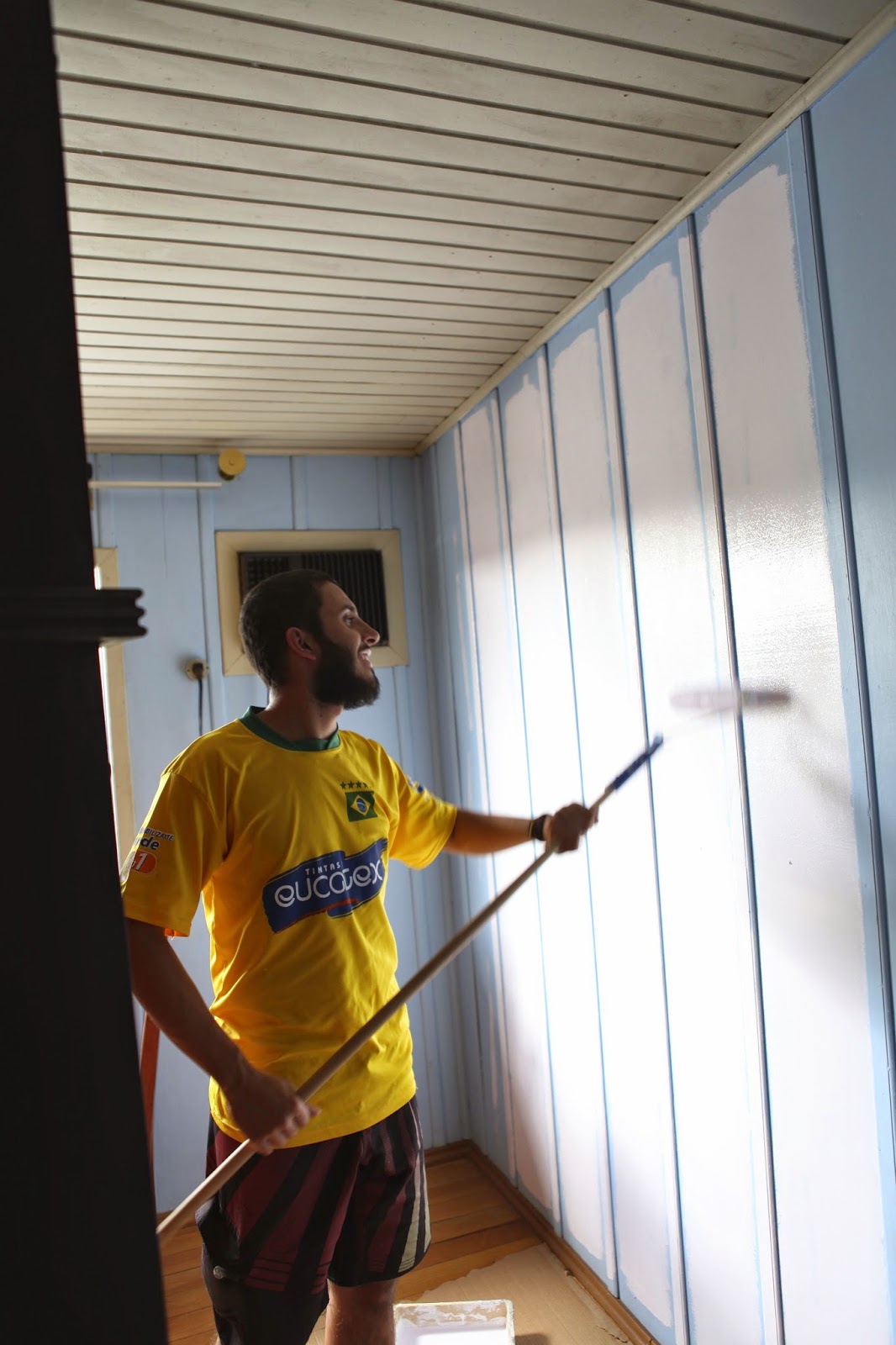 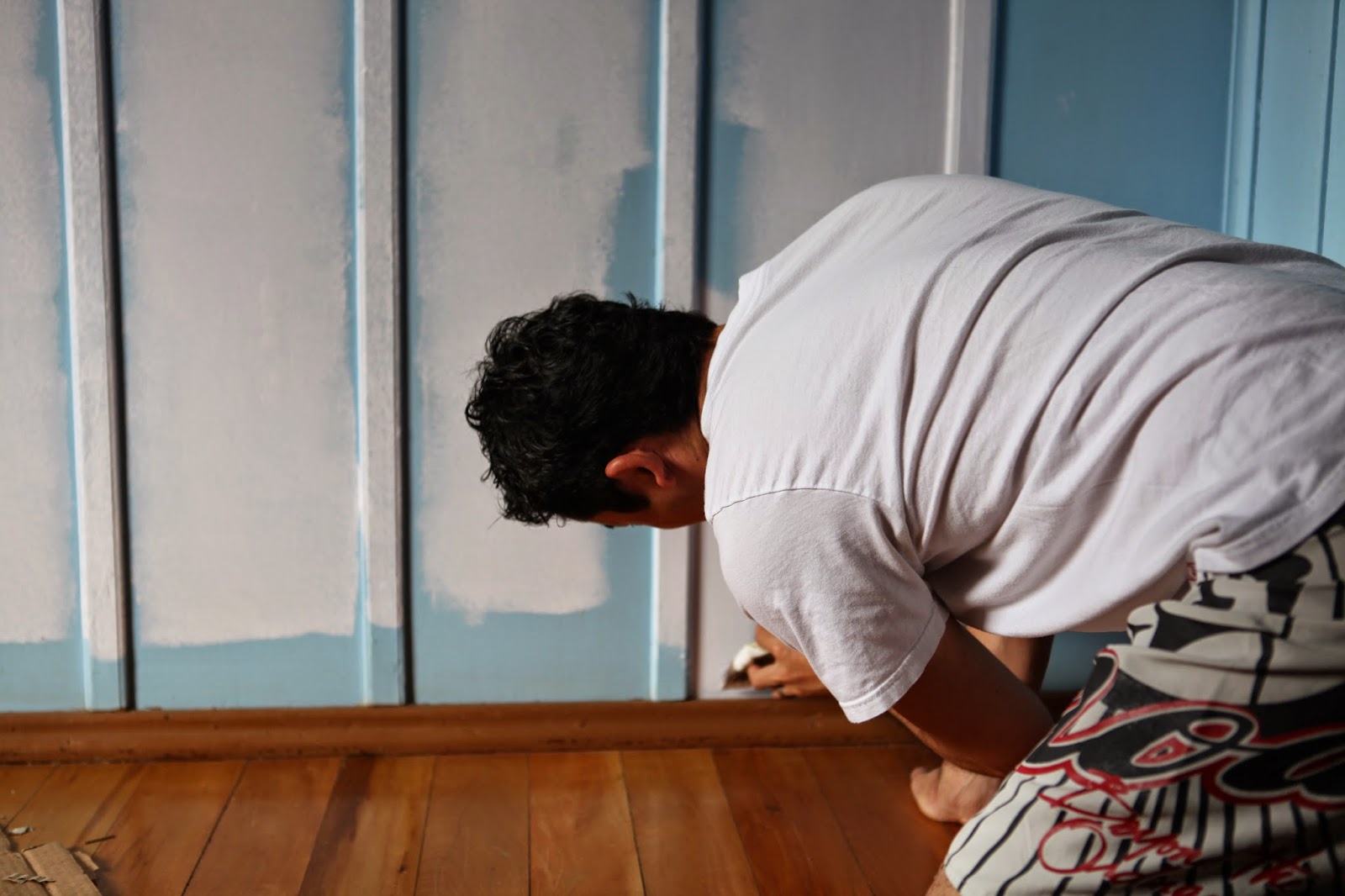 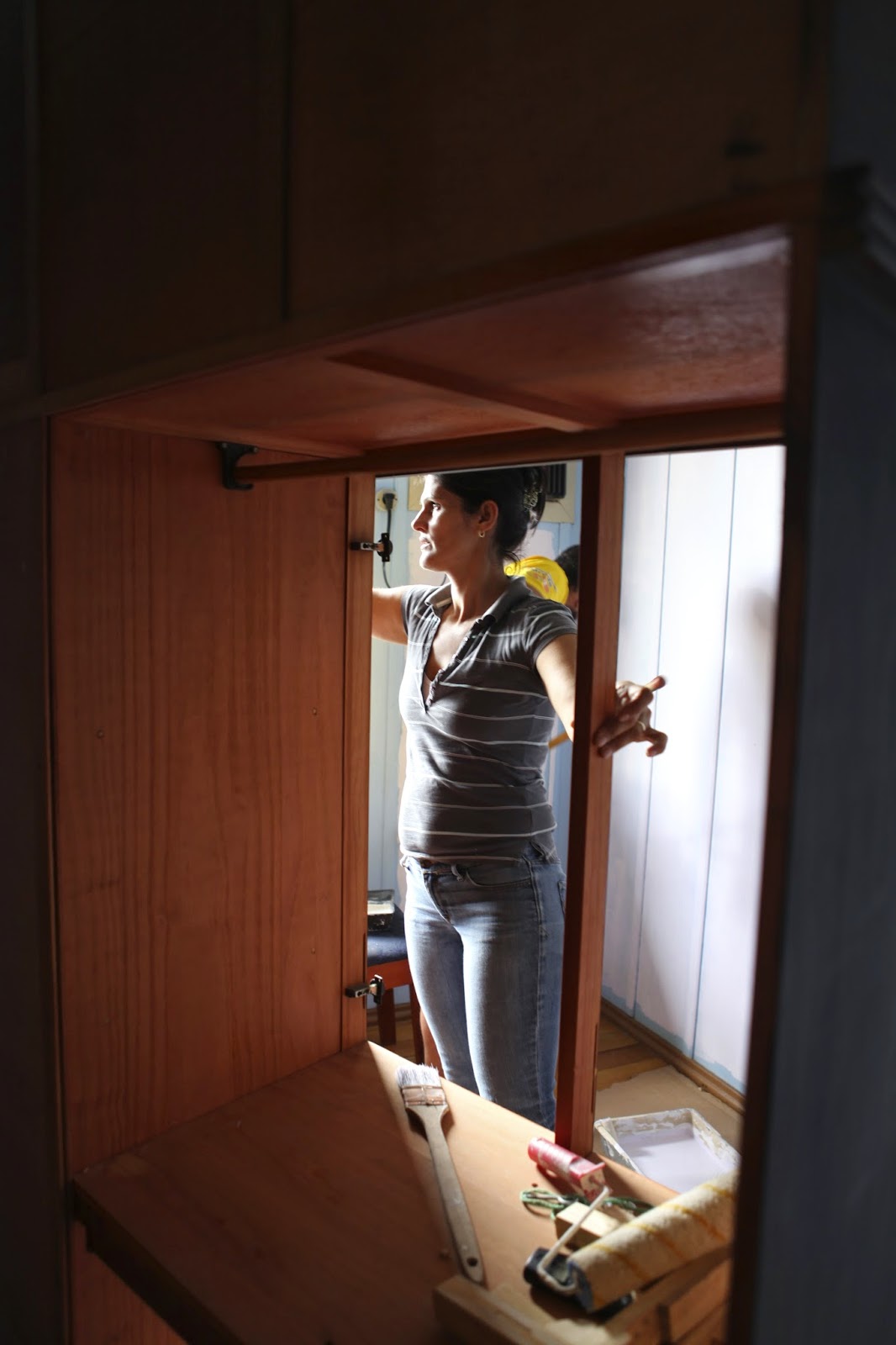 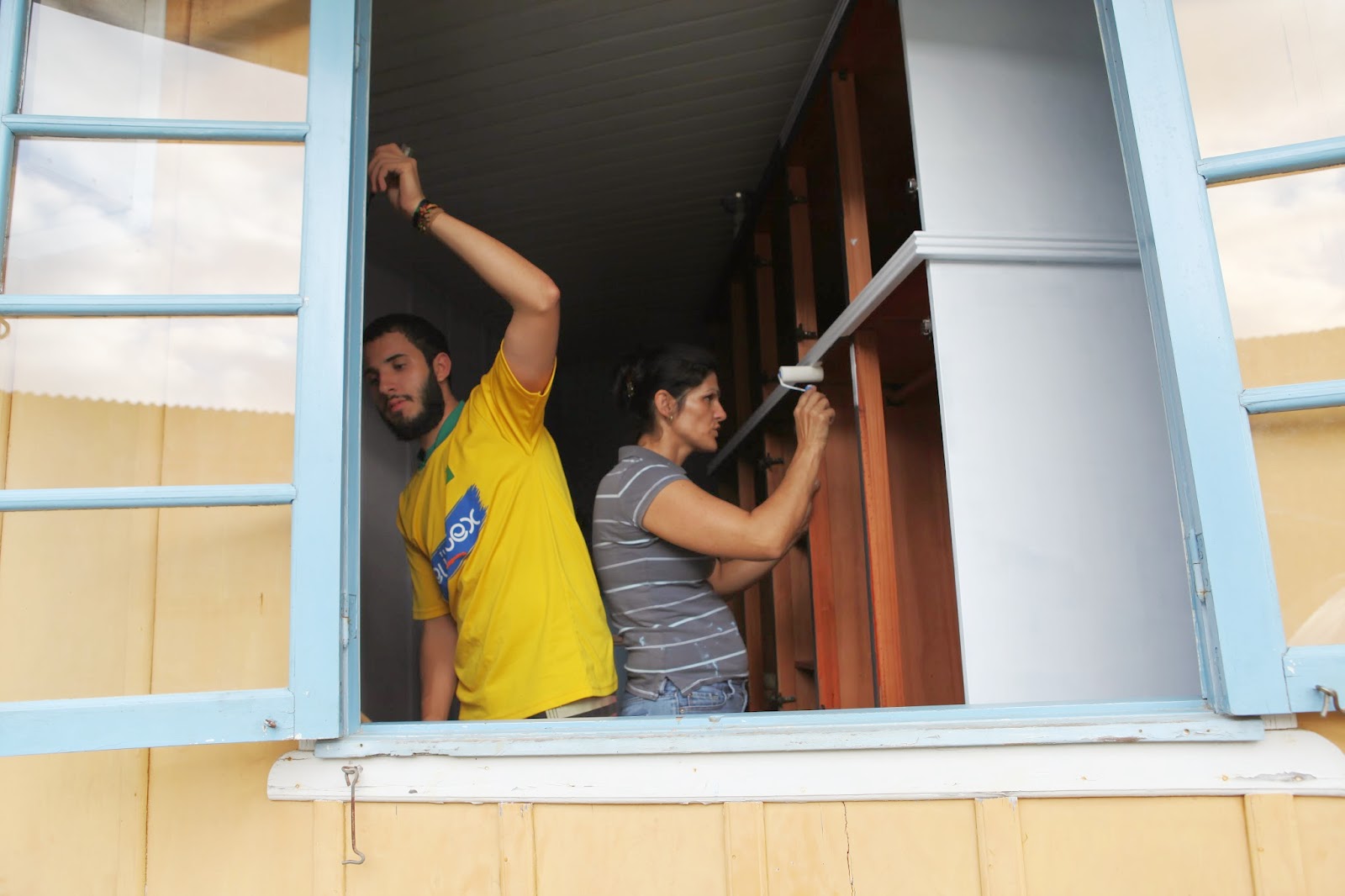 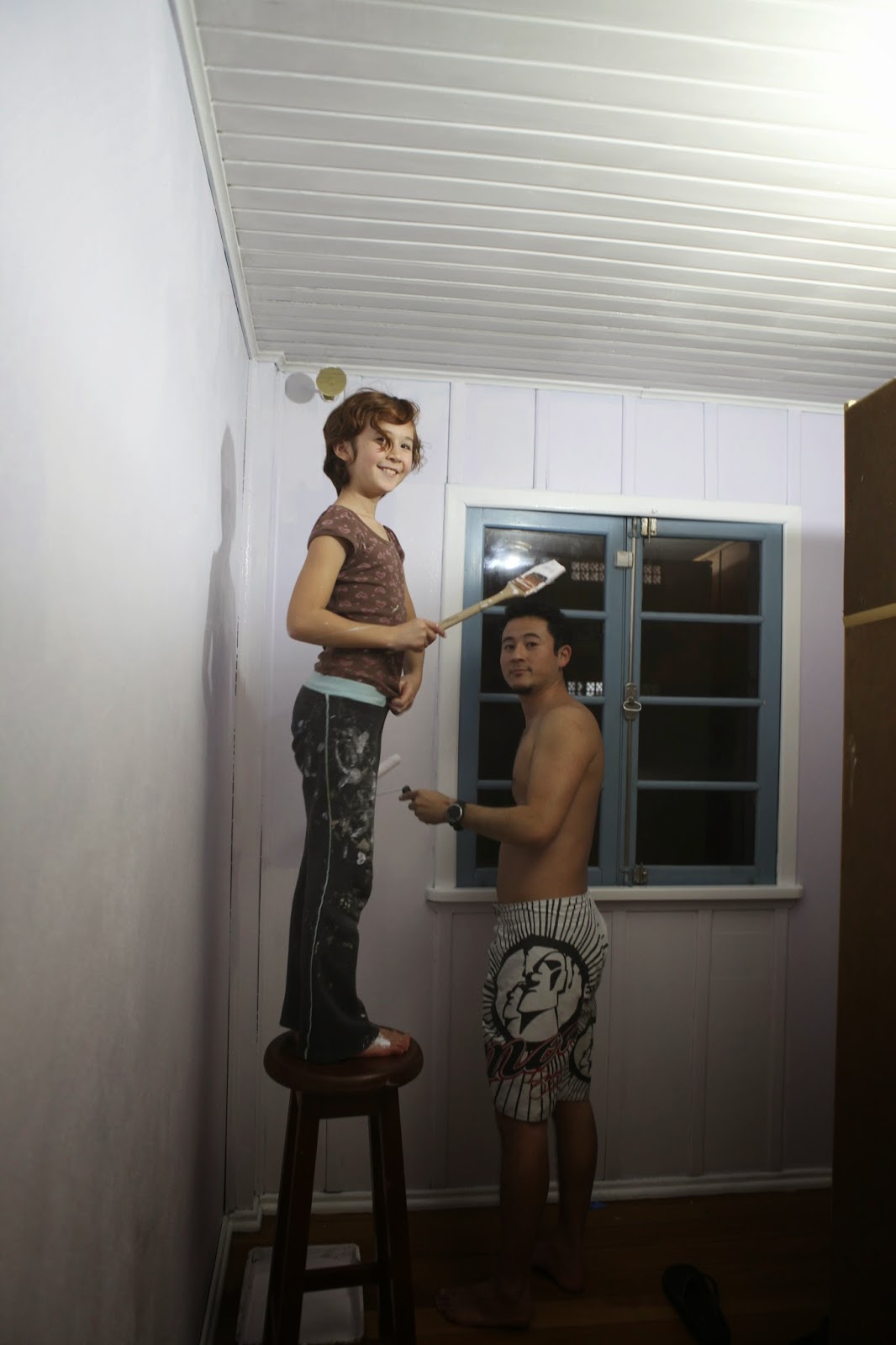 The cabinet then needed FOUR coats of white to cover the black “primer”, and it was a PAIN! Especially around all of those curves of molding on the doors. But at last, it was done. Not perfect, but done! I ordered the handles online as a finishing touch: 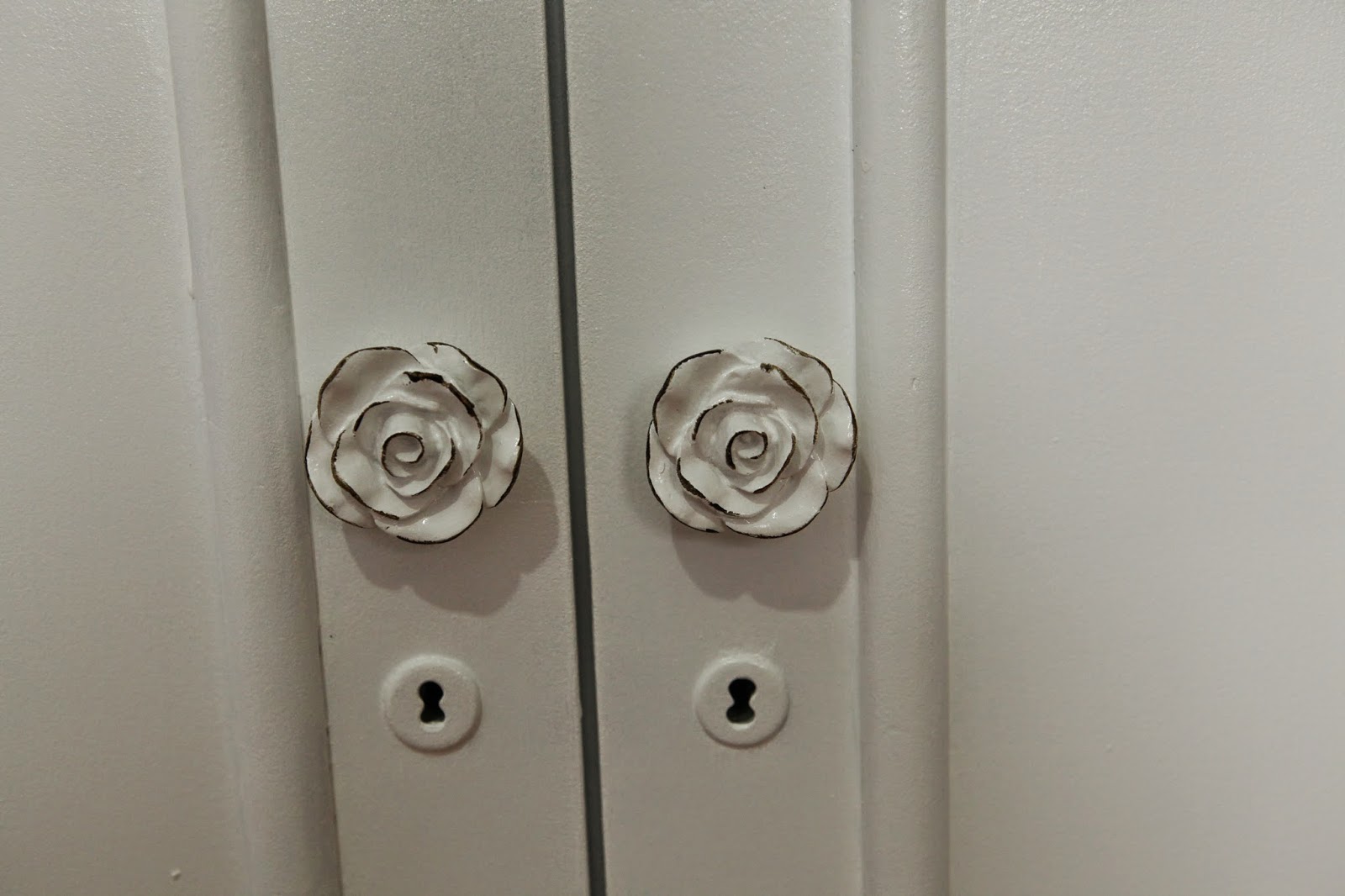 And then I made curtains. 🙂 This was a fun project. I was able to use scraps I had around the house for everything except the lace trim, so it cost me a total of less than $5.00. Love that kind of frugal! 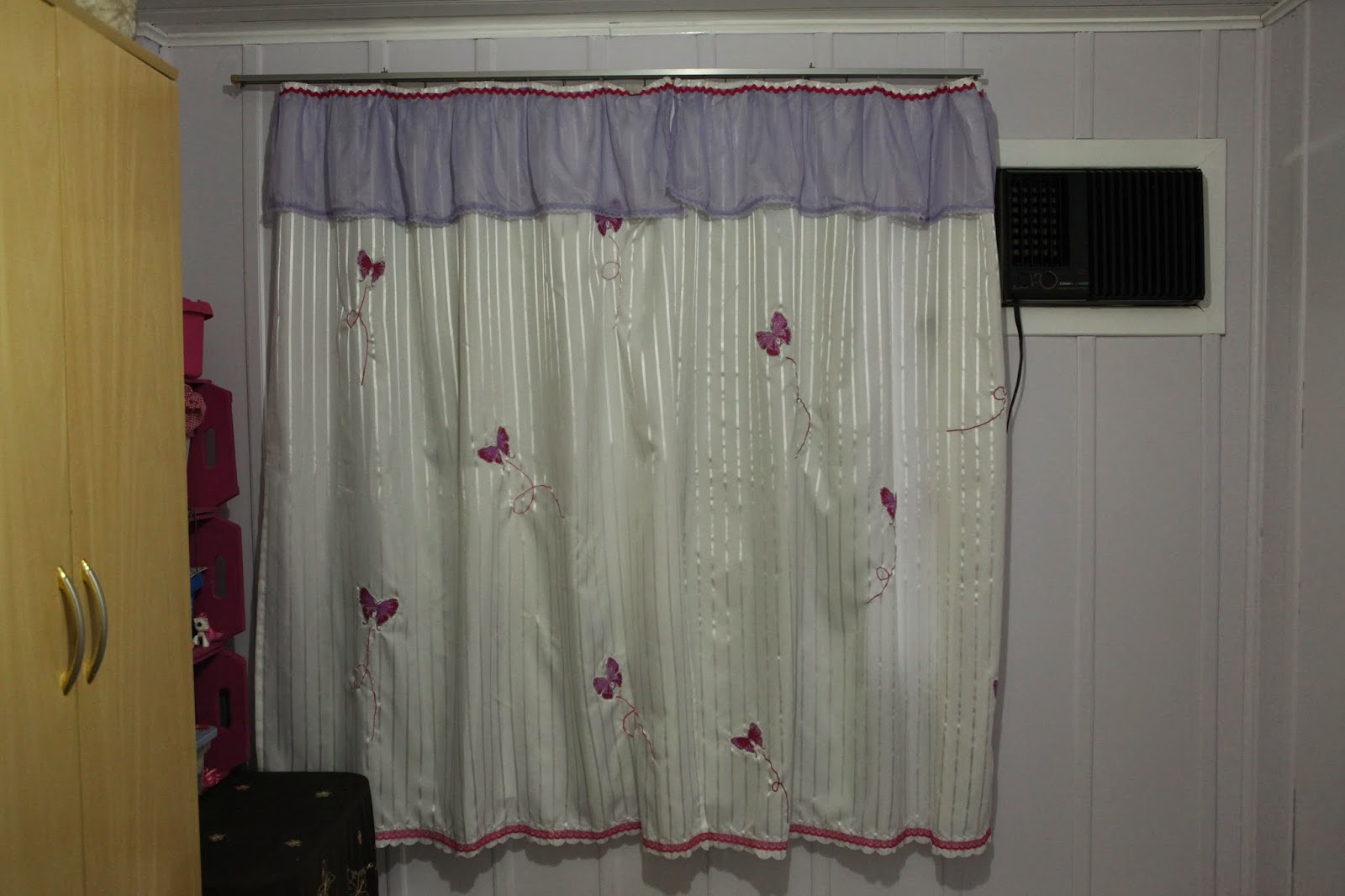 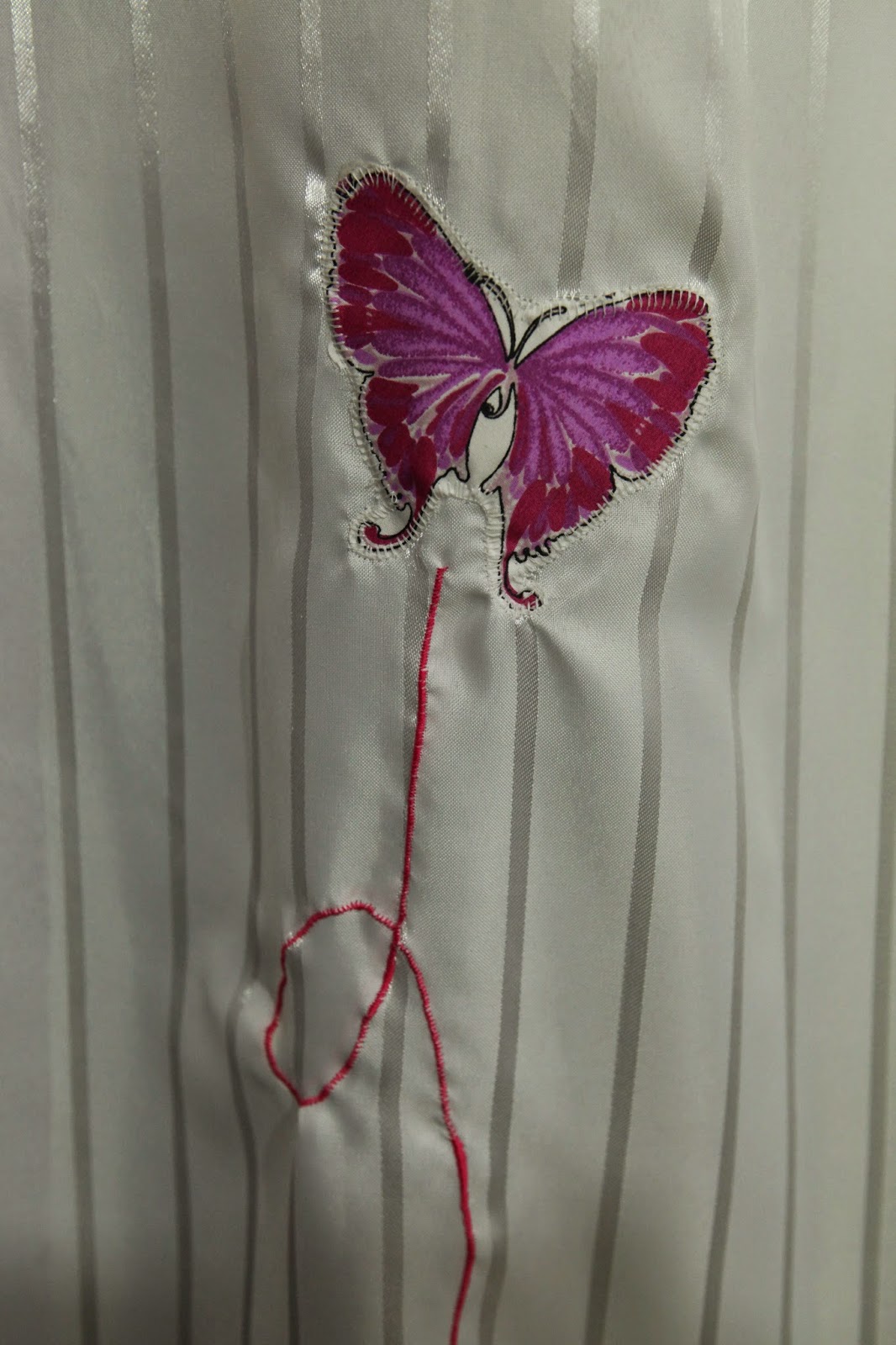 The butterflies I cut out of a material scrap someone had given me and sewed them on in random places.

This is the first time we have ever had a “Girls Room” and it is so much fun to have it all girly!!