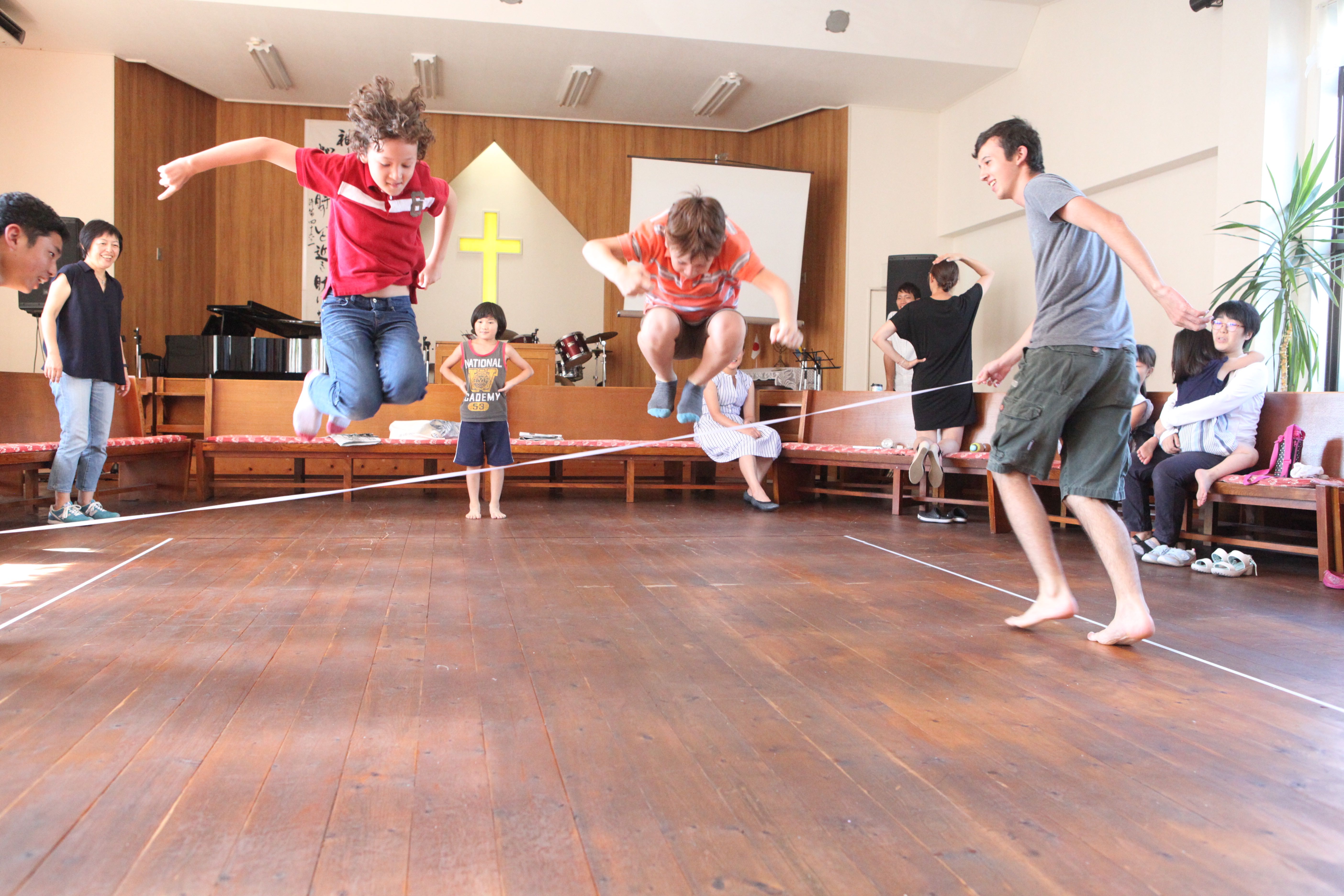 Kakigori means “shaved ice” in Japanese, and is very popular summertime fare, especially for children! So we decided to have an outreach party at the church one Sunday afternoon, inviting children to come for games and then for kakigori.

Frankly, not very many came of the many we invited. Many were still traveling for summer vacation, or had an outing planned, as Sunday is the only day many dads are off work. But it was still a good “excuse” to keep in touch with many people, and we were thankful for the ones that did come! 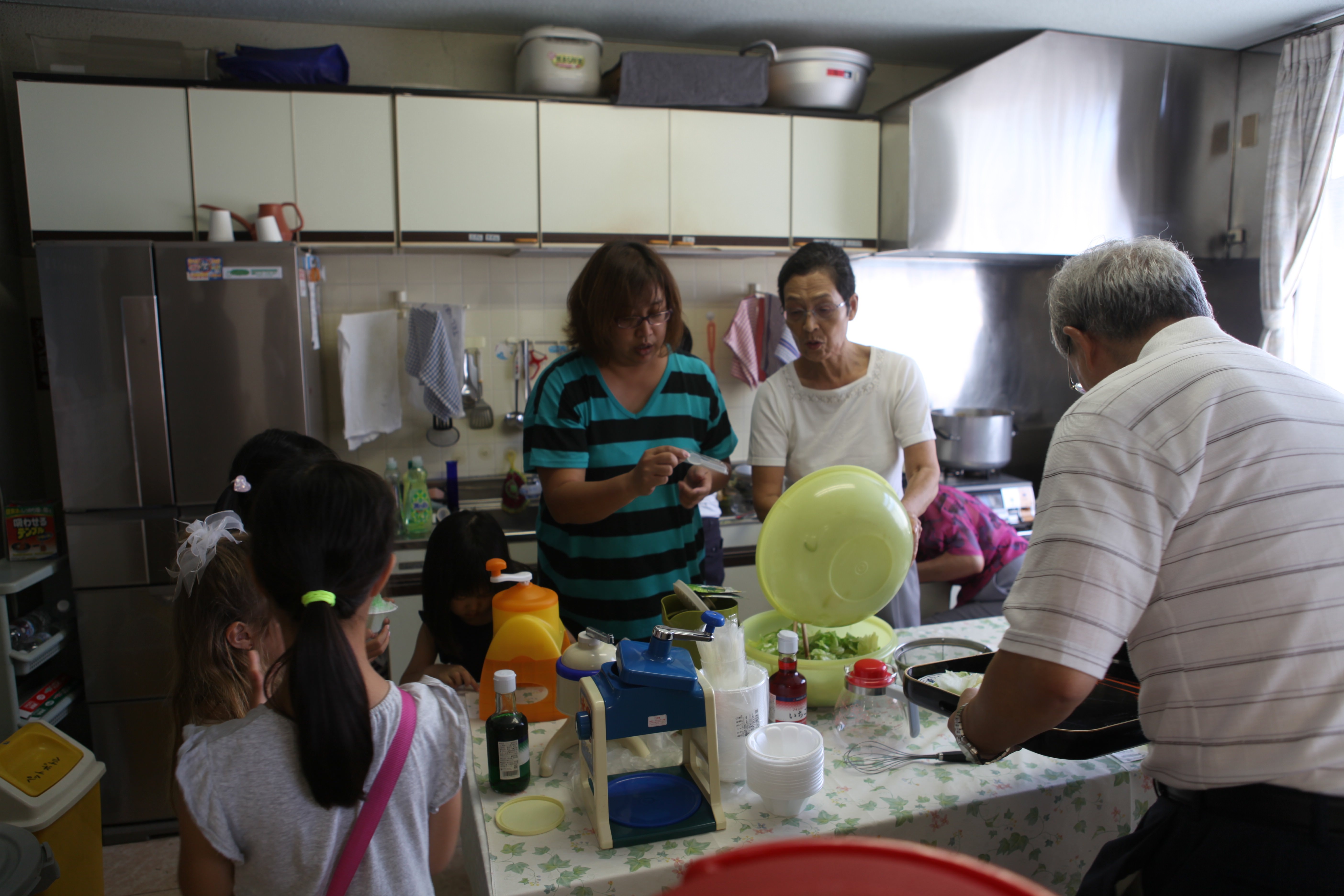 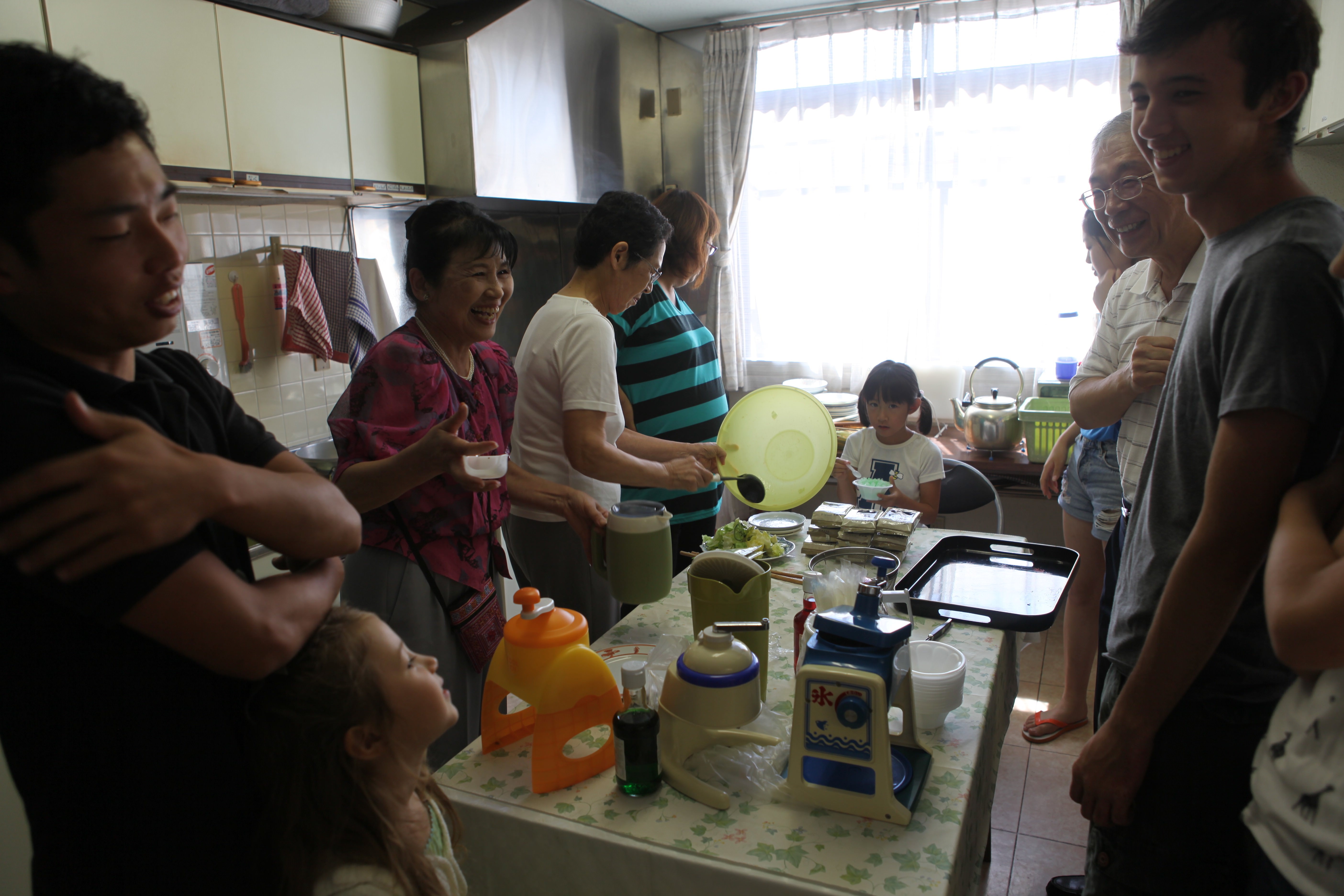 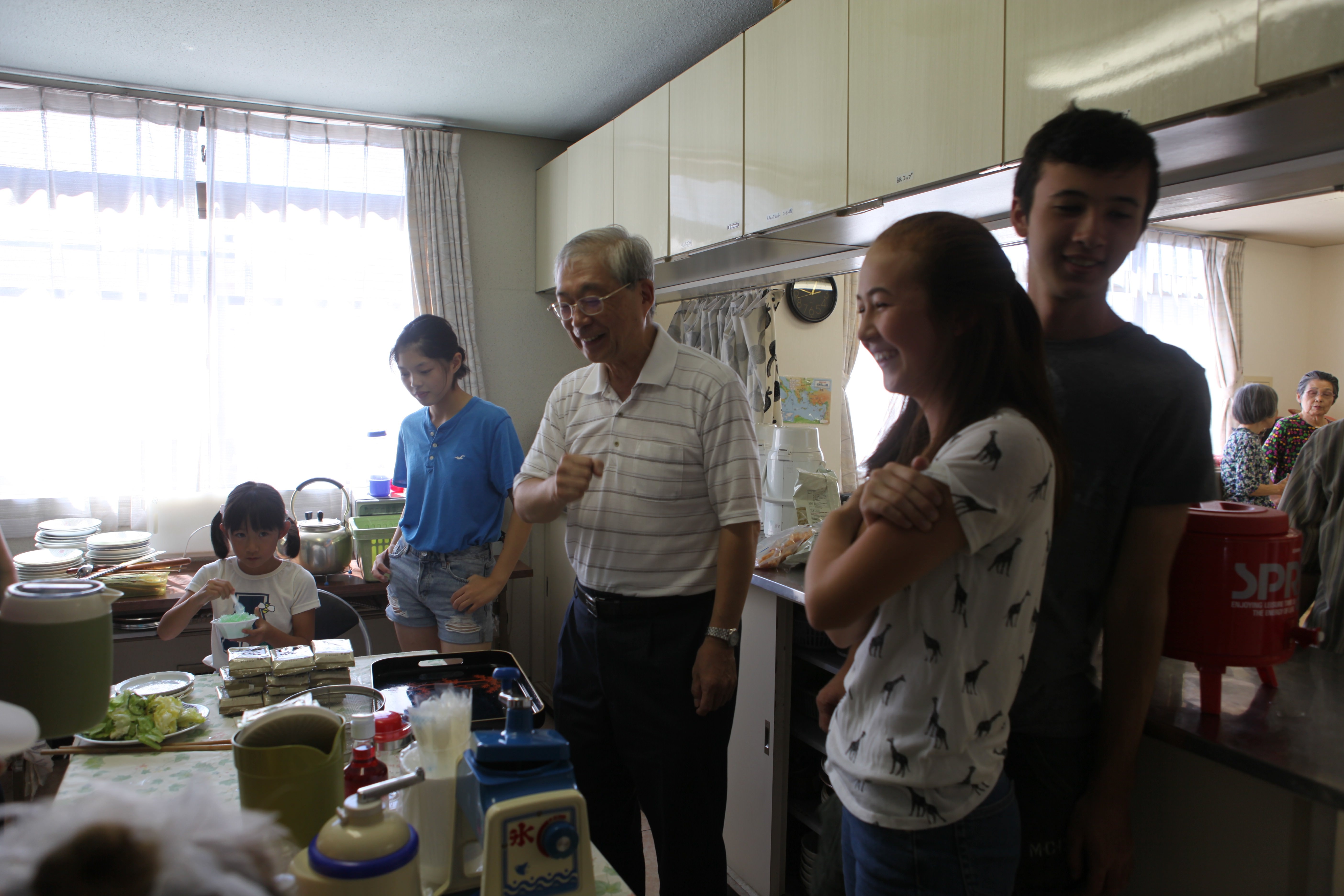 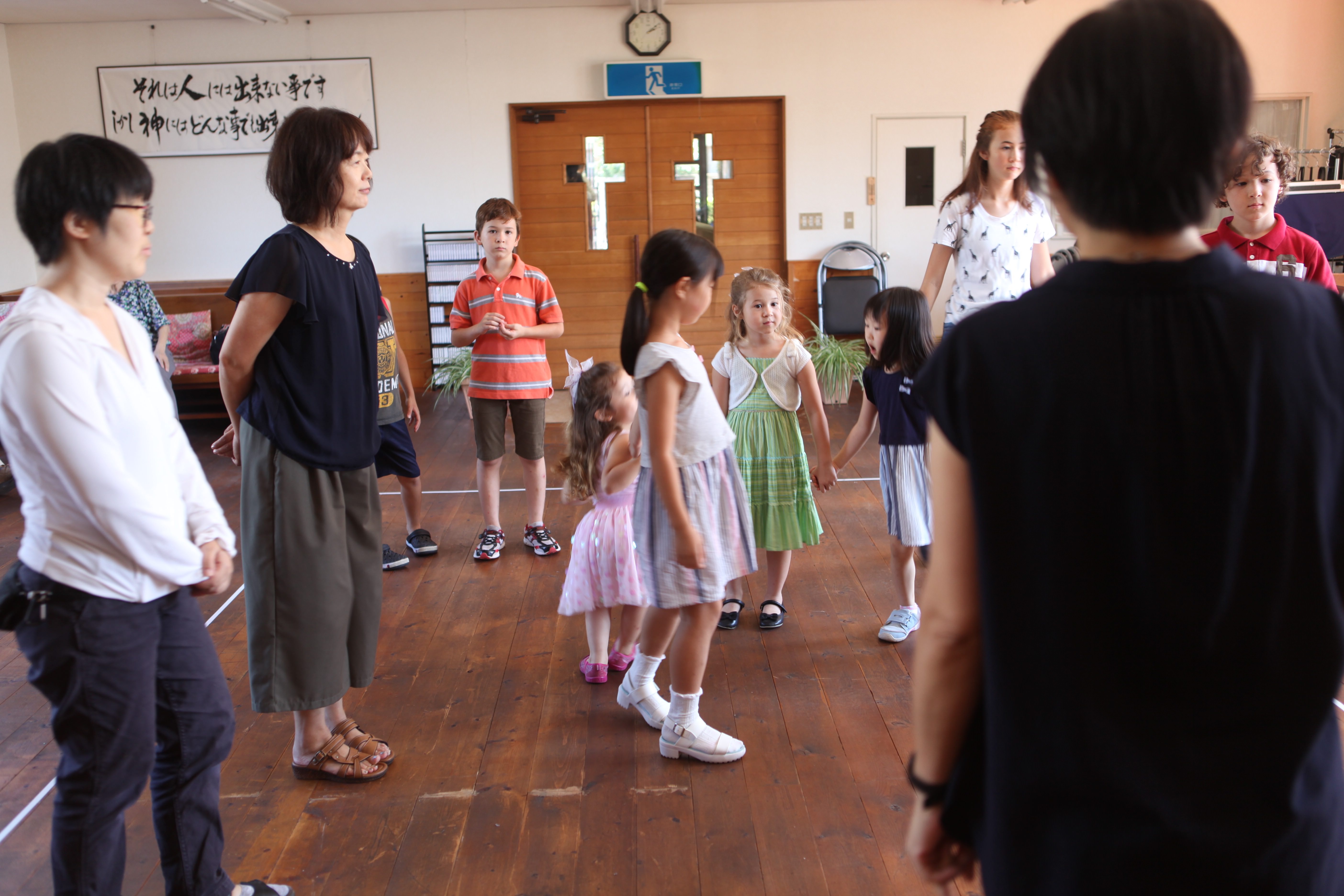 This is a fun game – a variation of rock, paper, scissors. You play in teams of two, and each pair must stand on top of a piece of newspaper. One of the two does rock, paper, scissor with the leader in the front, and each time you lose, you must fold your newspaper one more time, while keeping both team members on top of the newspaper, any way possible! Once it becomes impossible for both to remain on top of the newspaper, they must sit out, until there is only one team left standing. It can really be a riot! 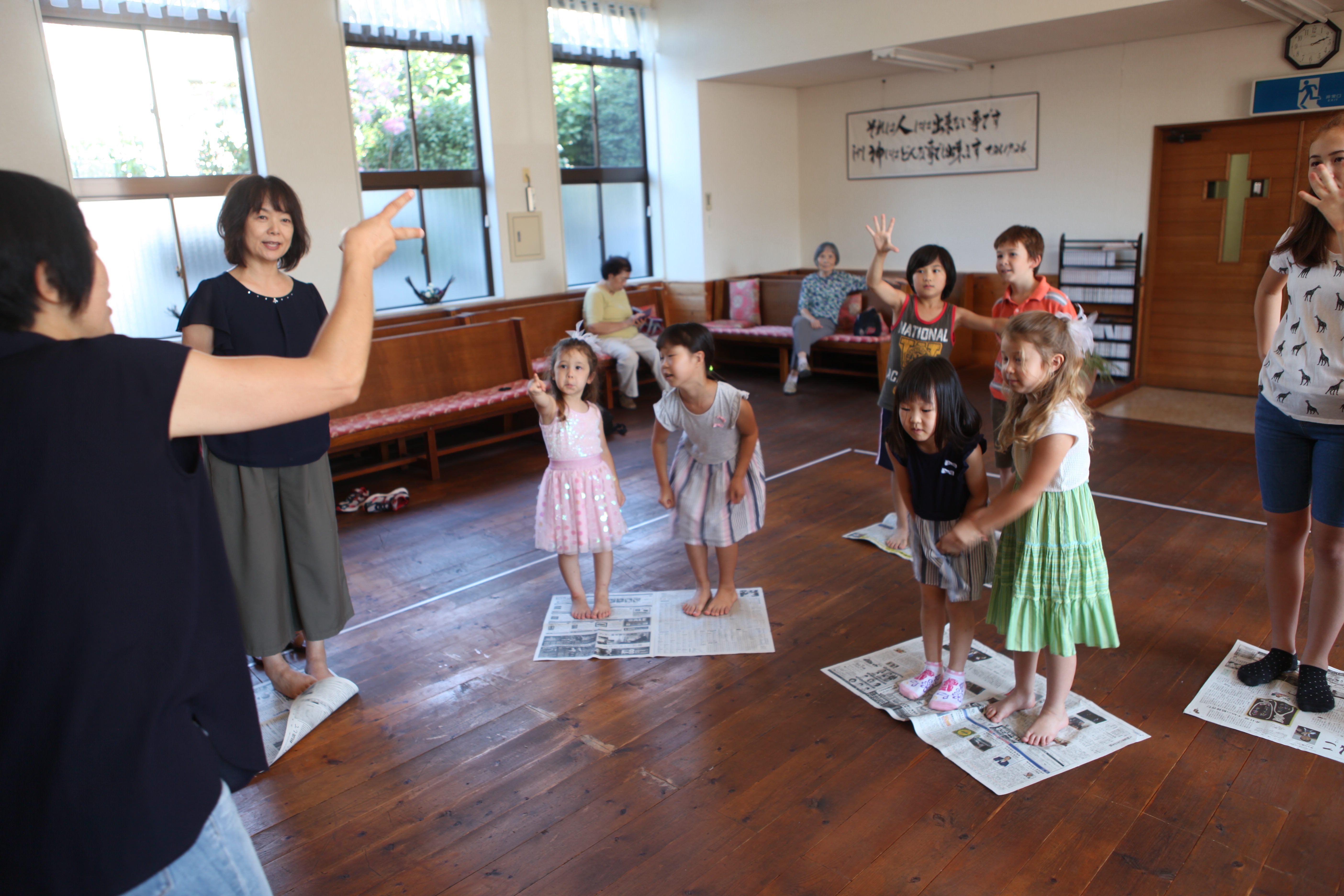 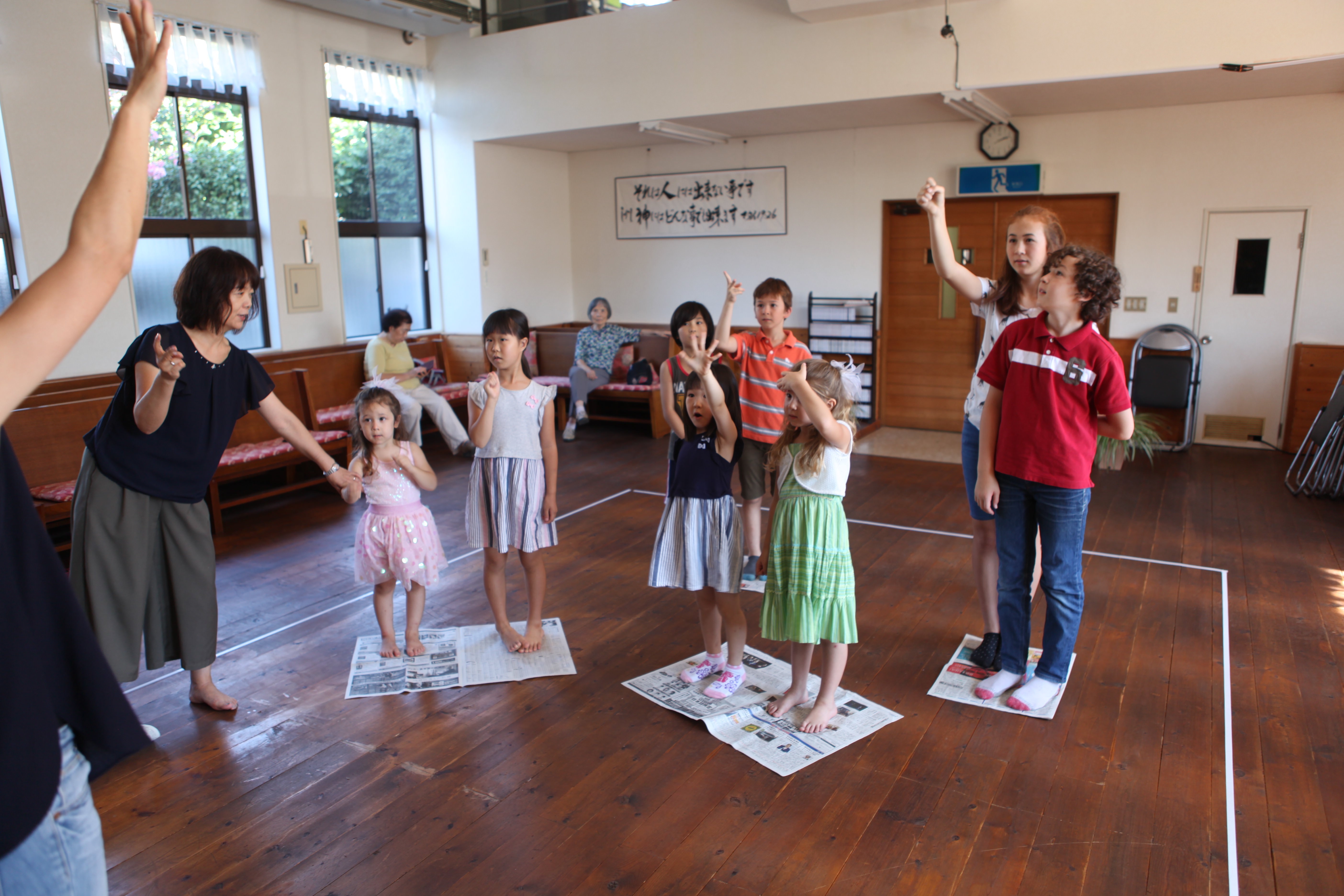 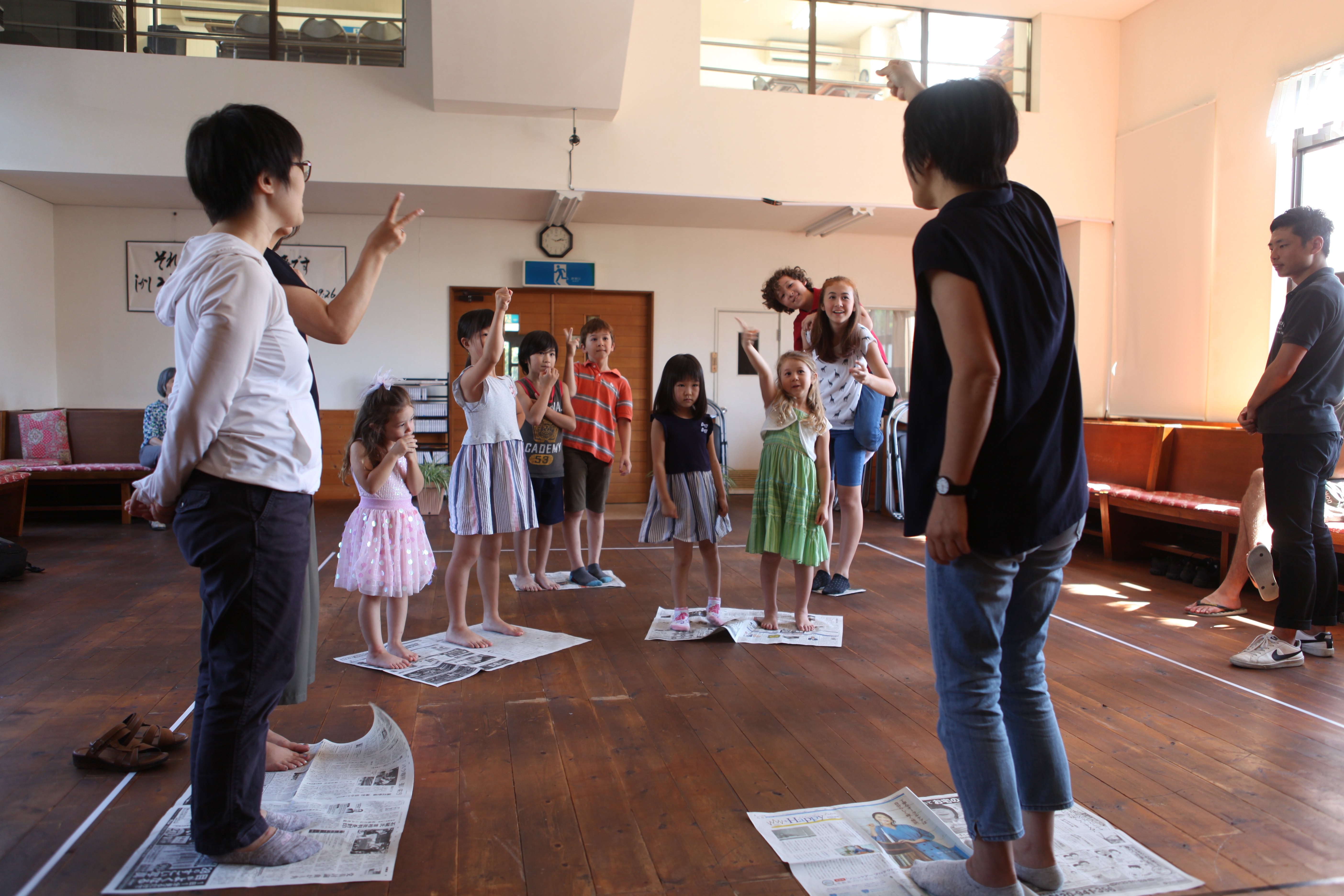 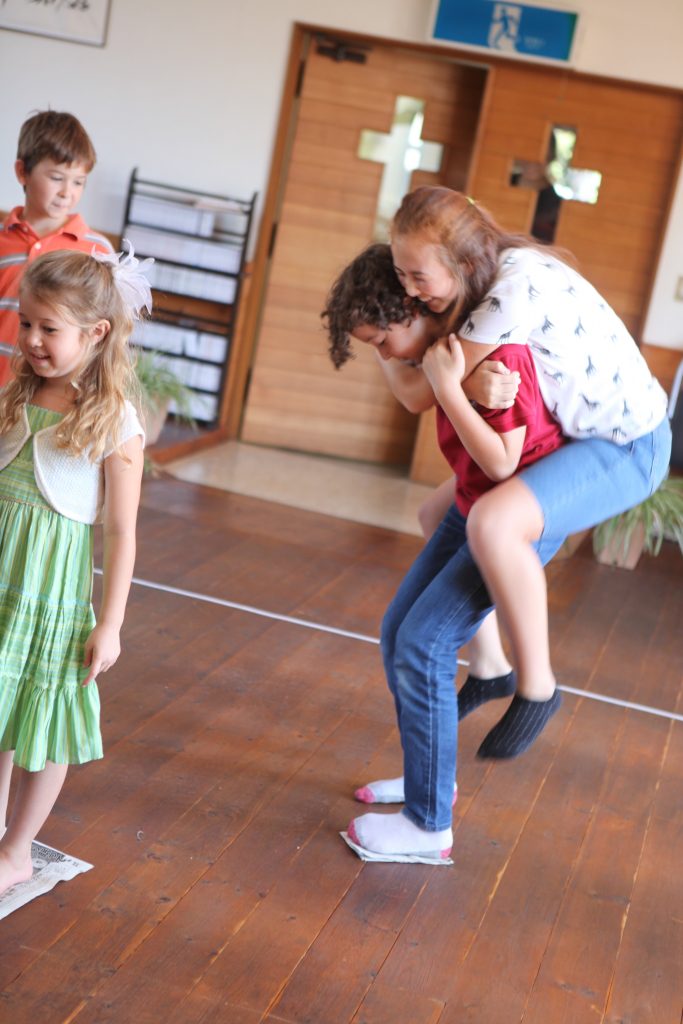 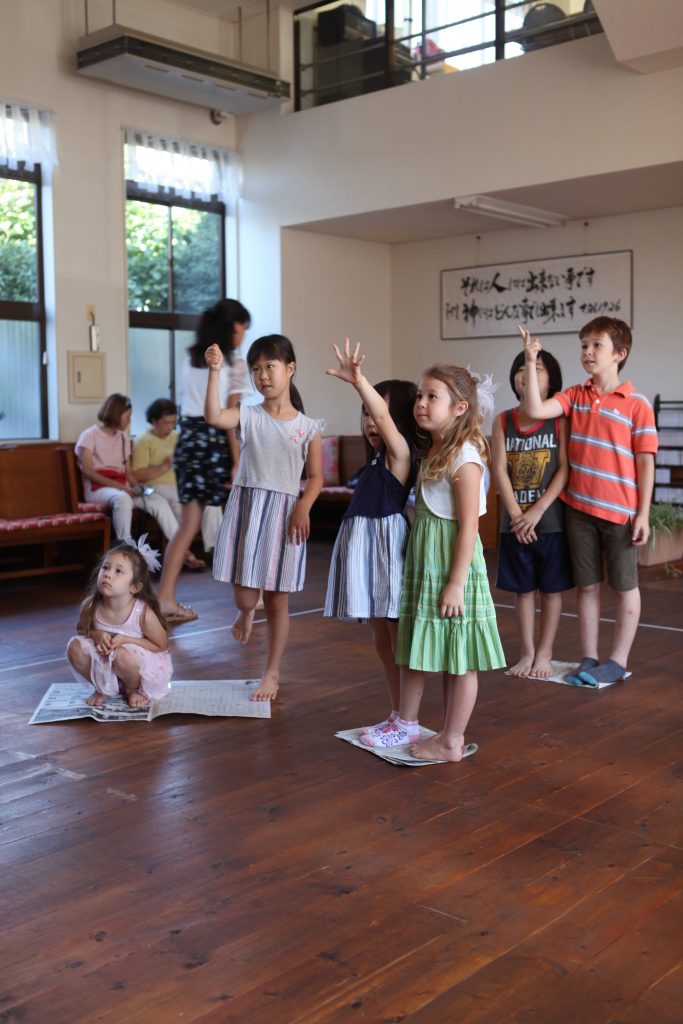 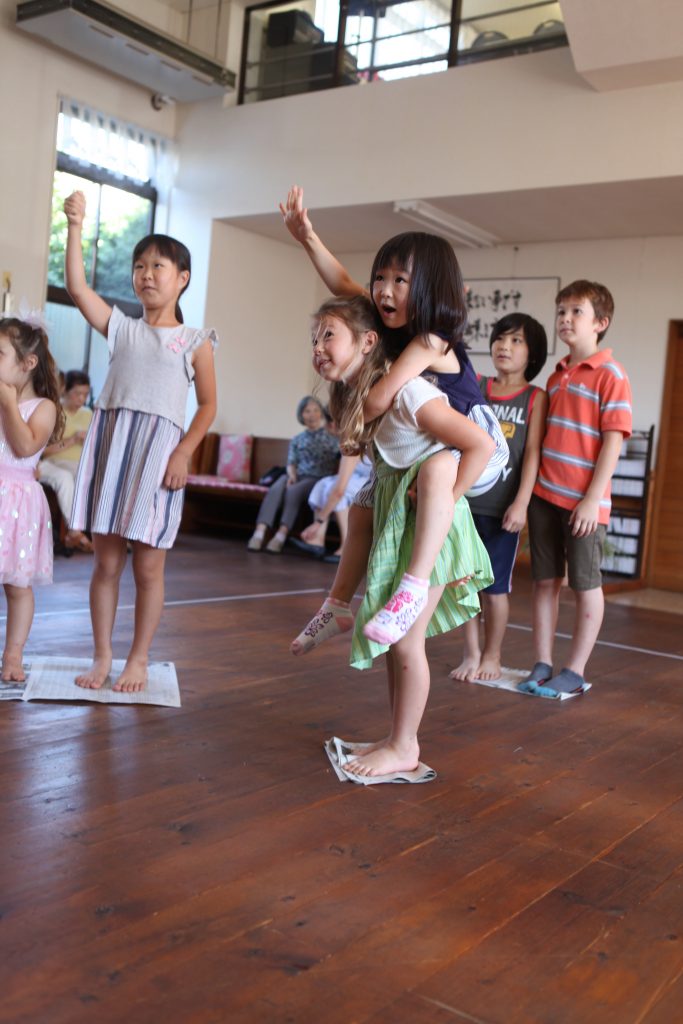 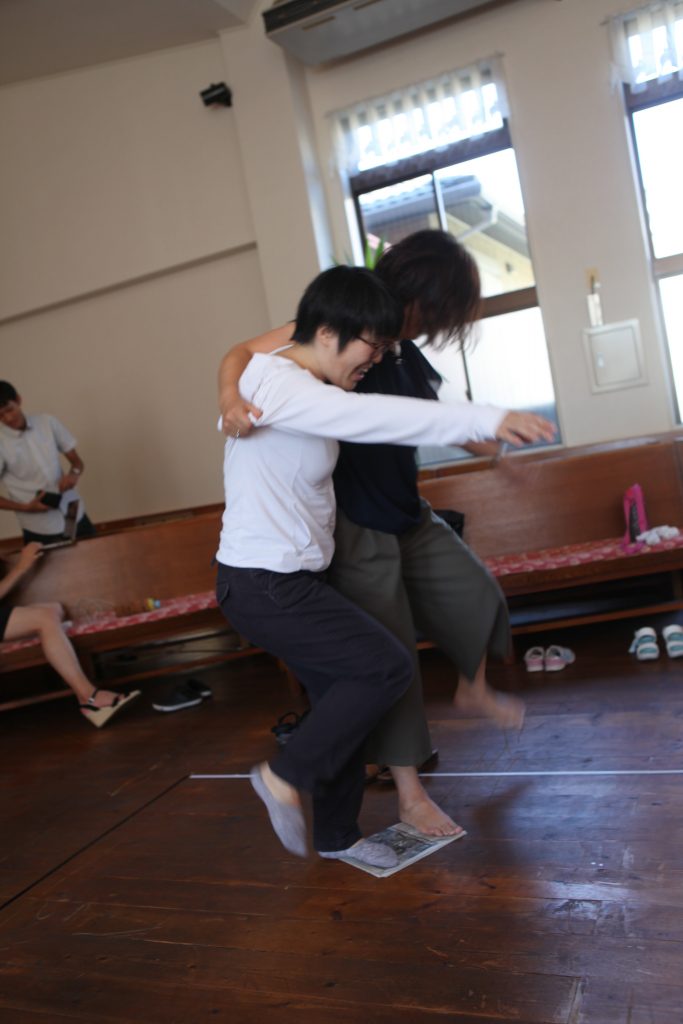 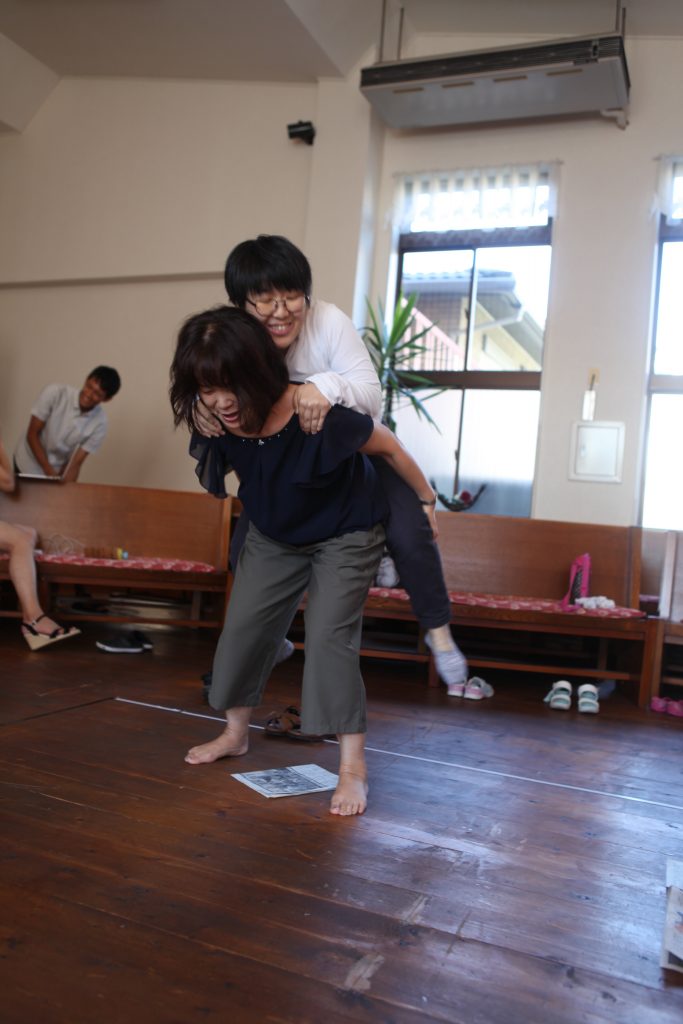 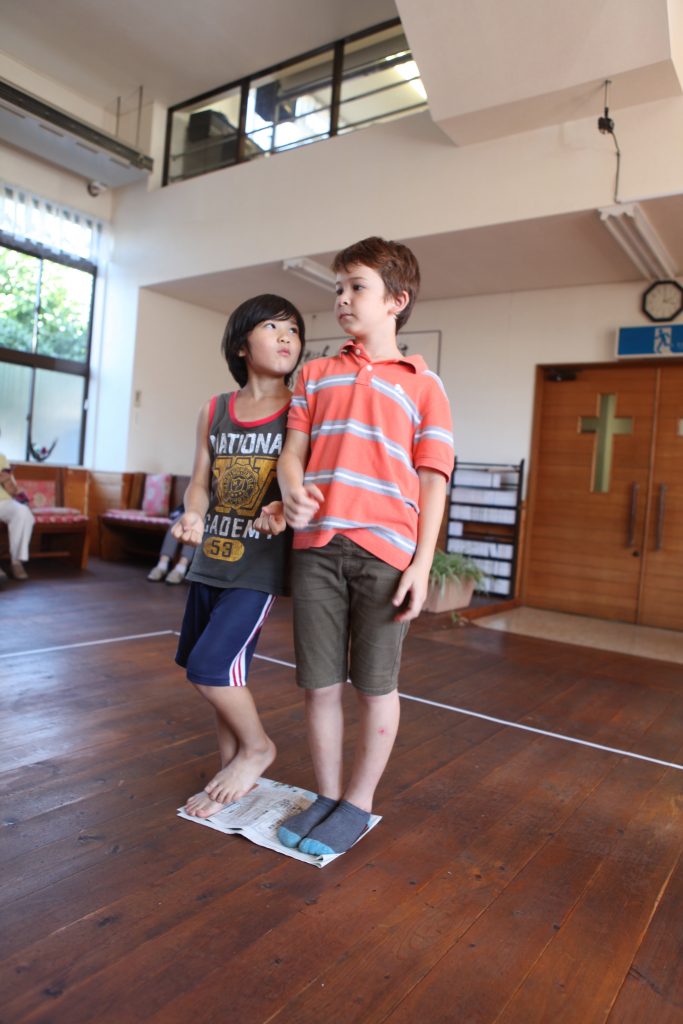 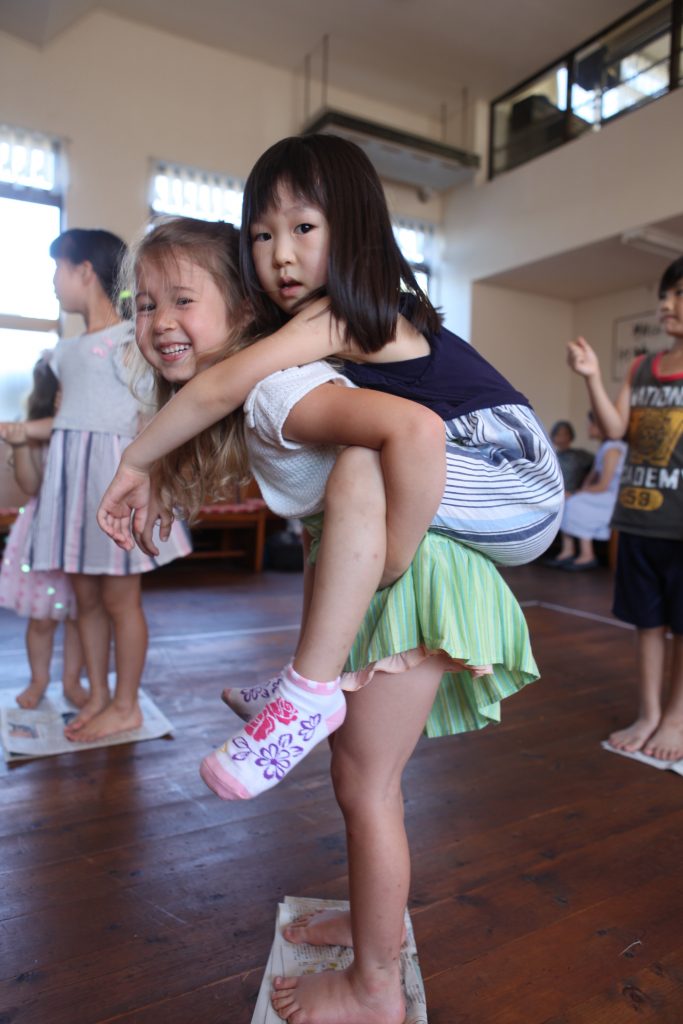 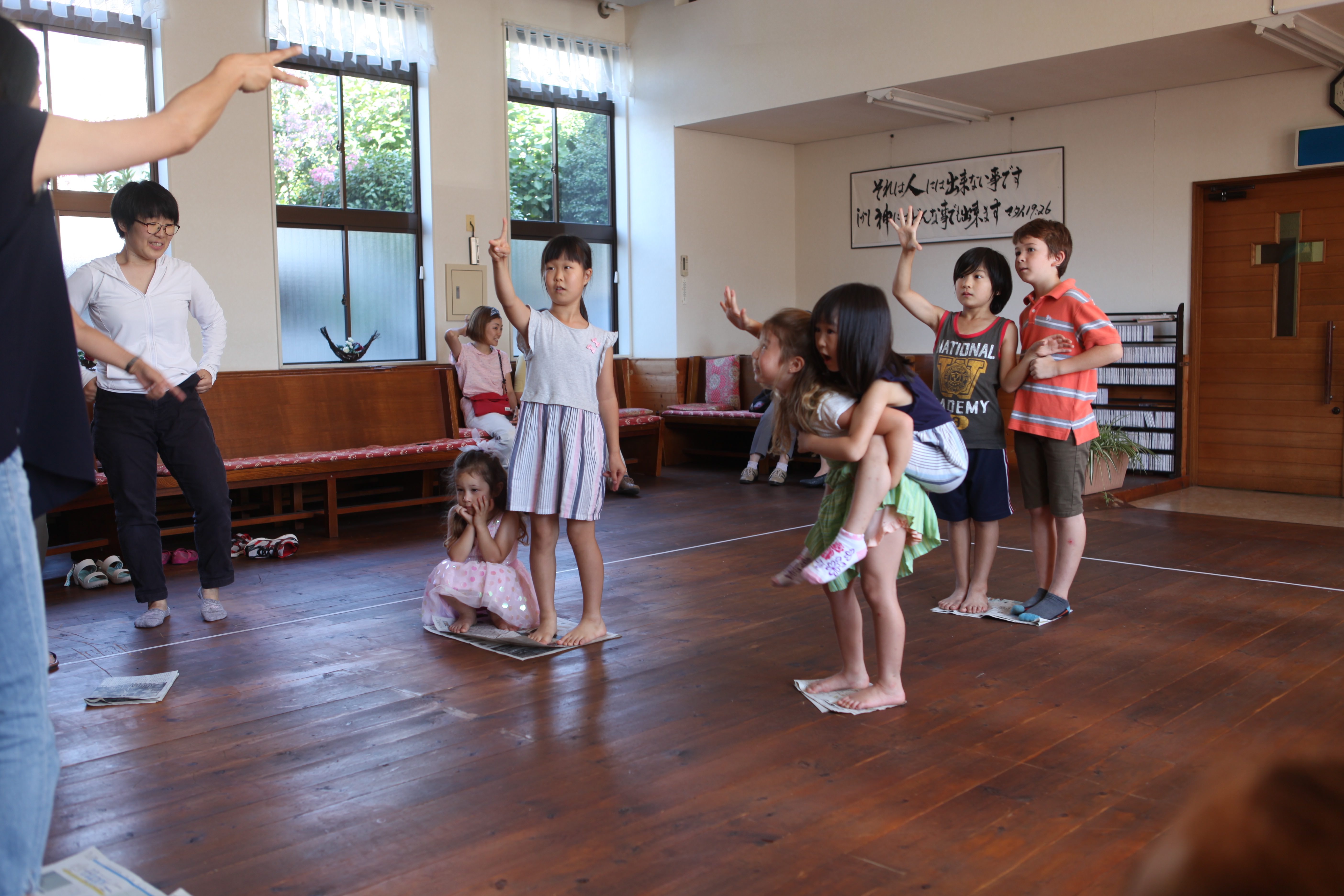 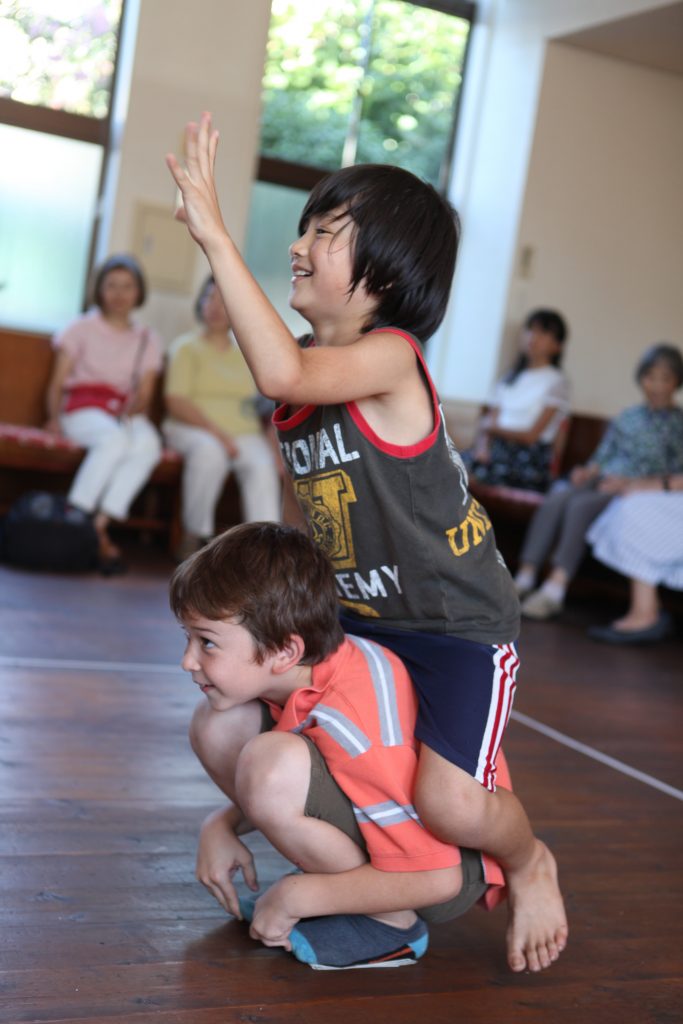 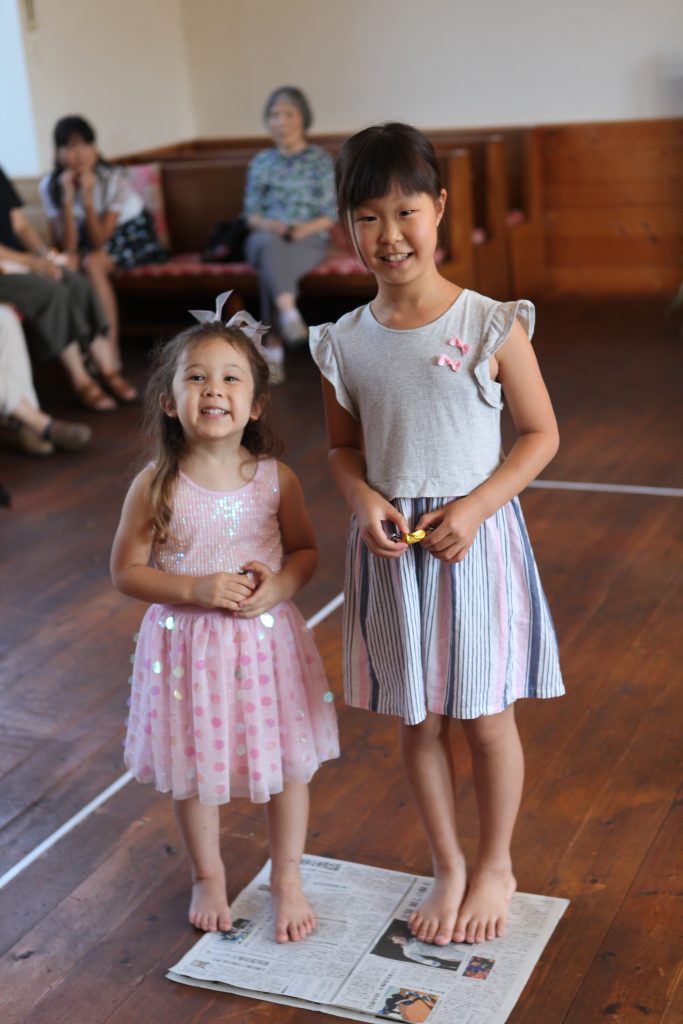 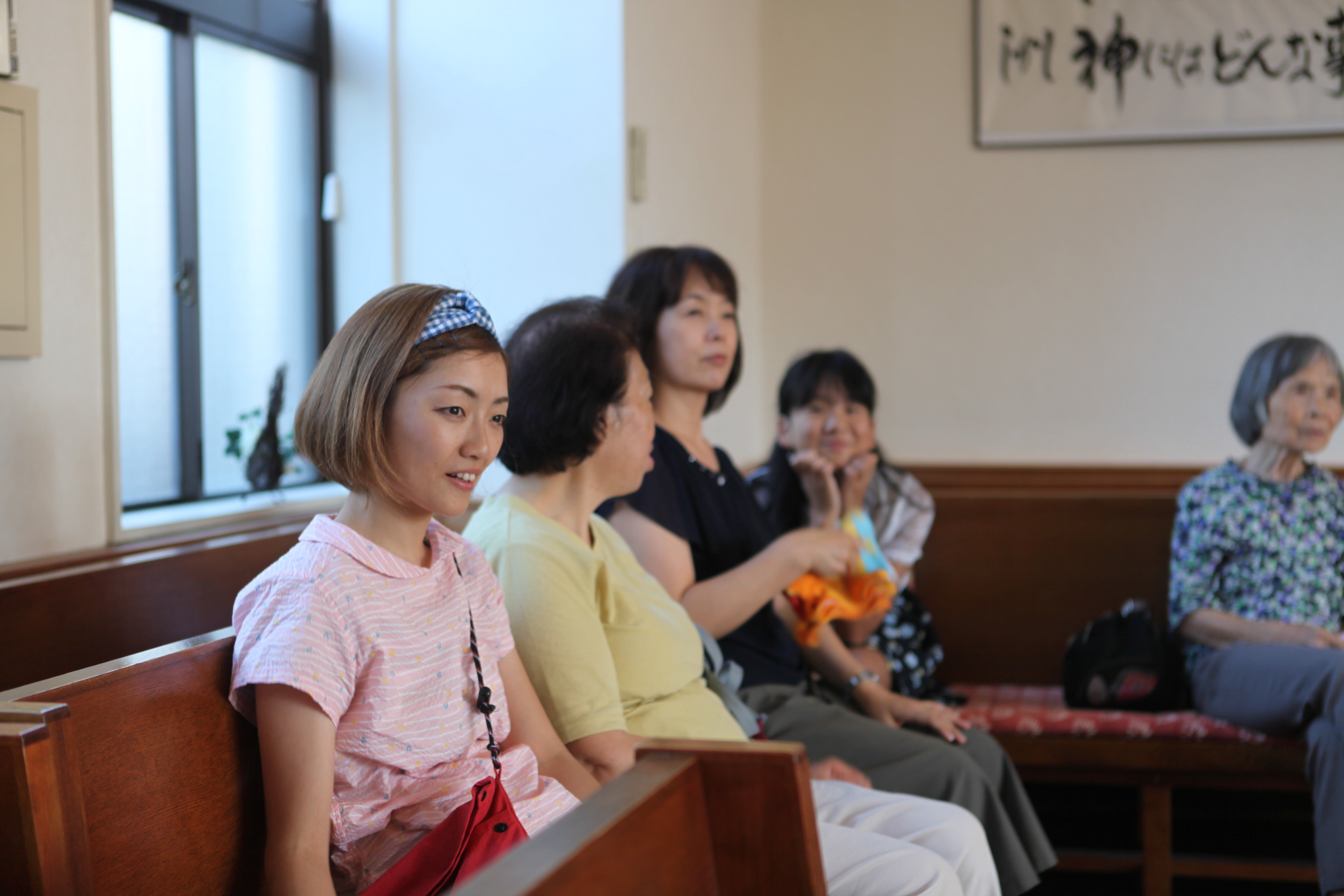 This game is to jump the string, which is going either over or under very quickly, without it touching you. You are out if the string touches you! 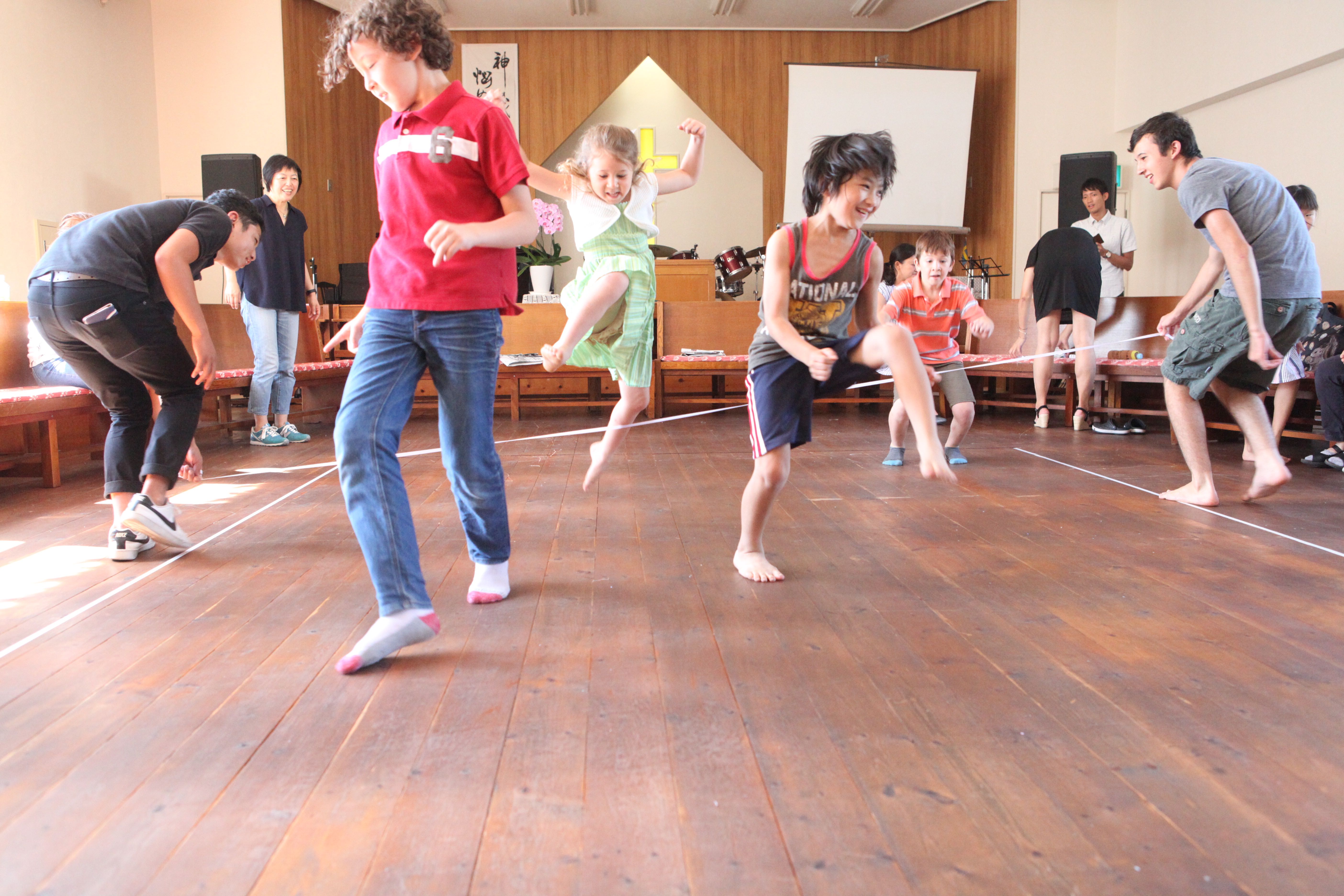 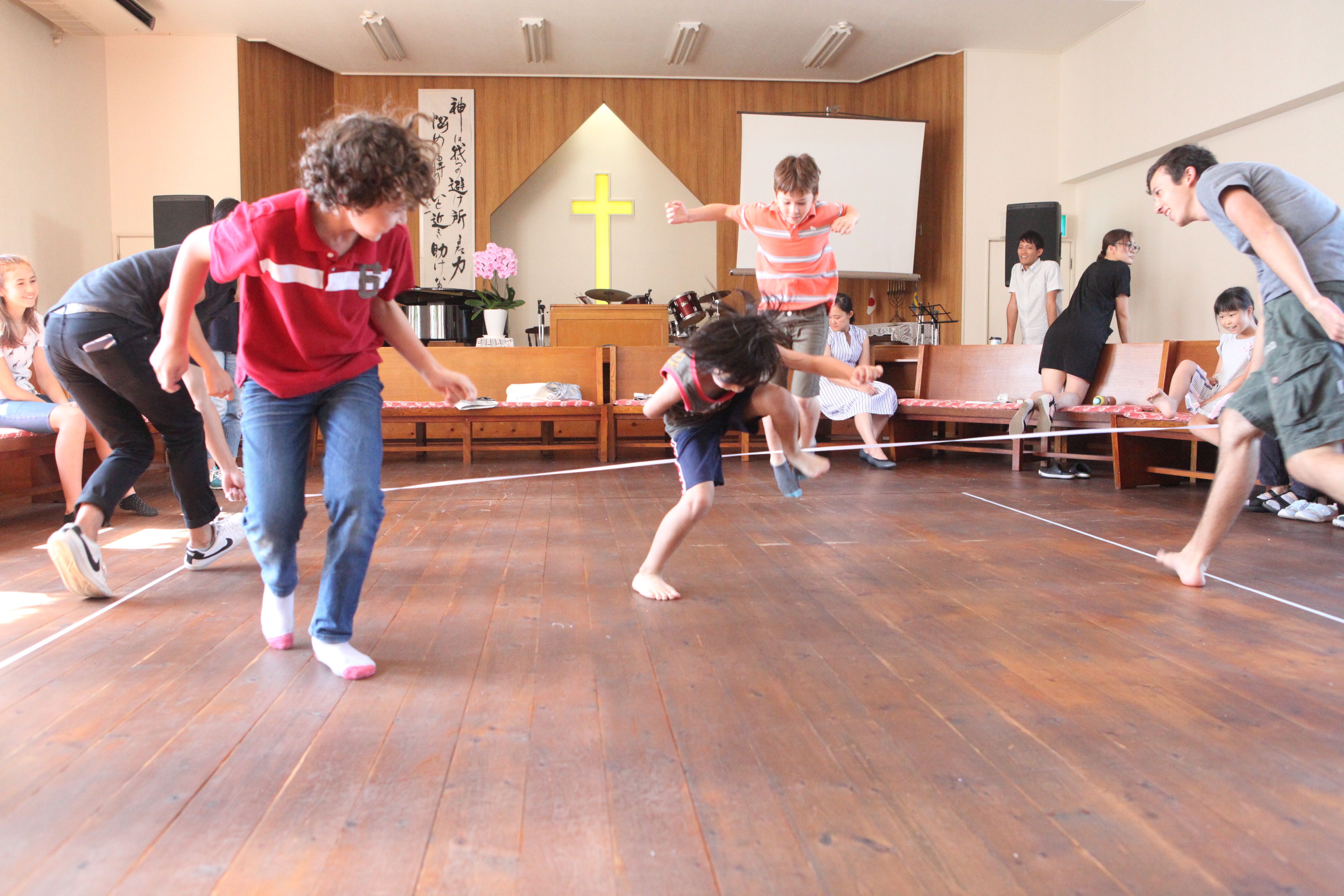 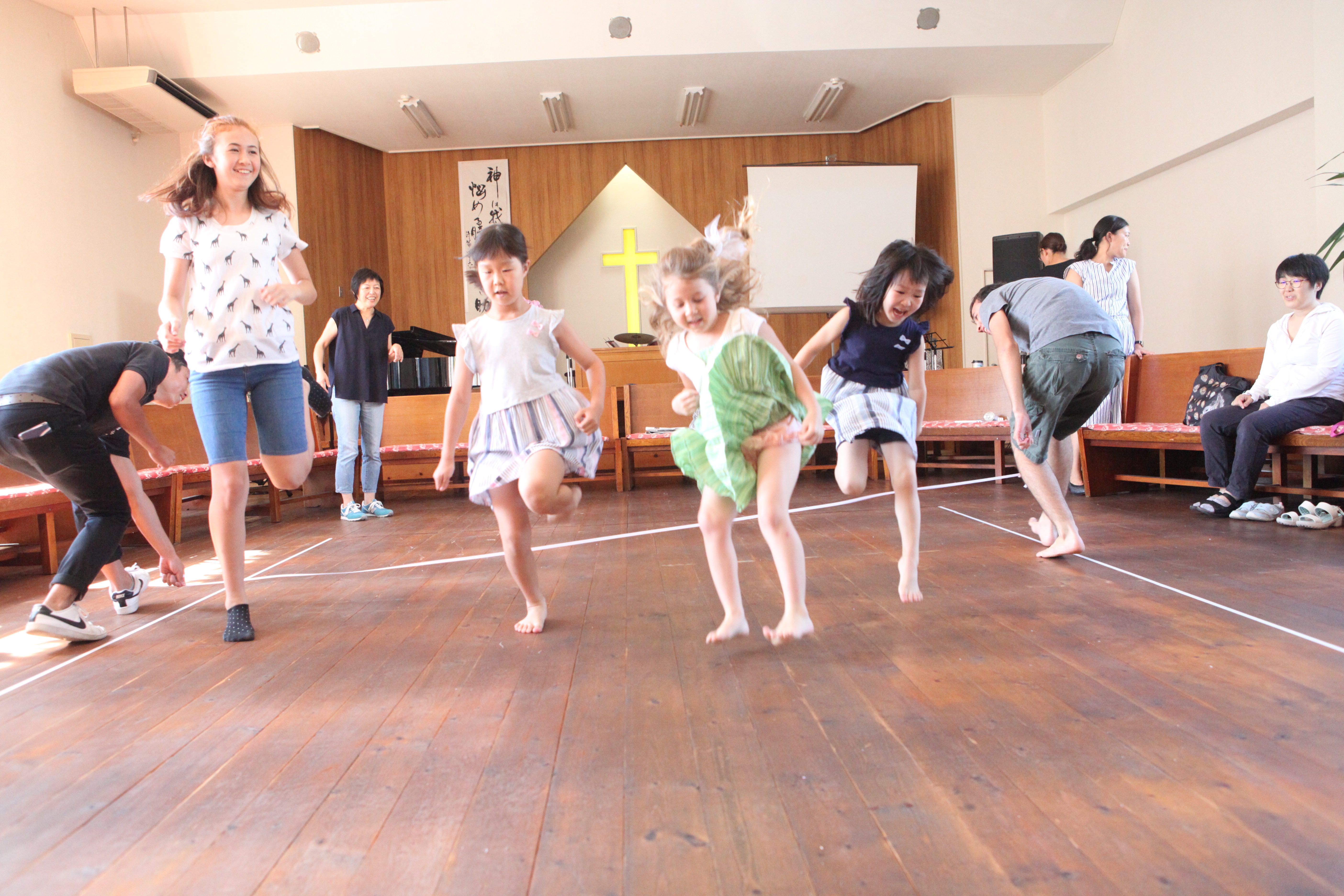 And now for the kakigori!! 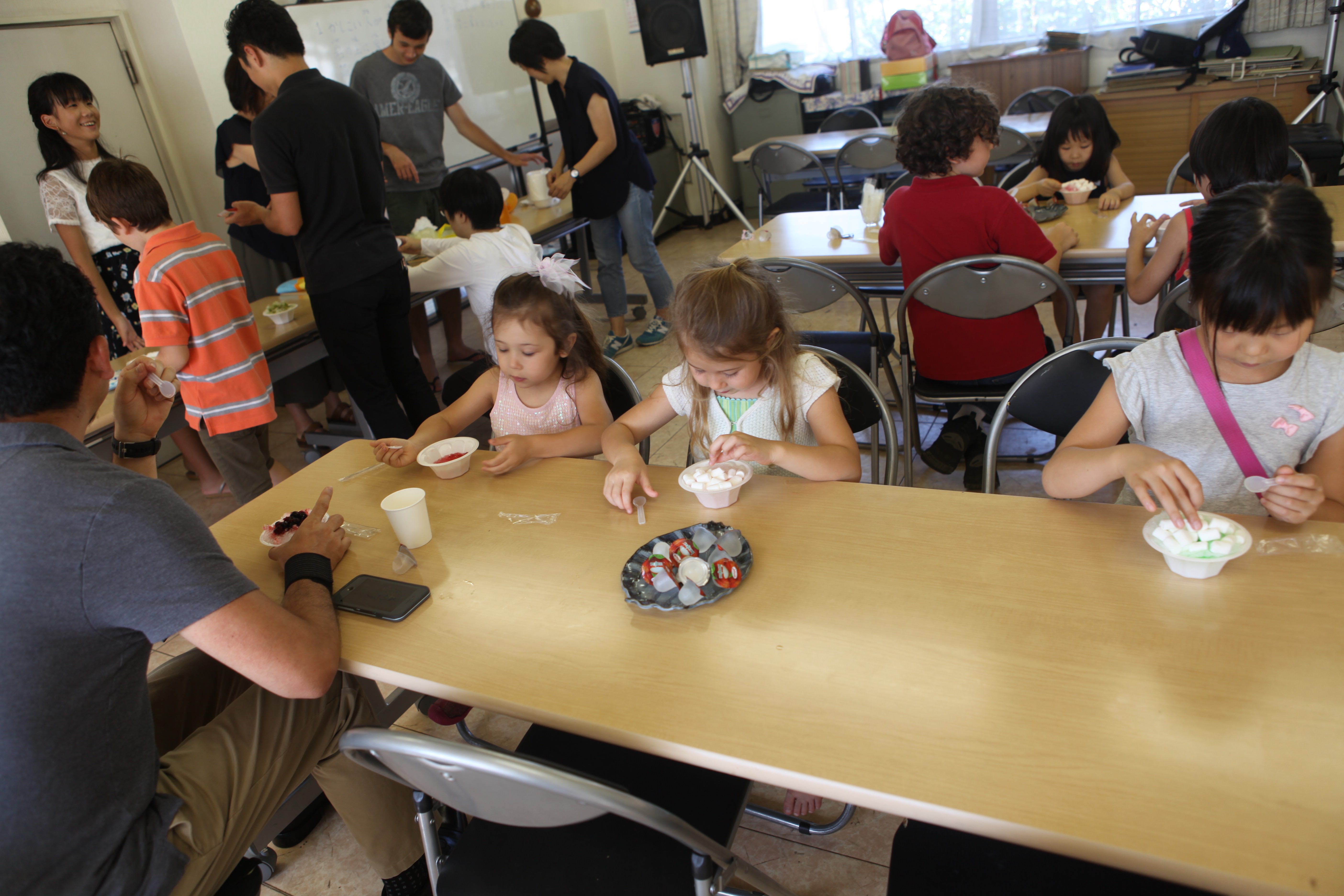 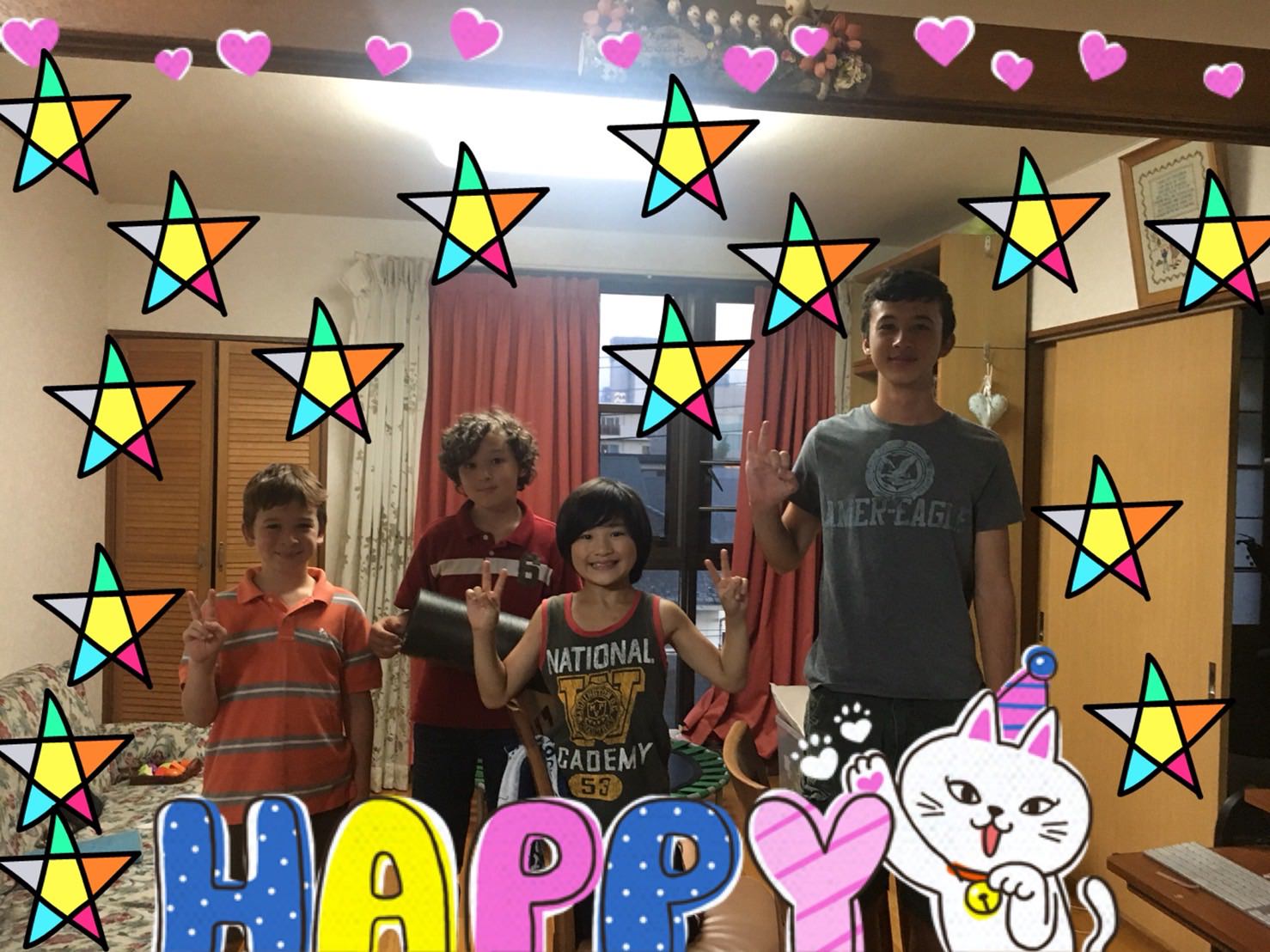