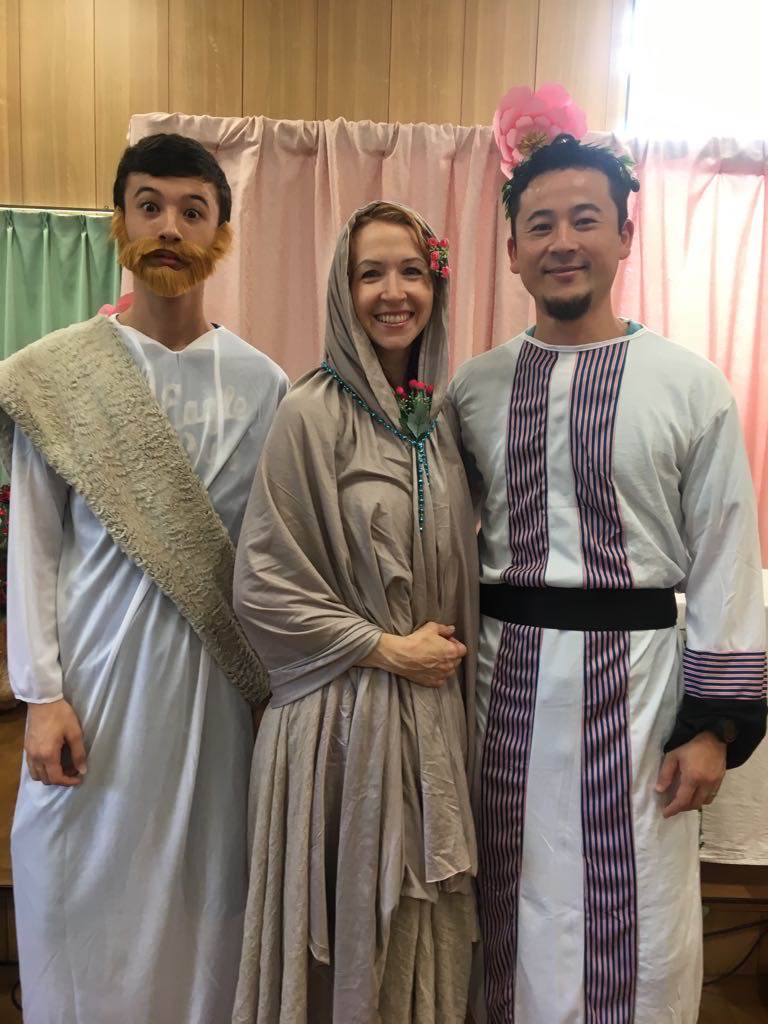 The church we are living in now, in Machida, Tokyo, is a part of a fellowship of churches that were originally founded by Finnish and Swedish missionaries. They are all autonomous; it is not a denomination. And nearly all are now pastored by native Japanese. But the fellowship among the churches remains. Which is beautiful!

Each year, they have a three day Bible camp for grade school kids. We went this year with our whole family, Joshua, Dominique, Fabio and I being staff, and the other children participating. The theme was “Time Travel” and during four sessions, the children had to go through the special tunnel to enter a different era of the Bible. It was so much fun! And it was so good for us to make better connections and build relationships with some of the other pastors and leaders of this fellowship.

We got to get married … again! This was the wedding at Canaan, where Jesus performed his first miracle. 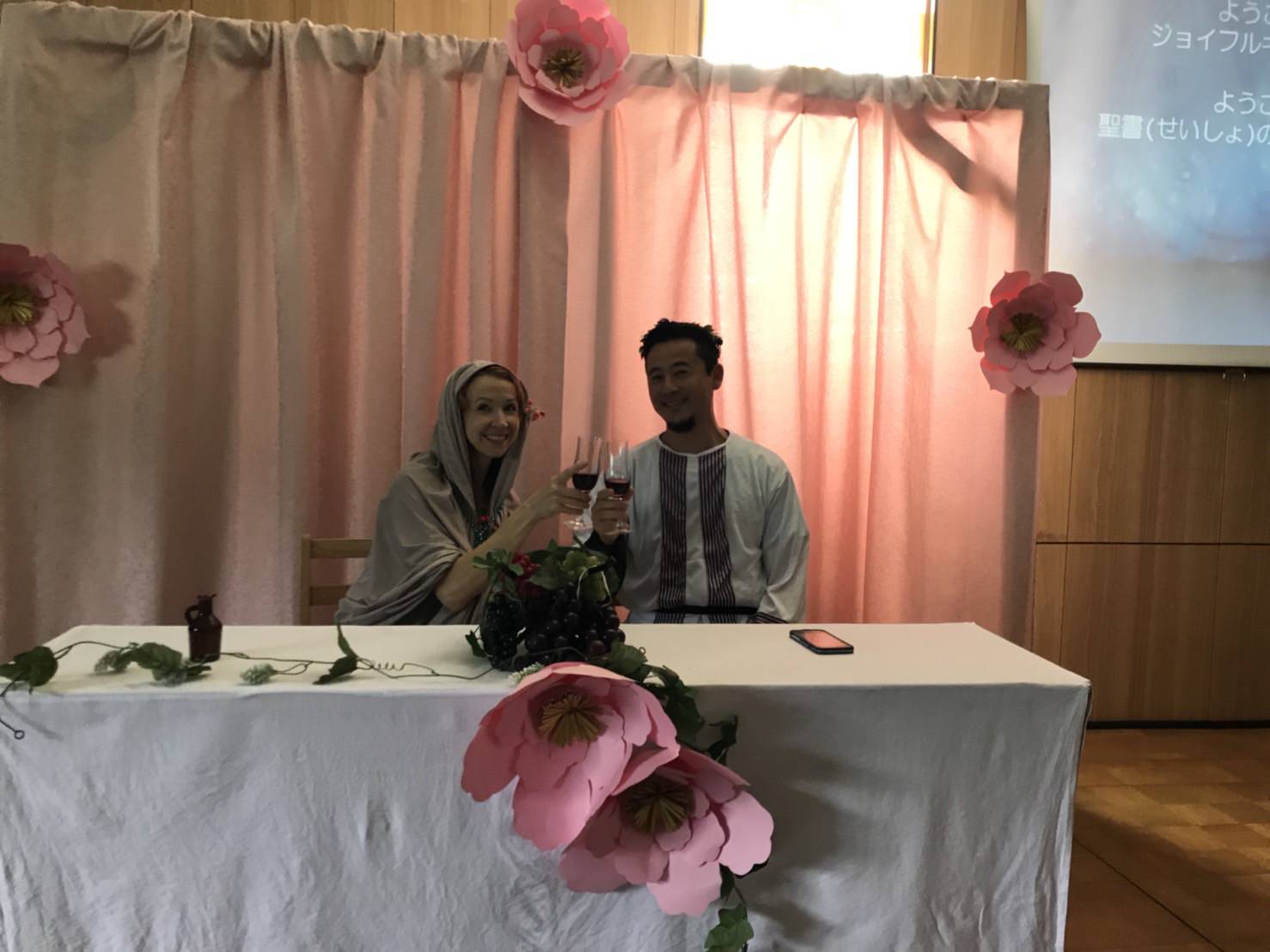 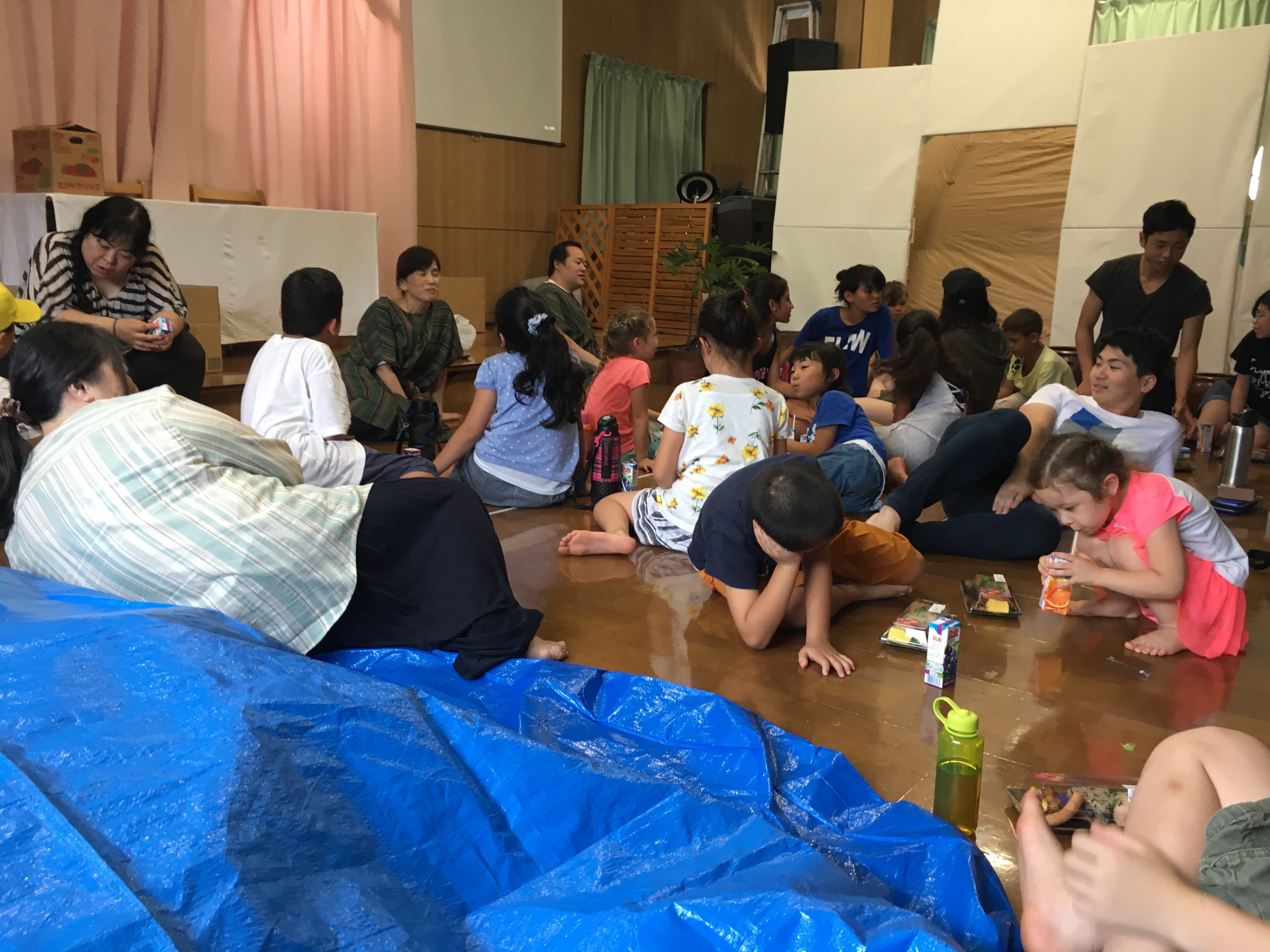 You can see the “Time Travel Tunnel” behind the kids here… 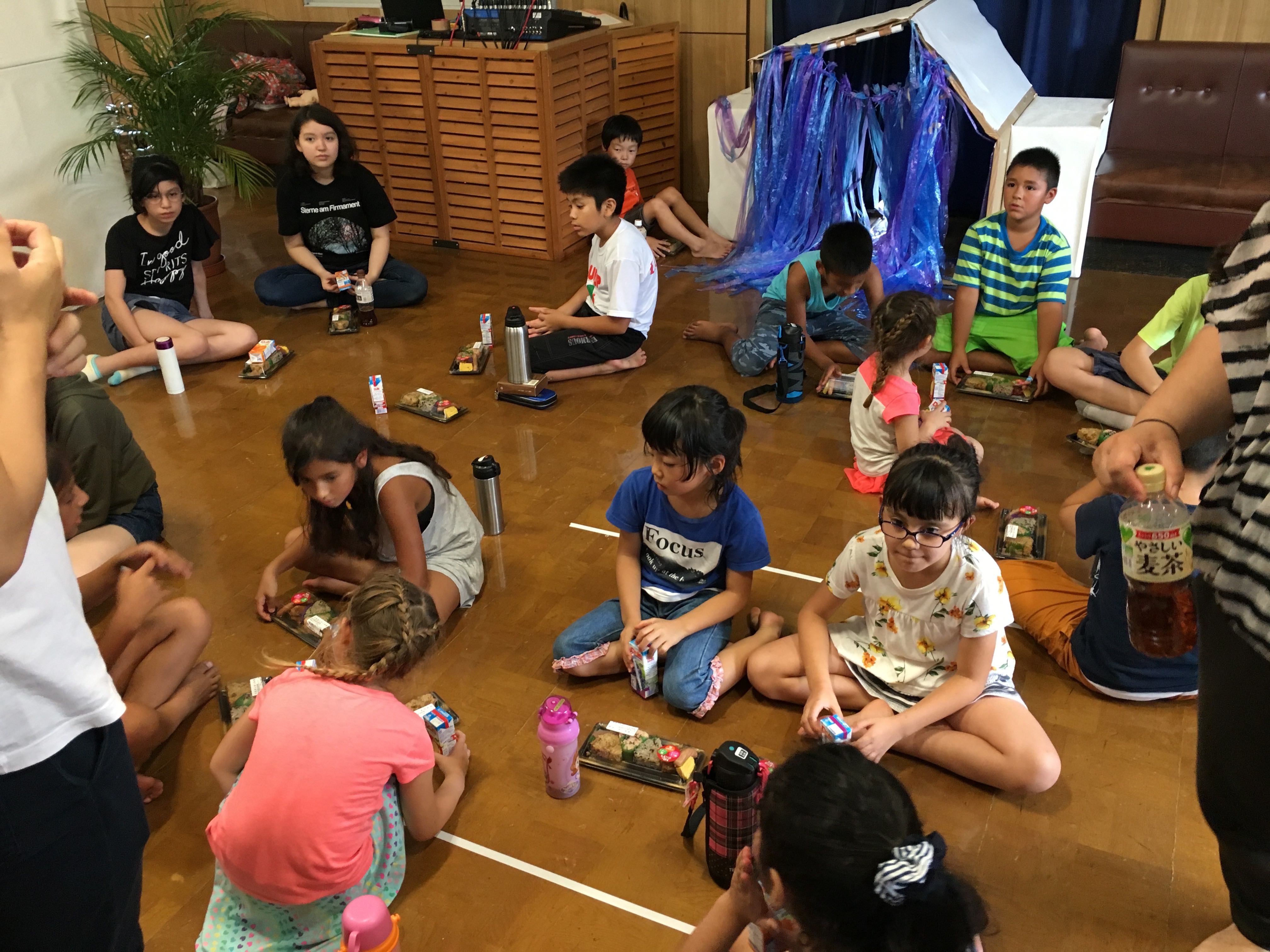 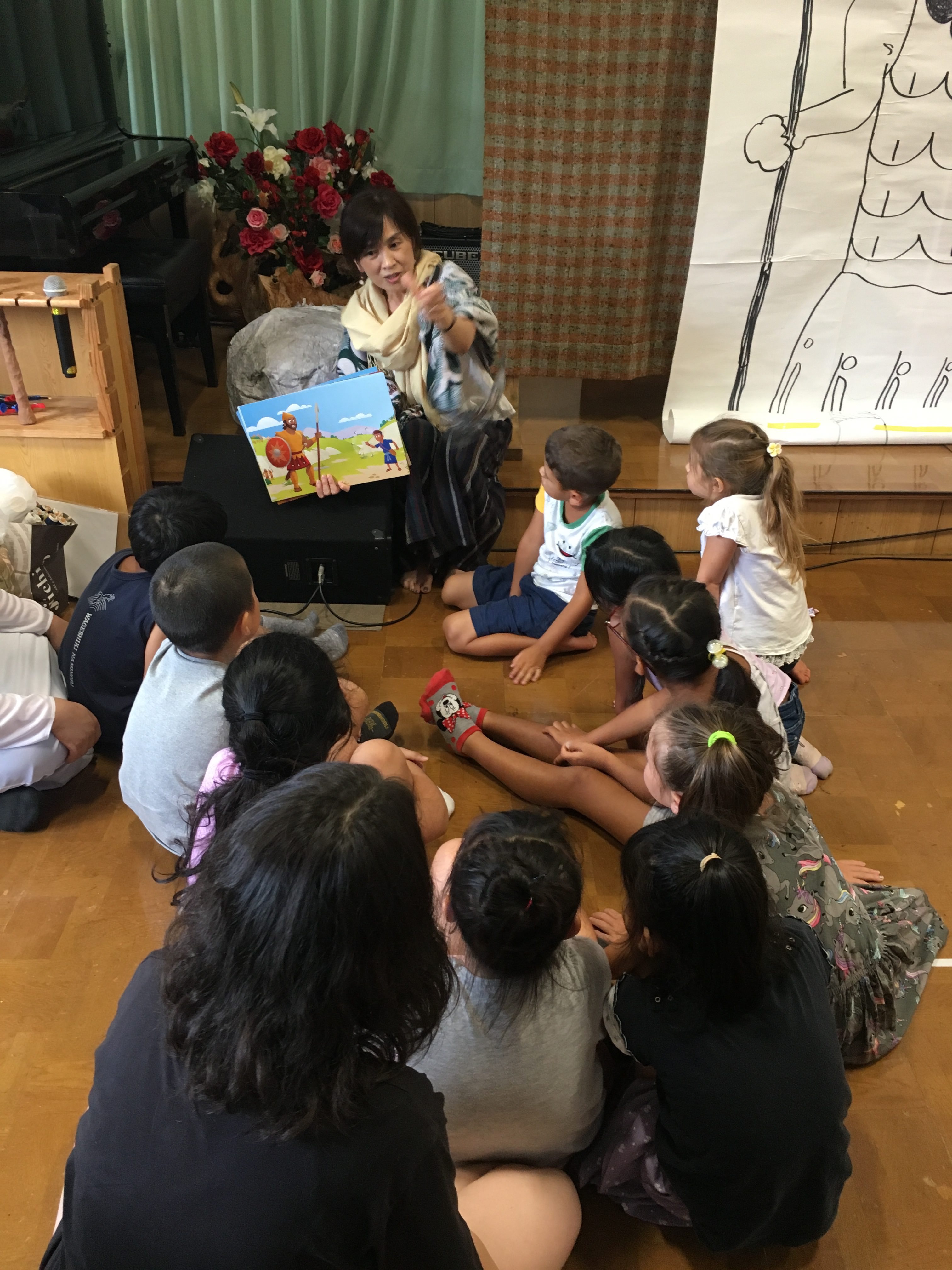 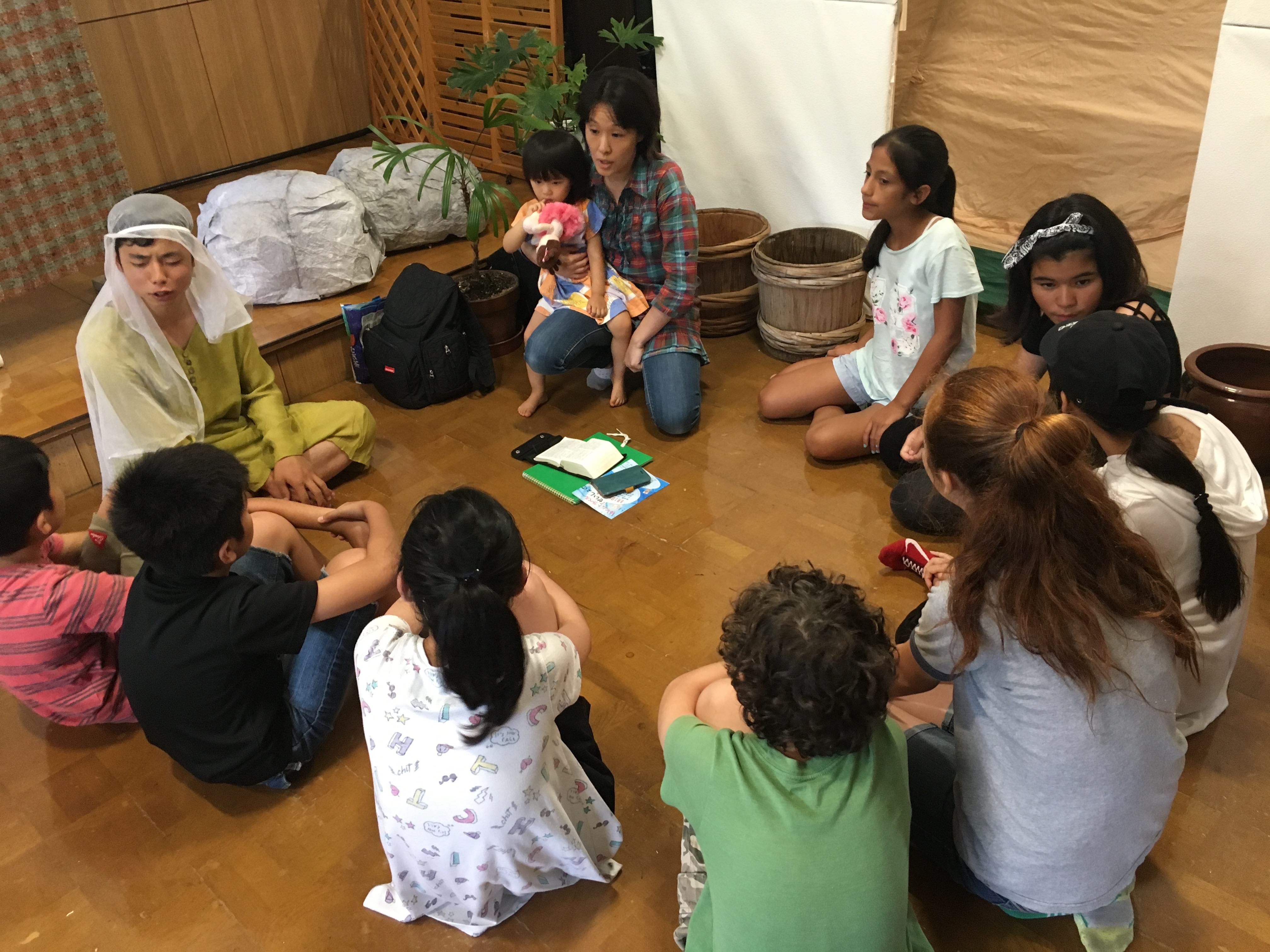 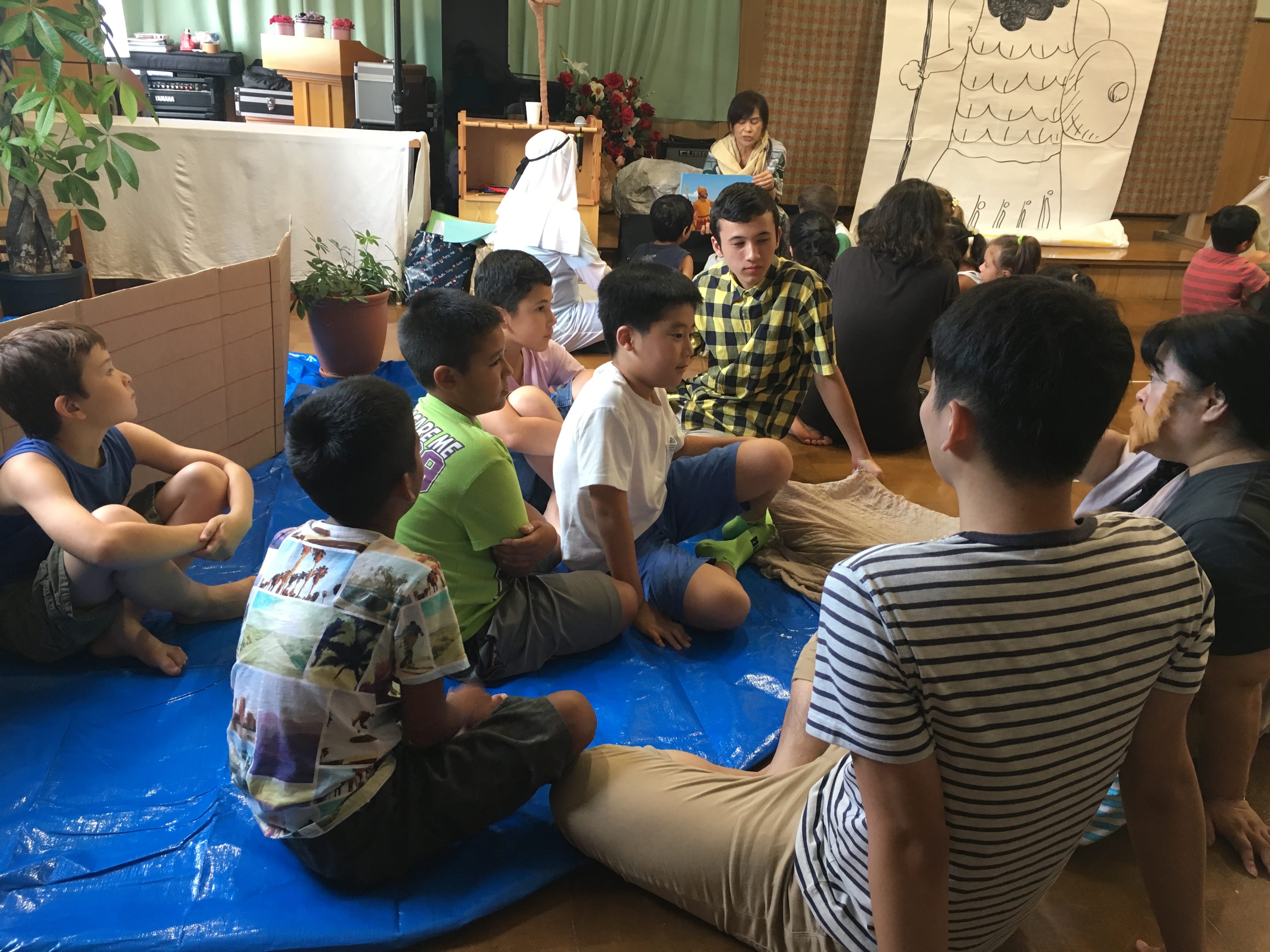 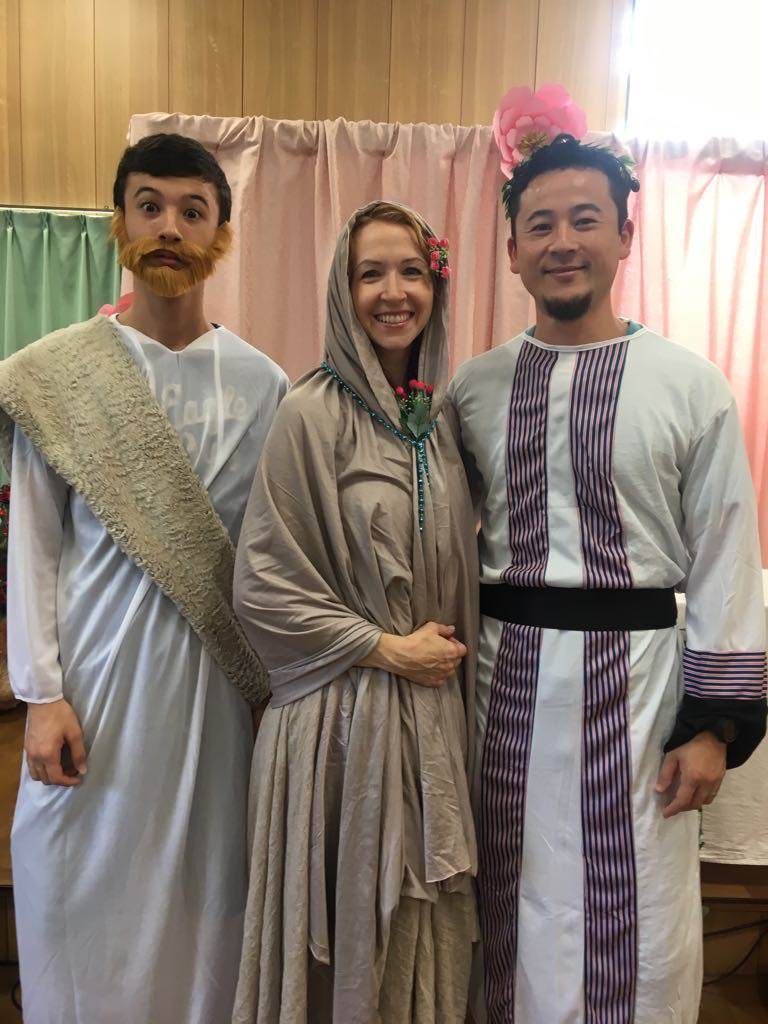 The tunnel was collapsing by the last day. Oops. 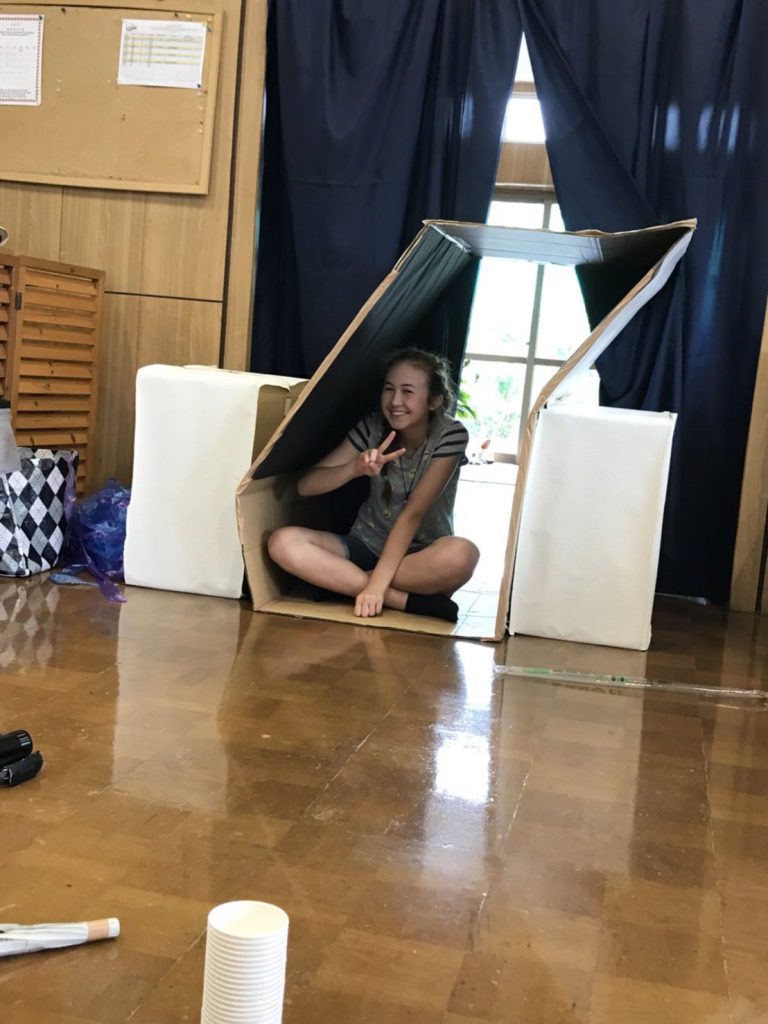 The place we all stayed was situated in a beautiful forest, so one afternoon when there was some free time, I saw a sign for a walking trail and decided it would be nice to take a group of kids for a walk. However, it turned out to be not such a nice experience. This picture is when we were just entering the forest… Everyone looks happy, right? 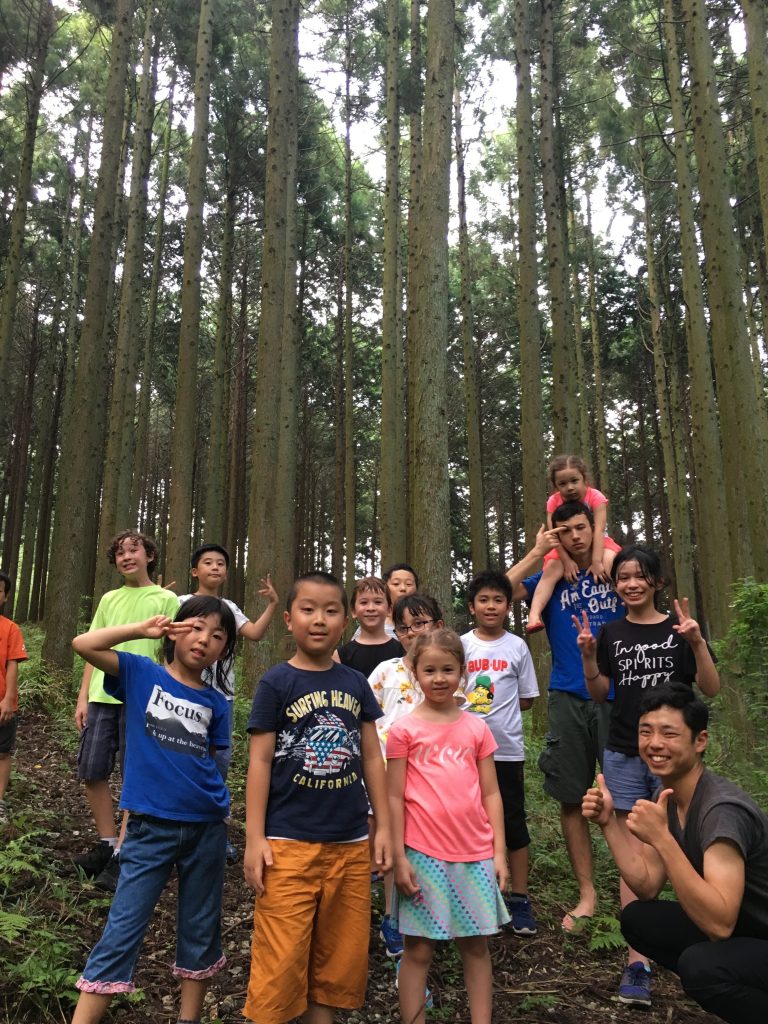 The next two pictures are on the way up the mountain. I took these pictures BEFORE the big freak out.  Afterwards, I didn’t have time to take pictures, although it would have been, um, interesting!

So, what happened? Well, shortly after these shots, some of the kids started to find leeches on their feet and legs. Yes, leeches! I had never heard of it before, but apparently in Japan they have leeches that just hang out on the ground under dead leaves and such, and they can VERY quickly grab hold of any skin passing by and, well, leech on!  They begin sucking blood very quickly and are rather difficult to remove, and to kill. Very hardy.

When the children realized there were TONS of leeches all over the place, they sort of freaked out. And I admit, it was rather alarming! They were getting all intertwined in the shoelaces of those in tennis shoes, and for those with sandals on, they were getting in between toes and crawling up legs. Yuck!

Needless to say, we abandoned our leisurely stroll much sooner than expected, and fled. LOL. Once we got back to the camp, we had to carefully inspect all feet, legs, bodies and shoes, remove many leeches, apply pressure and bandages to the open wounds, and assure everyone that they would survive.

If you want to watch a video to see what the leeches look like and a bit about their behavior, you could check this one out. 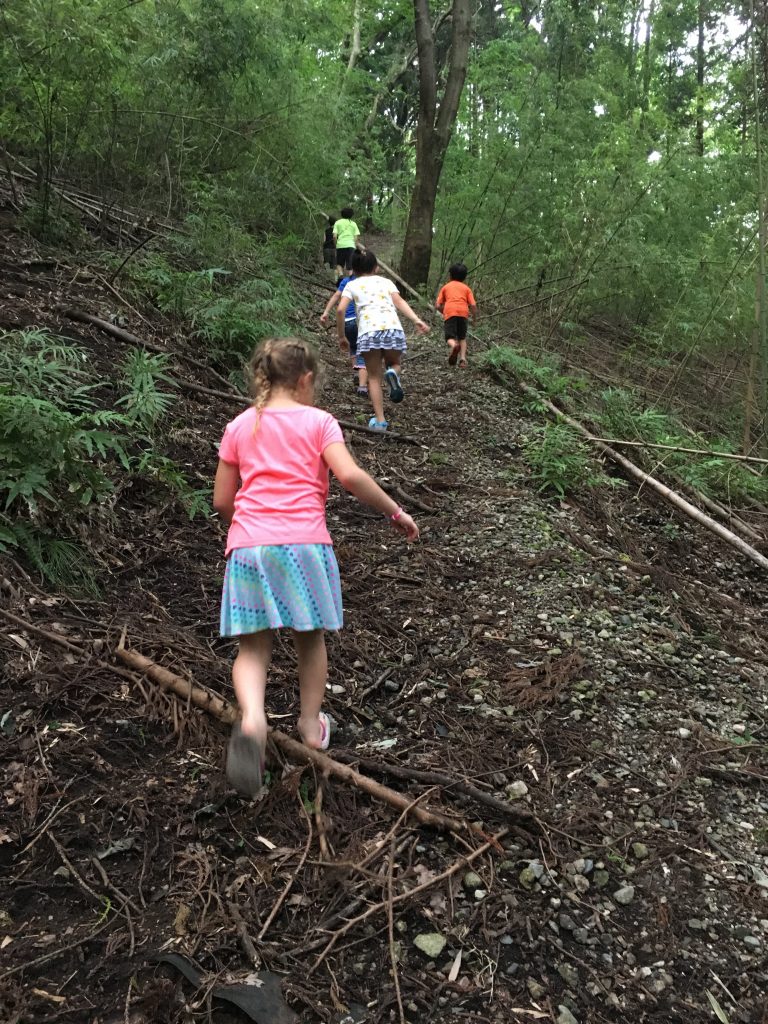 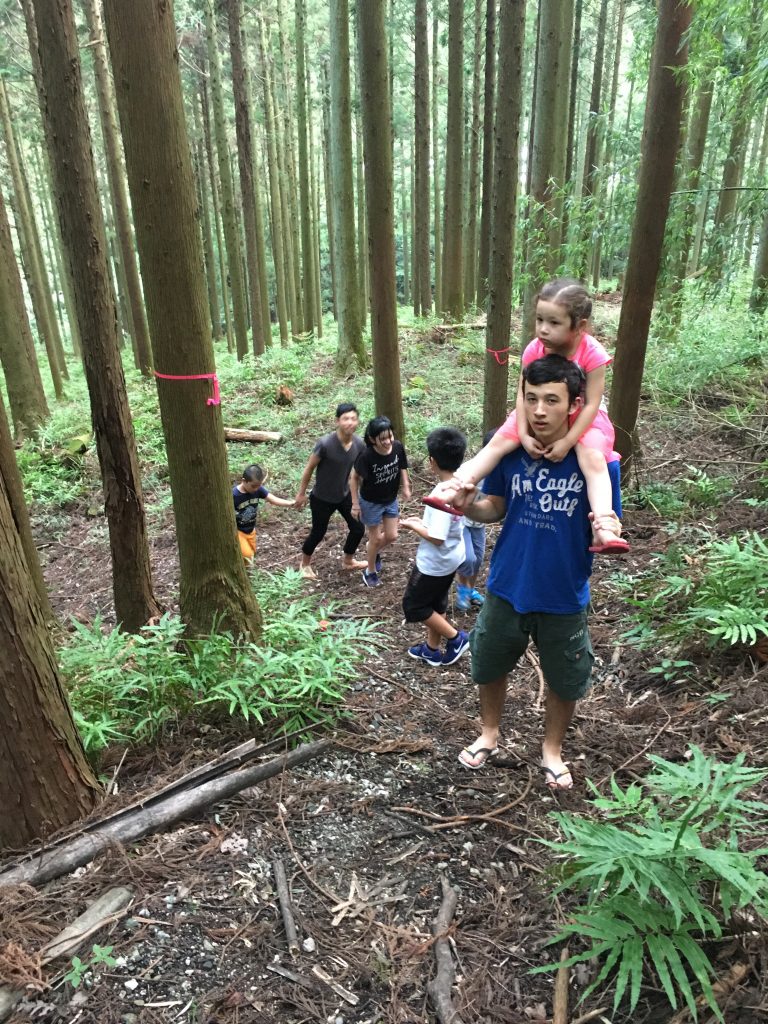