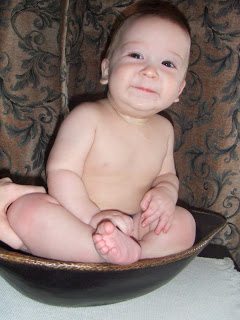 Johann is 6 months and More Stuff…

This past Wednesday Johann turned SIX months old! Half of a year already!

Remember this bowl? He fills it out nicely now! 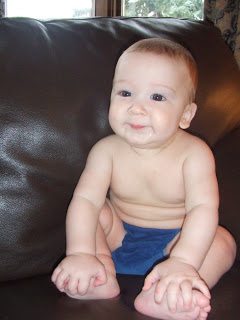 He is generally a happy baby, for which I am thankful, although he does have his moments….

He celebrated his six month birthday by getting his THIRD tooth! He was too shy to show them in the pictures, though. 🙂 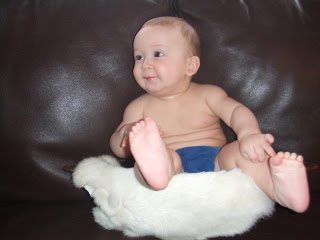 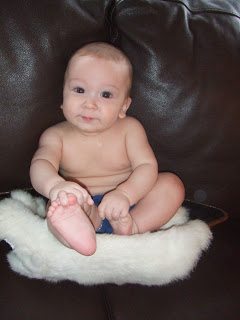 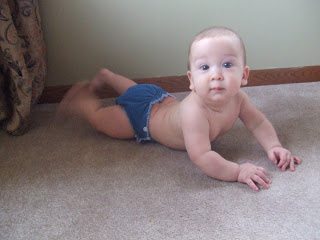 I wasnt able to capture it on film, but he is close to crawling. He gets up on his hands and knees and rocks and rocks, then moves his knees around. Wont be long… 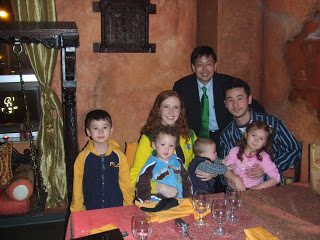 In other news, we had an awesome opportunity this week to meet an “old friend” from Japan! He had a one night layover in Chicago, so we were able to meet for dinner and a brief visit. When I first moved to Japan in 1998, I tutored his then 3 year old daughter every day to prepare her for entrance into an international school. I got to be very good friends with her wonderful family during that time, and here 11 years later, we are still friends! I would have loved to have seen the whole family as well, but it was wonderful to see Hideki for a little visit anyway. 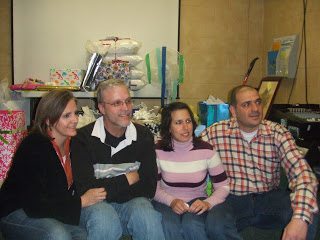 One more note in the international news department:

A group from our church went to Jordan last summer on a mission trip, to serve in an Iraqi refugee camp. They had an amazing time, and it opened up the opportunity for us, as a church, to become contact people for refugees being accepted into the USA! So, a family came in January – grandparents, their son and his wife and their 2 children, ages 10 and 13. They stayed with a family in our church, a homeschool family with nine children! Talk about a full house! (That is them in the picture, with Mustafa and Nabila.)

Anyway, the son and his wife are believers in Jesus, after having seen a vision of Him! They spent TEN years in the refugee camp in Jordan, waiting a country to accept them. Now they are finally here in America. The grandparents are still Muslim.

BUT, they have been coming to our church, and the church people have been SO awesome – inviting them to dinner, donating things and groceries, befriending them and such.

Last Sat they finally were able to move into their own place, and the church people were AWESOME, donating furniture and stuff. Then Monday night we had a house warming party for them at church, and the turnout was AMAZING and everyone was so generous, giving them much that they need to get started as a household.

I am so excited about the opportunity to show Jesus’ love to the parents, who dont know Him yet.

We stopped by their house the other night with a cake and the game “PIT”. Have you ever played that? It was awesome! Try explaining the rules to people who don’t speak more than a few words of English!!! We did a lot of LOLing! The dad told us the next day that he was dreaming about “two, two, one, one!” LOL!

Anyway, Im blessed to be a part of a body of Christ that so enjoys showing Jesus’ love in practical ways and Im thankful for the opportunity to be a part of ministering to this family!