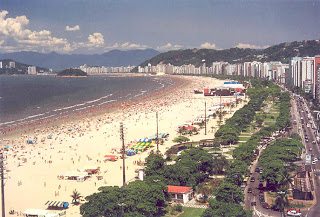 Well, we arrived yesterday safe and sound, though thoroughly exhausted! But we had a wonderful time and made so many wonderful memories. We have several hundred pictures from the trip, so I will spare you from the majority of them, but here is a small sampling:

First, Santos, Fabio’s hometown. What a place! His parents live about 2 blocks from this beach, which boasts the largest beachside garden in the world, as well as the largest port in South America. Who’da ever thunk I’d marry someone from here?? 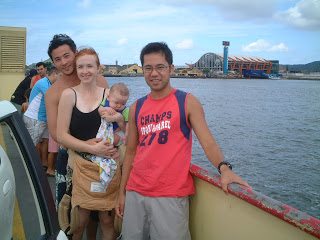 Santos is an island, so you have to take a ferry to get to the closest city. Here we are on the ferry with Fabio’s cousin, Henrique.
God had something really cool planned for this trip: we got to have a part in Henrique giving his life to the Lord while we were there! He is just recently back from Japan and not working right now, so we got to spend a lot of time with him and Fabio had a chance to do a lot of discipleship almost every day as we walked along the beach and sat at home, etc. It was so awesome to see the change in him even in the few weeks we were there! 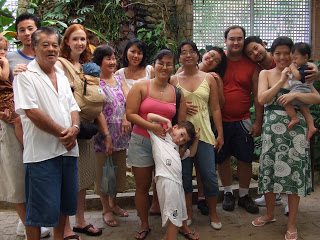 This is at the “orquidario” in Santos, with Fabio’s parents, siblings, and cousins. It is like a nature preserve with a lot of loose and caged animals, all from the Amazon. 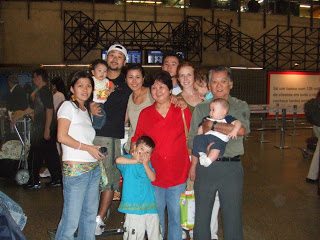 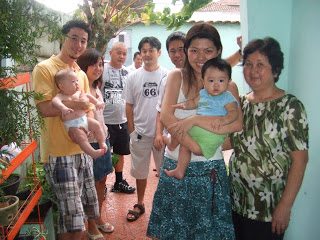 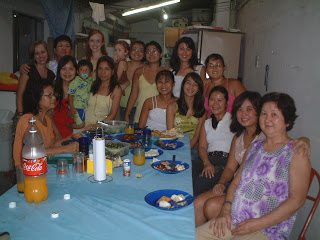 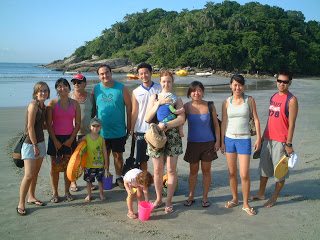 At the beach with Fabio’s cousins. 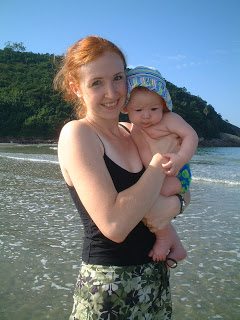 Mommy and Israel. He is 4 months now and growing so fast! He was a real trooper with all that we did during the last month. 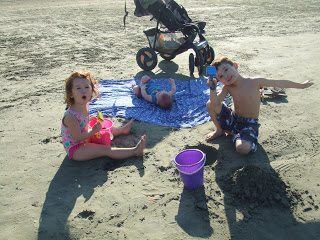 My sweeties at the beach. They never got tired of digging in the sand and playing in the waves.

We were very happy to have had this chance to re-connect with Fabio’s family and re-create family bonds. Everyone loved the children and they were spoiled rotten the whole time we were there! We had the privilege of seeing God move in several, and we are confident that it is only the beginning of what God will do in the family! How awesome! We were also pleased to meet for the first time and get to know our new sister-in-law, Carol, and their baby Leonardo, who is nine months old and a real smiley cutie. 🙂 The kids’ Portuguese improved quite a lot and they were able to build relationships with their grandparents, aunts, uncles and cousins for the first time. We are so thankful for the opportunity we had to go and we hope to be able to go again before another six years lapses. But, I am in awe once again of God’s timing and purposes. We have already seen so many reasons why God allowed us to go at just this time, and I’m sure He will allow us to go again in His perfect time.

I will post more of the pics later. I’m too lazy now! 😉