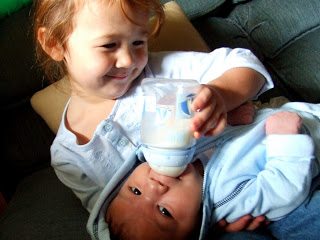 I didn’t have enough pictures of any one event to put together a cohesive post, but here is a hodge podge of recent events:

I got a call from a friend the other day whose car had broken down and she asked if I would take her three younger children while she figured out what to do. (Her oldest is in school.) Well, it all went fine and wasn’t too long, but it did help me figure out that if I really did have two 5-yr olds, two 2-yr olds, a nine month old, and a four week old all the time, well, I would be quite a bit busier than I am currently. 🙂 So, I had to enlist Dominique’s help here with baby Efrain while I tended to the others. She didn’t mind! 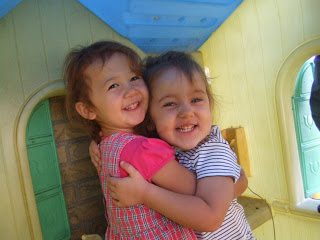 Isn’t this just the sweetest picture! The other day I got together with my friend Michelle H. 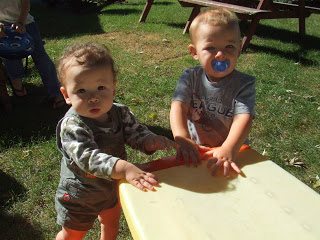 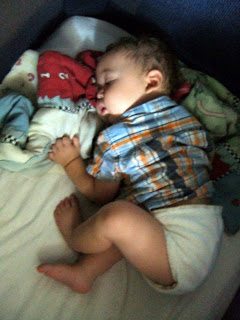 Israel will be ten months old tomorrow, and all of the growing he has been doing does eventually wear him out! (Usually not as quick as it wears mama out!)

This camera and her toy cash register are Dominique’s all time favorite toys! Actually, she has a few now that I think about it. She also just LOVES her babies and her cel phone and her many purses. She really enjoys playing “house” lately, but she doesn’t really know that is what it is called, so she just calls it “playing mamas and daddies and babies and bags”. 🙂 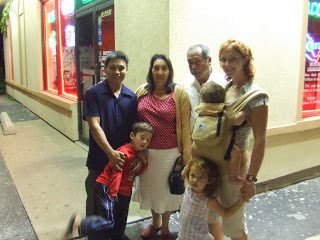 Here is a “small world” story: When we were in Japan, staying on a YWAM base in Osaka, we met a guy who was in Japan as a JET (English teaching program). His name is Eddie, and though he is originally from Guatemala, he had been in the States since childhood, and was from the Chicago area! Turns out that just a couple of weeks after we met him, his parents and grandmother came to visit and came to stay in Osaka at the YWAM base with us. We had a wonderful visit with them! They are such sweet Christian people who really love the Lord! We moved back to the States shortly afterwards, and Eddie did as well, a few months after us. And, though sporadic, we continue to keep in touch. They came to visit us last week and we always enjoy spending time with them. 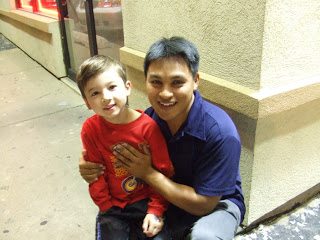 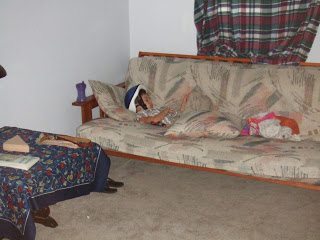 I also had a garage sale a couple of weeks ago, and a concerned friend saw that Joshua did not have a bike helmet and decided to buy him one. To say he likes it would be an understatement! Here we caught him taking his nap with it on!