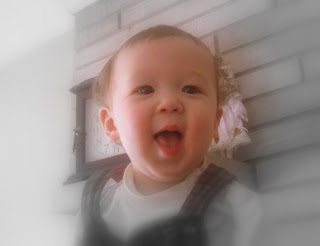 Today Israel turns one year old! How fast a year goes by!
Yesterday we had a little family lunch to celebrate his birthday, and unfortunately, he was pretty crabby…. he has been teething…. but we did get a couple of nice shots of him to put in his book! 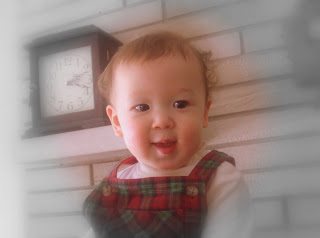 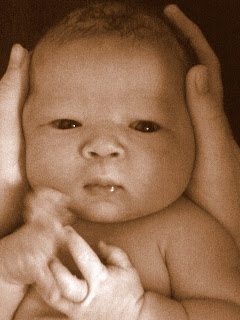 Remember what he looked like just one year ago?

I know I’m biased, but I just thought he was just *the* most beautiful newborn! He was one hour old in this picture, *exactly* one year ago to the minute, actually, as I type this. 🙂 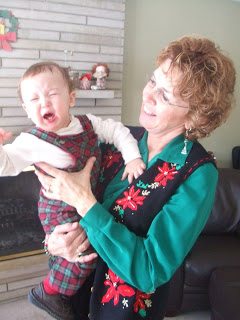 This was how he responded most of the day yesterday, to anyone but Mommy holding him…. not quite so cute! 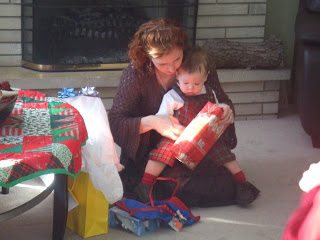 He got into the gift opening a little bit. 🙂 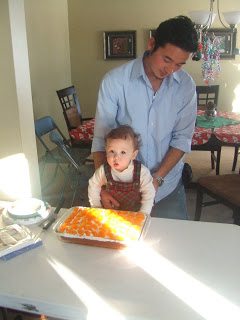 Then he wondered what in the world everyone was singing in his face and staring at him for! 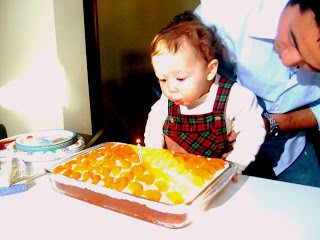 He must have been paying attention at other parties we’ve been to recently, because he seemed to know he had to blow out that candle, without us ever having tried to teach him! I love his little pucker. 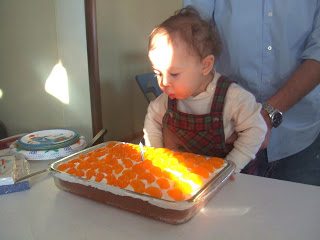 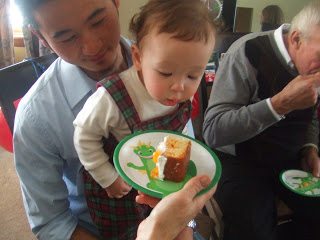 And….. we decided to let him try some!
First he just stared at it and kept looking at us, like “Are you really gonna let me *eat* this??” 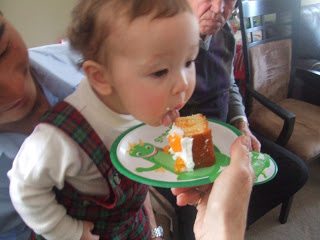 Then, he started to suck on it! It was so cute how dainty he was about it – never getting his hands in it, but only his mouth! At this point, I could really appreciate having ONE neat child! 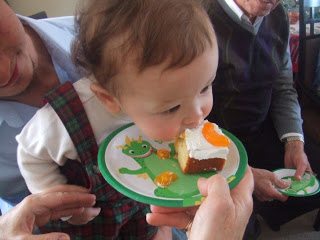 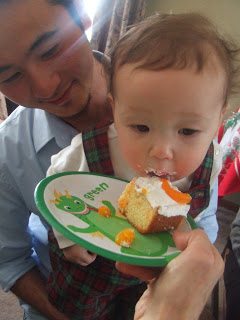 Now, for a little bit of “journaling” about Israel:
I weighed him this morning, and he weighs a mere 22 pounds (10 kilos). He is not walking yet, but I think he will seem tall once he starts, at 32 inches tall (81.5 cm). He does say a few words, mostly “mama”, “papa”, and “nana” (banana, but recently applies to all food!). He also recently started doing some sign language, although he has understood it for some time now. He has been doing the sign for “more” and “milk” for the past couple weeks. I just LOVE when the little ones sign! He really enjoys eating food, but he is still nursing a lot, too.
He is generally rather laid back and easy going – a real joy to have around! Daddy and Mommy love you, Israel! God bless you, child!

On another note, yesterday morning was also the day that our neice Moriah was dedicated to the Lord at their church. 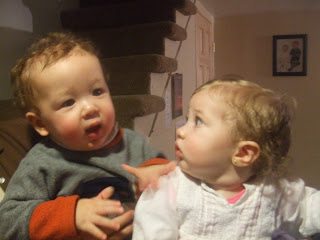 Here are a few more failed attempts at trying to get a decent picture of Israel and Moriah together!
These are from Saturday, and Sunday. 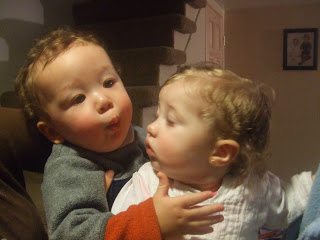 They are usually both in movement, and therefore turn out blurry. I’m not even worried about smiles – I just want them to at least both LOOK! I can’t even seem to manage that! 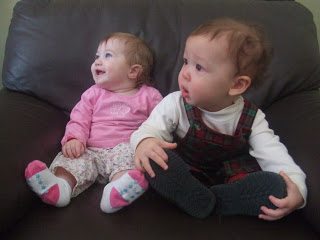 At least Moriah was smiling here. 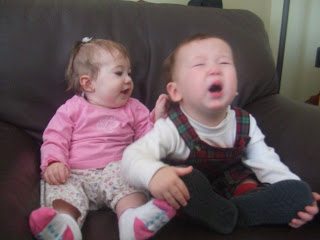 Then she caught sight of Israel’s luscious irresistable curls and that was the end of trying to get a happy picture of Israel! 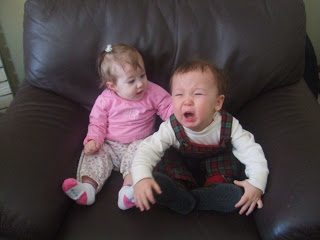 Moriah found it amusing to pull Israel’s curls, but Israel was not nearly so charmed! 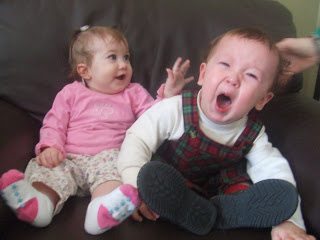 This was about the time we decided to give up! 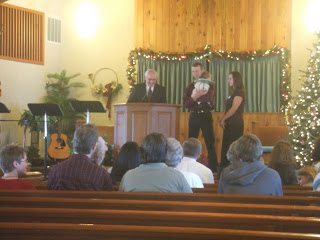 This is at Scott and Amanda’s church for the dedication. 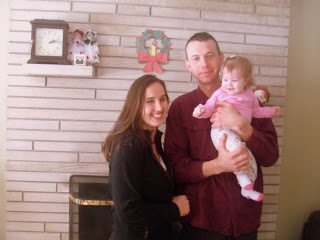 We love you, sweet Moriah! May God richly bless your life! 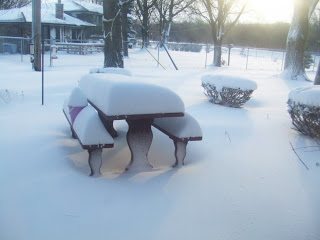 We had quite a bit of snow over the weekend! It is pretty, even though it causes much inconvenience! 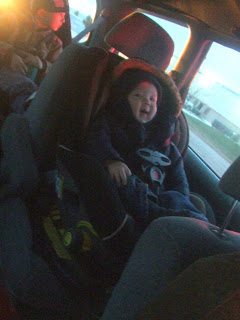 Now that he is ONE, I turned his carseat around, and he LOVES facing forward now! I like it too, now that I can see him better. So at least he was more content during the LONG time it took us to get to and from a birthday party Saturday night! 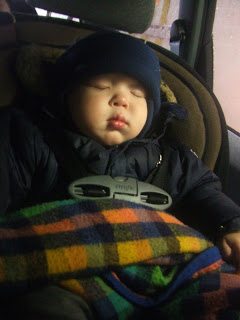