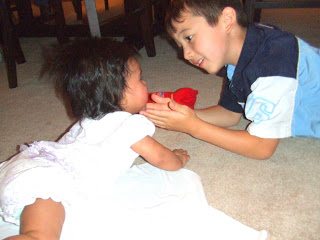 Getting Ready for Baby

Sorry for the recent silence! We were without internet for over a week, and I guess I didn’t have anything too exciting to post about anyway! We have mostly been sticking close to home lately, as we get closer to having a new baby in the house. I am really slowing down! Things are gradually getting marked off of my “to do before baby comes” list, but the sad thing is that it is NOT because I’m actually doing them, but rather because I’m deciding not to! LOL…. 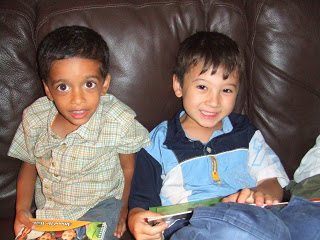 First, here’s a picture of Joshua preparing to be a big brother – again. 🙂 We had some friends over a week or so ago with a darling little girl, and handsome son that the kids enjoyed playing with. 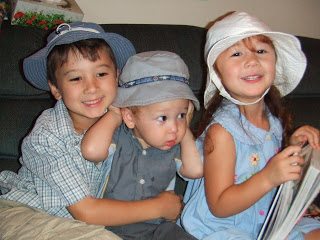 And here was my (failed) attempt to get some nice pictures of the kids together while there were still only three of them! Israel did NOT like his hat, and was just out-of-sorts in general, and the other two’s smiles faded quickly, as you can see in the next shot! 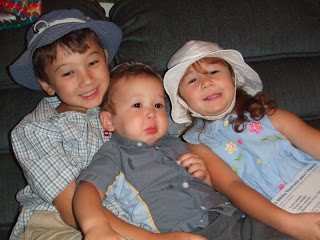 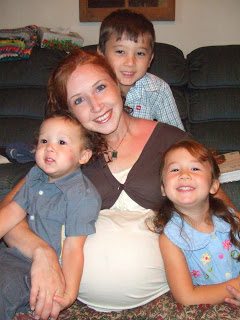 An here was another attempt, this time to take pictures of the kiddies with their “sibling under cover”. It didn’t work out too well either, but anyway, here we are! 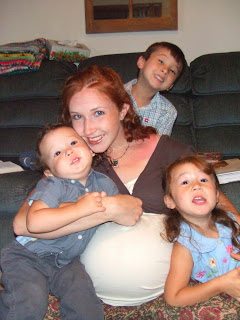 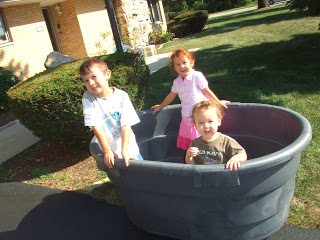 And my friend Kendra brought over the birthing tub this week! She also painted my toenails for me, which I SO appreciated! Hard to reach down there these days….

Anyway, we went out a few days ago to clean out the tub and bring it in the house, but the kids asked if we could fill it up and swim in it instead, so we did! (Or rather, they did!) 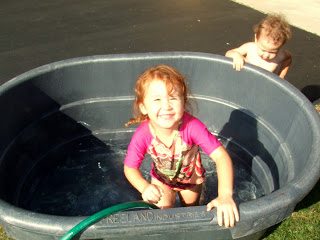 And that is how they have been spending the pas three days! 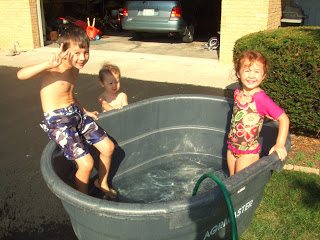 And no, I’m not going to leave it in the driveway!! Although, if we lived out in the middle of nowhere and the weather was right, an outdoor birth might be kinda nice…… 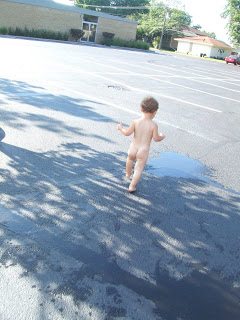 Anyway, Israel did NOT like getting wet, so when he got splashed, he promptly removed his swimming trunks and took off running! I was on the phone and couldnt run in and get clothes for him immediately, so I took pictures of him instead! 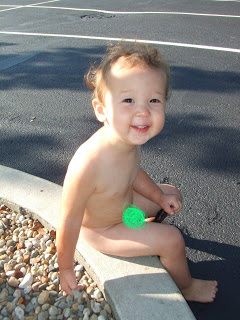 Why do babies think it is so fun to be naked? 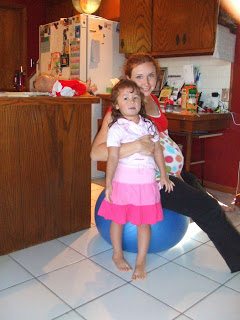 More preparation: sitting on the ball! This is actually one of the only relatively “comfortable” things I can do at this point, and it is supposed to be really good for optimal fetal positioning, too. 😉 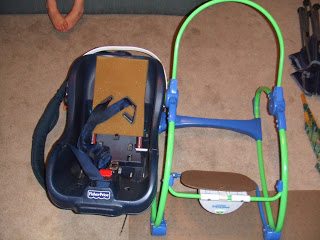 More prep: washing the liners for the carseat and infant rocker: 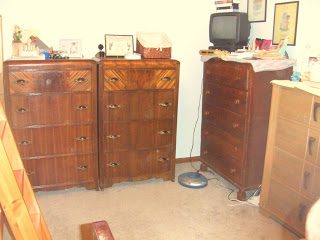 And this was a biggie. ALL summer I have looked for a chest of drawers for the baby at garage sales and found NOTHING suitable. The few I saw were either they were too junky, or they were asking way too much. Anyway, I’m glad I waited, because I found these two identical antique chests of drawers a couple of weeks ago, for FIVE dollars a piece!!!

So, we cleaned them up and aired them out, and replacing the dresser Joshua had with these two gave us the space we needed to keep them all in the same room. All ready, and stocked with freshly washed baby clothes, too! 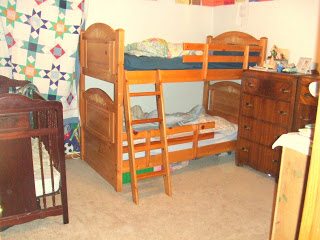 Why all in the same room, you ask, when we have other rooms available? Well, because that is what is working right now. 🙂
They like to be together, they don’t get scared at night that way, the room is big enough for them to fit, and it is nice for me to have all their dressers in a row so I can get all their clothes out and put them all away much easier. We don’t really use the bedroom for anything but sleeping or dressing, anyway, and it’s good for them to learn to share. 🙂 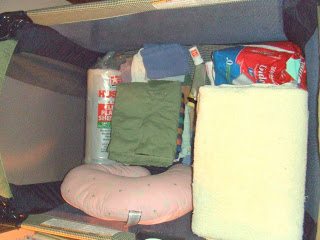 I put up the pack-n-play in our room too, where the baby will sleep for the first six months or so.

And what is all that junk inside it? All the supplies for the birth. I think I have everything we need all gathered up now. 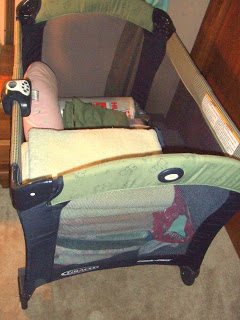 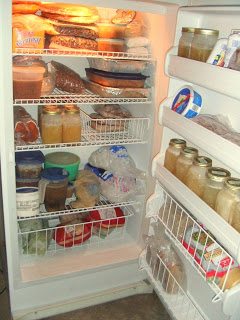 If there is one thing I have tried to do with the small energy reserves I have on occasion, it is put food away in the freezer. We can live with dust on the baseboards after baby comes, but the longer I can go without having to cook too much, the better! The ladies at our church lovingly bless us with homemade meals for the first while, and then I can start pulling stuff out of the freezer. 🙂