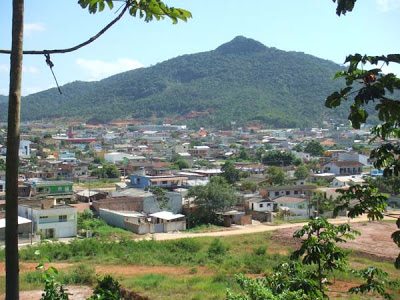 Getting Into Life in Camboriu

This is the mission field:

Hey Warriors of God!
This is just a quick note — Fabio at the keyboard this time.
I wish we could talk on Skype with many of you but internet here is so desperately wicked that the speed doesnt allow us to use skype because it is too slow.
I took me about 6 hours to load one 10 min youtube video! Yes, very very ridiculous. But they said they are working on getting high speed internet here at the church and are now just waiting for the phone company to install it (which may take several more days – it has been about 3 or more weeks already! Nothing happens fast around here…)
We also have had virtually NO time to “hang out” online, and catch up on email. Elizabeth plans to do so soon though – and thanks you for your patience!!
Life here in Camboriu is really hectic. When we got here we met 3 guys here in the church who had left drugs and had been clean for a few days…well, the next day one of them disappeared, then the other one too. (These two are Diego and Dodo that are pictured in the post below.)
One was left (Vamilson- also pictured in the post below), and I have been working with him to keep him strong in the Lord and out of the drugs. I went with him to the store a few times and twice he was stopped by a car, which was a drug dealer offering him drugs, but he has been strong enough to say NO so far.
Vamilson e Johann: 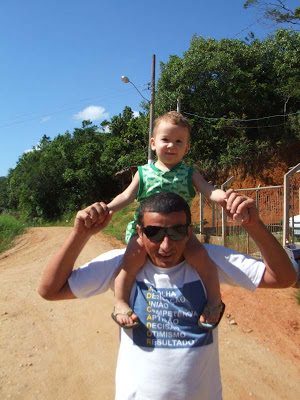 We have been praying and working on trying to get the other two back.
Yesterday, a guy that was totally drunk stopped by in the afternoon. His name is Gilberto. We gave him some coffee and let him take a shower, and as we were ministering to him he was totally broken, recognizing he desperately needed help. He stayed for the evening worship service, and was very receptive to the ministry of the word and prayer. After church we took him to a home (a Christian place called Bethseda where they take care of people getting out of drugs and alcohol). We went back to the home today (for the third time), and what a work of God is going on in that place! There is much we, as a church, can do to facilitate what they are doing there. This is the faithful couple running this ministry, with their miracle van. They spent some time praying for a new engine for their old broken down van, and instead God gave them a brand new one! 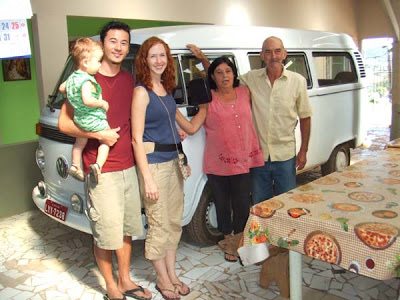 Then during our “free time”, we are working on this building which they moved into only 4 months ago, doing Bible studies, preaching, going out to talk to people on the streets, drawing a Bible tract for the church, planning the website, taking care of my marriage, taking care of my children, taking care of my relationship with God, praying, praying, praying…..
This is the church building that was an absolute miracle! We are staying on the third floor in a room there. To the right, you can see a veranda. There we pace and pray late at night for this city and neighborhood. It has been very good times. 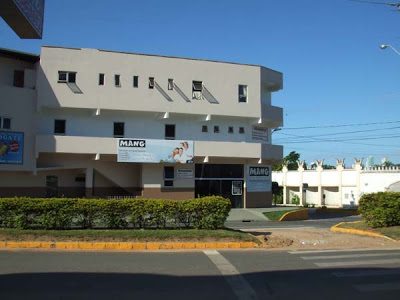 We have only been here for about a week and are still trying to learn about the church and its work in the community. We are still praying for God’s clear direction for our lives. We are confident He will show us in due time.
I was impressed at the servant hearts that the church members here have to give all they can in order to help a brother. One day I was casually talking about taking one of the recovering kids back to America with me to give him some vision — that the world is a lot bigger than just going to drugs back and forth, and this way he would stay away for a while from that lifestyle, get into the Word, prayer and fasting and testify in America or even Japan! When I said that God would provide for all that to happen, one of the guys at the table interrupted and said, “You can have my month’s wage (here people are paid by the month) to take him!”
A lesson for me. 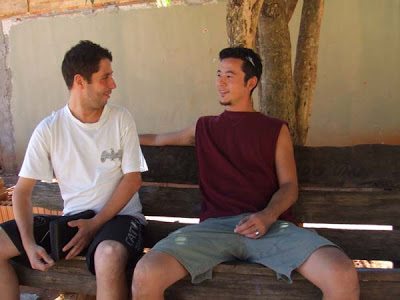 They have mentioned they wanted to build a soup kitchen, and a drug rehab center to reach into the community more effectively as it is hard to preach that God loves them when they have their bellies empty or their brain not functioning properly. They also talked about computer school, English school, and so on to help the poor get on their feet and find jobs instead of always feeding and clothing them.
So there are plenty of opportunities to serve and reach out to the world here if you feel this is what God would have you do. If you are feeling God leading you to do something bold, don’t be afraid of stepping out and doing it! If you feel God leading you to support the work going on here, don’t be afraid of that either!
Thank you so much for all your support and prayers.
Since we got here that series of sicknesses and fevers have left. Praise the Lord! We were sick of being sick all the time.
God bless,
Fabio
(PS: What God is doing inside of me: In America we weren’t rich or anything but there was such abundance that before we left we threw away lots of things we thought were garbage. Including lots of pieces of clothing and some shirts that were even fairly new, but I did not like them very well…I had the privilege of choosing brands and colors to an extent. Our old appliances, furniture and vehicles were not at all a motive of pride, but little did we know that from here they would look so precious. Makes me think that too much we spend our time, money and energy after the “wind” -things of no eternal value, while the Kingdom is waiting for us to simply say, “Yes Lord.”)
Now this is Elizabeth to add a quick note:
I started on Monday, teaching English classes at the school called PETI, in the favela. I loved it! I will be teaching two hours on Monday morning and two hours on Friday afternoons. I didn’t get a chance to take pictures in the classes, but during recess they sure get into playing soccer!!! 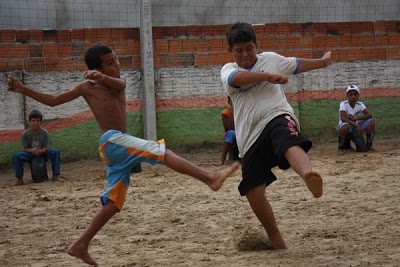 I took the kids with me, and Joshua was trying to get in on some of the soccer action: 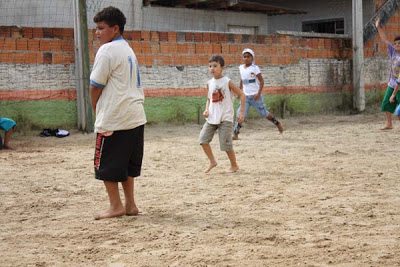 There is a little boy that lives next door named Guilherme that has practically been living with us. He is one of six children, and all of them live in a little one room apartment next door. It seems both of his parents are on drugs, and his older brother and sister “take care” of him and the other little ones. He just loves it here, so he comes here and stays all day whenever he can. Then I walk him home, and sometimes his mom doesnt even know he was gone. She hadn’t noticed. How sad! He is so starved for attention and affection. When I tell him to give me a hug before going home, he doesn’t want to let me go…. my heart heaves and aches…. 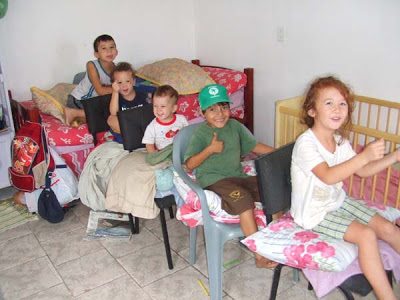 These are the only shoes Guilherme has: 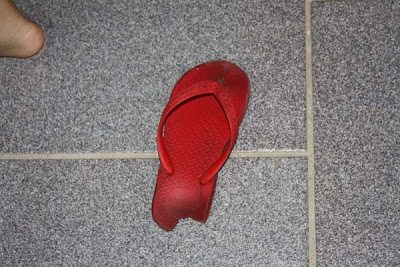