“Mommy, I don’t feel good!” It was Johann speaking. We were in the car on the way to a seminar about two hours from here. Oh, no. Not again! It seems that every time we go out to do a seminar, we are attacked in one way or another.
The previous week we travelled to another state, about four hours from here, and for a change, all seemed to be going just fine. About the time we arrived, Joshua said, “Man, there must have been a mosquito in my bed last night!” I looked, and on his leg there were several red, itchy spots. I brushed it aside and we continued with our preparations for the seminar. About half-way through the seminar, he said, “Mommy, I’m so itchy I can’t stand it!” I looked at him and realized to my horror that he was turning red with puffy splotches, from his head all the way down his body. I felt helpless to do much for him at that moment, but pray, and tell him to hang in there. By the time the seminar was over, he looked like one giant swollen beet, and was feverish to boot. We rushed back to the pastor’s house and called their neighbor, a nurse, who said it was an allergic reaction and gave him some medicine. We waited to determine whether or not we needed a visit to the ER, but after about an hour and a half, the fever and itching started to go down. We stayed watchful with him through the night, giving him further doses of the medication, but we did not end up going to the hospital. Over the next two days, the reaction subsided. He had never had any kind of allergic reaction before!
So, back to the story in the beginning – Johann last Friday. He moaned and groaned, and we all prayed. One thing our children are learning to do- pray! Shortly after our prayer, he vomited (thankfully into a plastic bag!) and after that he felt much better. No fever, no nothing. Praise the Lord!
A few months ago, we revised our study guide and included a new section entitled, “How the Devil sees your Children”. Here we teach about how much the devil hates the next generation, and that as he does not know what God may do with any child He gives, the devil has always wanted to destroy the next generation. We see many examples of this throughout the Bible and into our modern times. We conclude this part of the study with the summary, “The Devil is a thief, a Murderer and a Liar”. When we tried to print this new, revised study guide for the first time, every page printed perfectly until it reached that particular page, and then the printer kept jamming! Fabio didn’t notice at first which page it was, until the third time. Every page printed just fine until it got to that one! He called me and we prayed together, and after that it printed again, even that “problematic” page.
The first time we did a seminar with this new material teaching about the devil’s role as a thief, murderer and liar, someone broke into our home and stole all of Fabio’s power tools he had brought from America. The “weird” thing was that he apparently was in no hurry, as he seemingly hung around to lay on our couch and drink some juice we had in the fridge! We were doing the seminar closeby, and got home quite early (before 10pm), so this was a rare kind of robbery indeed.
Other times it has been unexplainable technical difficulties, a teething baby so crabby that it was nearly impossible to get out of the house, much less do any of the speaking, and so forth. Sometimes these setbacks also cause discouragement as well.
The good news is that if we are encountering this sort of resistance from the enemy of our souls, the enemy of the next generation, then we are on the right track! We are seeing families being renewed and transformed by these seminars, not because we are anything, but because the Word of God is powerful and active and the Spirit of God is raising up parents that are serious about stepping up to the call of discipling the next generation to be MIGHTY on the earth, for the expansion of His Kingdom!!
We always go forth to minister these seminars in much prayer and vigilance, but we also recognize the POWER in the unity of the believers in prayer. We know we have the victory in Jesus, but the battle is often intense. We ask for your dedication in covering us in prayer! 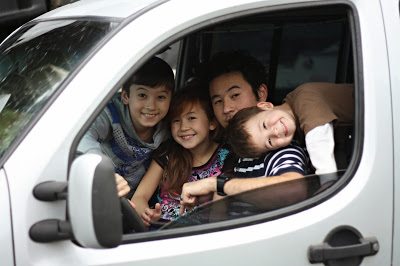