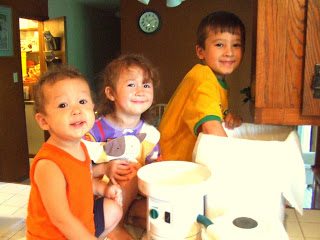 Here is a hodge-podge post of the past week:

The children just LOVE helping me in the kitchen! Sometimes it is just easier to “get it done”, because with so much help, it takes me three times longer, but I’m trying to keep in mind that one day, it will pay off! 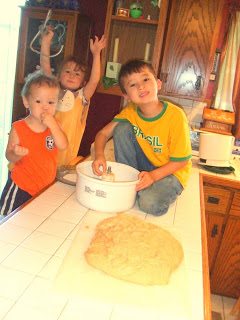 Their favorite part, of course, is licking the bowl and spoons – even though we were only making bread dough! I don’t share their taste, although I do enjoy it if it’s cookie dough! 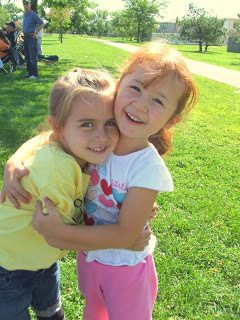 Isn’t this just adorable??? Dominique and her friend, Kaylin. They were so giddy they could hardy stand still long enough to get a shot, giggling and falling all over each other! Girls!…. 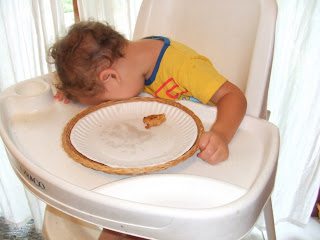 A few days ago, after lunch, Fabio and I were talking in the kitchen while the kids finished up. It was refreshing that they were being rather quiet and we could actually have a conversation – even Israel, who was crabby and ready for a nap. When we looked back, we realized why he was so quiet and just how ready for a nap he was! 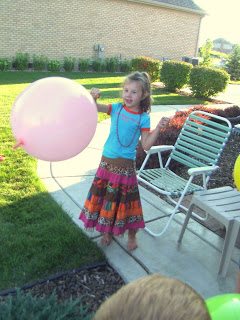 Last week we had a family birthday party compliments of my Aunt Diane. She had the idea, since there are so many of us, that instead of sending each of a card, she would just sponsor a pizza party and we could celebrate *everyone’s* birthdays, all at once! So, we did. 🙂

Mom got punching baloons for the kids and they were a big hit! This is Cheyenne with hers. She said it was a “pregnant belly”. LOL – I do kinda look like that, don’t I?? 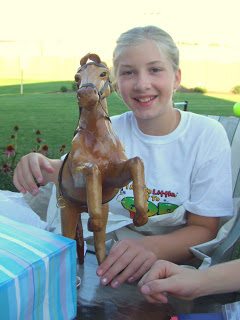 Our family birthday party happened to fall on Jessica’s actual birthday, so even though we had celebrated once, we celebrated again! I can’t believe she is 12 years old! (and almost as tall as me!!!) 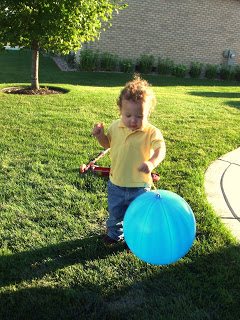 Israel with his punching balloon: 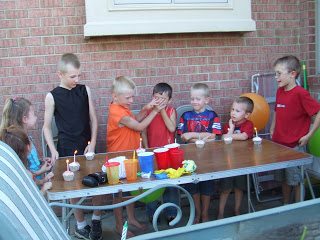 We all sang “Happy Birthday to us” and each had a cupcake to blow out the candle on! 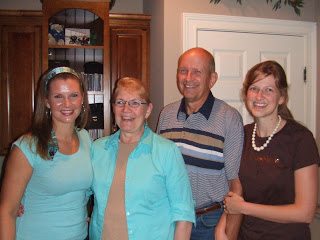 Suzy’s parents, sister Rhonda, and nephew Benny were also in town from GA to celebrate with us. It was great to see them! 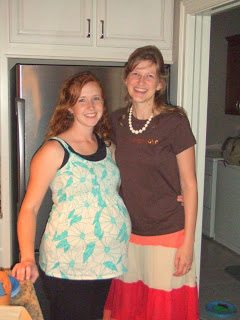 Rhonda and an inflated Elizabeth: 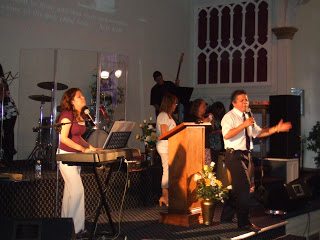 Then we left early Sunday morning for Milwaukee to visit a church there that is special to us. The Peruvian pastor there is the one that founded the church in Japan that Fabio and I were a part of years ago. They have been serving the Lord in Milwaukee now for about six years.
We stayed until Monday afternoon and had a wonderful visit with them. 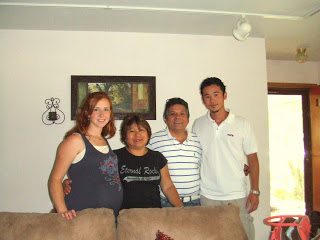 Pastor Edgardo, Ana, Fabio and I 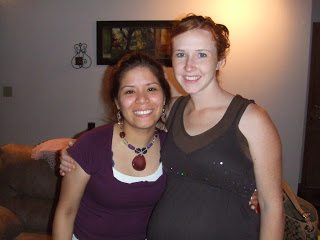 Their oldest daughter Katy and I: 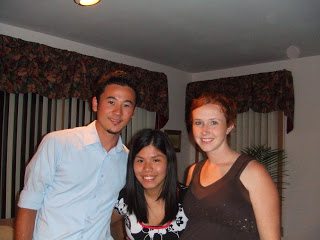 With their youngest daughter Genesis: 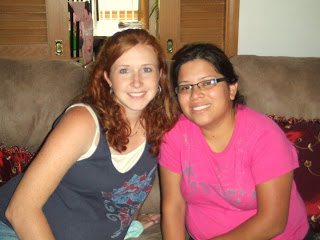 And with their middle daughter Gizeth: 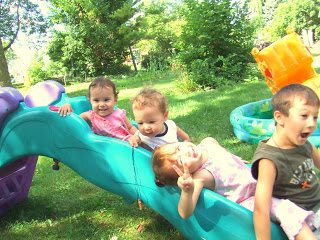 The little princess on the slide with my littles is Gizeth’s daughter Priscilla, who is 14 months old: 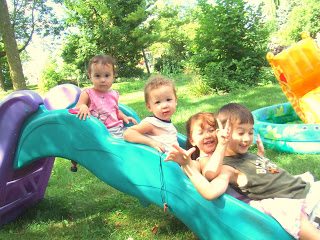 I will share one last little bit of *almost* excitment to for this week before I close. I had my prenatal check-up on Tuesday and the mw was unsure when she palpated my belly whether she was feeling one or two babies….
So, she came back on Wednesday to feel again and listen carefully for heart tones, thinking that if baby was in a different position, she may be able to confirm the presence of only one baby, or not.
Unfortunately, she was still not sure of what was going on – I was “so full of baby” and there were “little parts all over the place”. There was enough doubt in her mind about the possible presence of twins, that she highly recommended that I go in for an ultrasound. So, I did, on Thursday evening. The ultrasound confirmed that there is only ONE baby present in my womb, but s/he seems to be very BIG. Surprise, surprise, huh? So, after two days of anticipation, I was rather disappointed, but I am glad to know for sure now instead of wondering from now until the birth! We still have one surprise to look forward to, though – we opted out of finding out baby’s gender….

Anyway, even with only one, I am extremely “full of baby” and actually feel like I might burst sometimes! I am slowing down considerably these days out of sheer necessity, and what little energy I have I am trying to use for nesting and preparing for baby’s arrival, while I can still move!