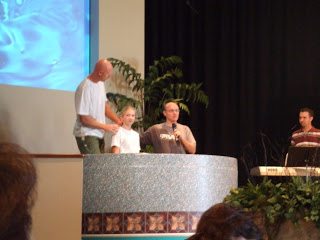 This past Sunday we had the privilege of being with my neice Jessica as she was baptized. We went to their church with them and then later we all had lunch at Mom’s, but I forgot to take any pictures there! Too much going on… 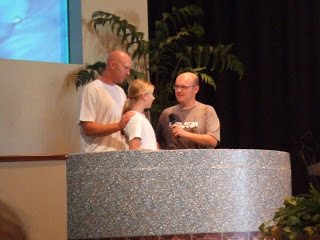 Anyway, one thing I really like about the way their church does baptisms, which is the same way our church does it, is that the father of the child, or in the case of an adult, sometimes the one who led them to Jesus, is the one who gets the privilege of baptizing them.

So, here is my brother Aaron baptising his oldest, Jessica, age 11. She is such a sweetheart and we were so excited for her as she took this big step of faith. What a special day!

We love you, Jessica! 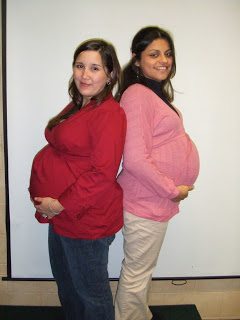 Then last night, I coordinated a baby shower for two girls from our group who are both due in December with their first-borns, Nelly (to the left), and Alejandra (to the right). 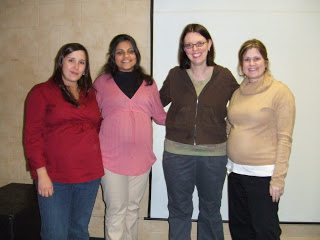 I like to get a pregnant ladies shot at baby showers. Nelly, Alejandra (Ale), Lisa -due in May, and Clair – due in February. 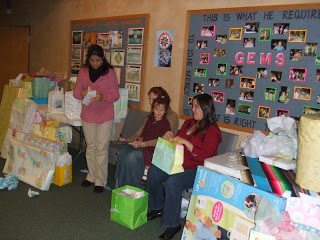 Opening gifts. I sat inbetween the ladies to write down the gifts, and Dominique was SO excited to sit right on my lap and “ooooh” and “aaahh” over each sweet little baby item! Such a girl! 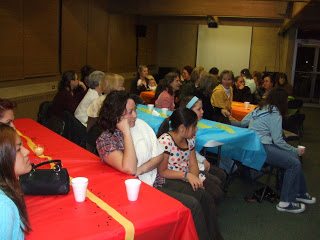 The crowd. I was thankful for a nice turn-out!

I never posted about this, so I will now. 🙂
Another girl from our group, Maricela, had her fourth baby in August (first boy), and we had a surprise shower for her. She was TOTALLY surprised, which was really fun!

Here she is looking very ready! She had her baby boy the next week. 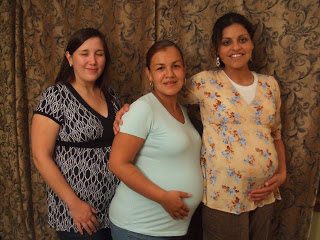 And here she is with the ladies from last night! You can see they have all changed a bit since then! 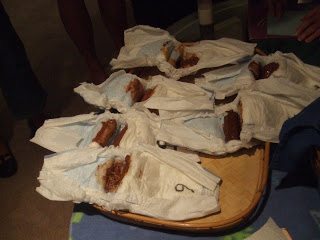 We played a really fun game at this shower: the poop game!
You select several varieties of chocolate candy bars and microwave each one in a numbered disposable diaper. Then each party attendee guesses what kind of candybar this it is and writes down their guesses. :-)~