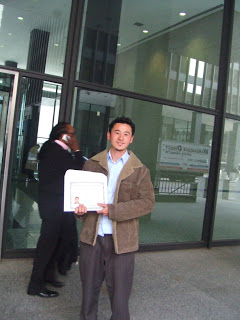 All Kinds of Exciting Stuff!

Fabio went to the swearing-in ceremony last Wednesday for the last formality to become an official American!! I was TOTALLY bummed that I couldn’t go with him, because I was sick as a dog…. 🙁 Poor guy had to go to his special day all alone, but he said it was okay. So, yay for citzenship! 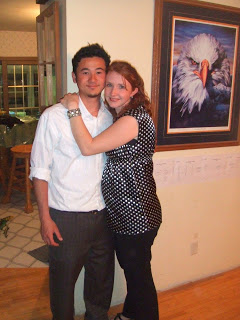 A few weeks ago, we celebrated seven years of marital bliss! This pic was at my brother’s house – they kept our children for us so we could have dinner out. 🙂 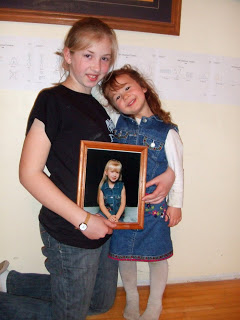 If you can tell, the outfit Dominique has on is the same one that Jessica had on in the picture she is holding! 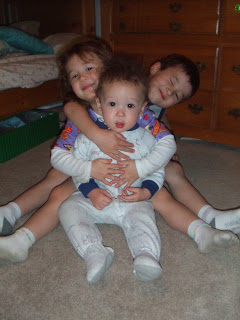 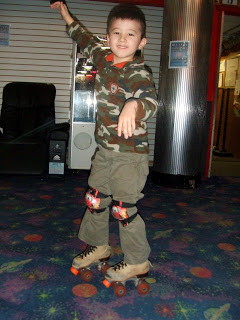 Joshua has been taking rollerskating lessons for the past six weeks with the homeschool group and totally loving it! He still hasn’t totally “taken off”, but he’s getting closer! It is a good outlet for energy anyway. 🙂 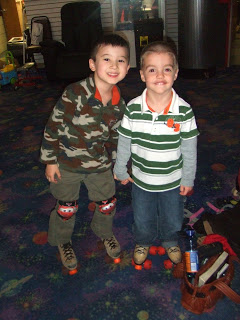 Here he is with Mateo, one of the friends he made skating.

Dominique takes her roller blades along and practices on the carpet. The instructor actually has had her come out on the floor several times, which she loves. She is actually doing quite well and I may end up enrolling her next session. 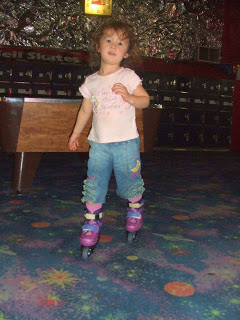 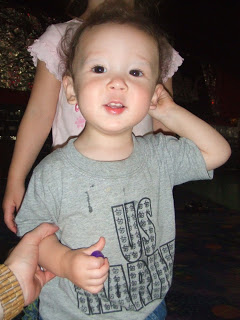 For the most part, Israel hangs out on my back while we are there, because if I let him down, he thinks it is a great game to run out onto the slick floor too! So, I often have one strapped to my back, one in my belly, and one in skates by each hand. 😉 Doesn’t get more fun than that!

And speaking of exciting, we had a hail storm here Friday morning! We saved some of the ice balls in the freezer to show Daddy when he got home. 🙂