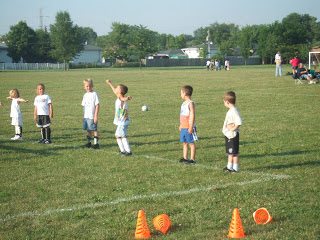 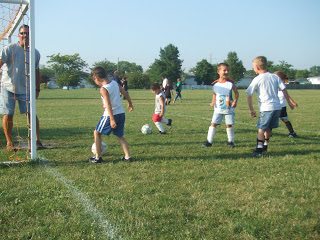 Practice was interesting! Most of the kids didn’t really know what they were supposed to be doing, although they were well-intentioned, for the most part!
Joshua did run a lot, though, and slept wonderfully that night. 🙂 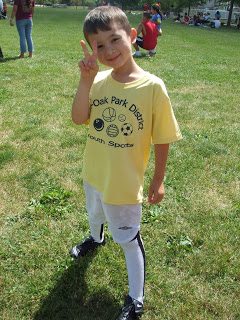 Here he is yesterday all ready for his first game! It was even more interesting and fun to watch! The majority of the kids didn’t really know what they were doing, and so the one or two on each team that did pretty much dominated the game and the others just ran back and forth behind them in a big mob. 🙂 It can only get better from here on out, right? Like I said, it was a lot of fun to watch the cuties, and really good exercise! 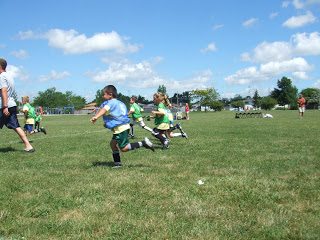 Some action shots of the game. It was hard to get close-ups of Joshua, though. He is the one in this picture in the green jersey running further back from the boy in the blue jersey, center. 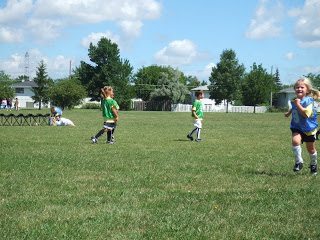 This is a little footage from practice. Joshua is the one in the blue shorts. Unfortunately, we didnt have enough camera battery to film anything at the game, so that will have to wait.

We’ll keep ya posted on his progress! 🙂